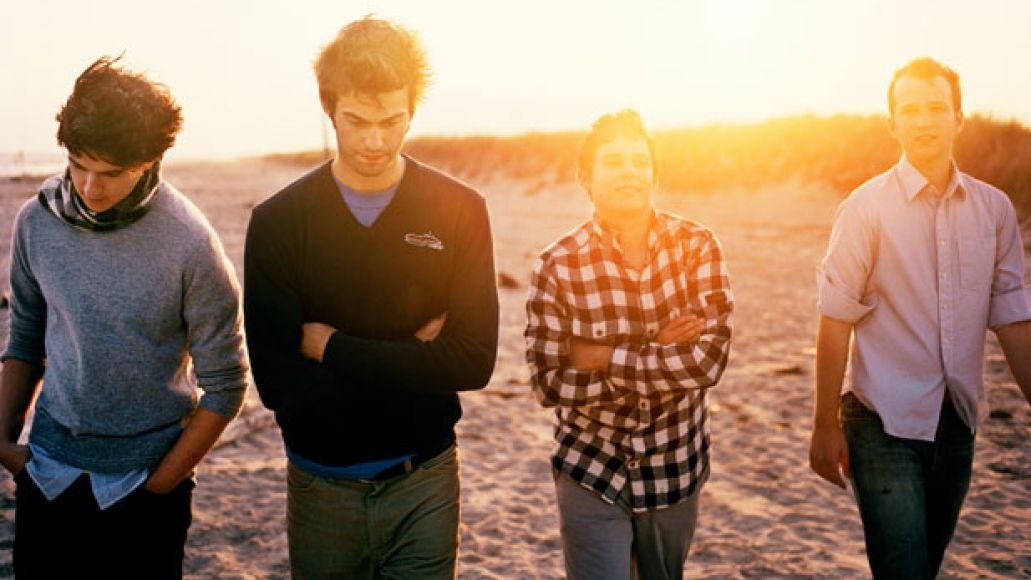 More cover fun, courtesy of BBC Radio. Today, Vampire Weekend covered frontman Ezra Koening’s second favorite song — UK pop star Cheryl Cole’s 2009 hit “Fight For the Love”. Abeano Music has a recording of the band’s rendition, which you can stream below. By the way, thanks to Vampy Weeks, Cheryl Cole and Rancid now have something in common!

“Fight For This Love”

In other Vampire Weekend news, the band recently told MTV (via Paste) that they’re in the early stages of making their third studio album. “In terms of working on it, have the four of us gotten into the studio and started laying down tracks for it? Not in any formal way, but in some way that’s not even the most important part of the process,” Koenig said. “So the ball’s already rolling. When and how we start working on it — we definitely need a break — but the talking about ideas, that’s already happened, and there’s definitely stuff floating around.”

Koenig went on to note that this particular effort will be at least somewhat inspired by big budget comedies. And unsuccessful ones at that. “The Love Guru, a notorious financial failure, The Rocker, [that] didn’t do too well at the box office, Bride Wars, that was the exception,” Koenig said. “Any time you interact with a piece of art — whether it’s something that goes on to be your favorite or something that maybe you find issue with — still, that’s going to help you think about the art you want to make.” Horchata is so 2010, after all!

The band put no ETA on the followup to 2010’s Contra, but added that they don’t see any reason to rush it.