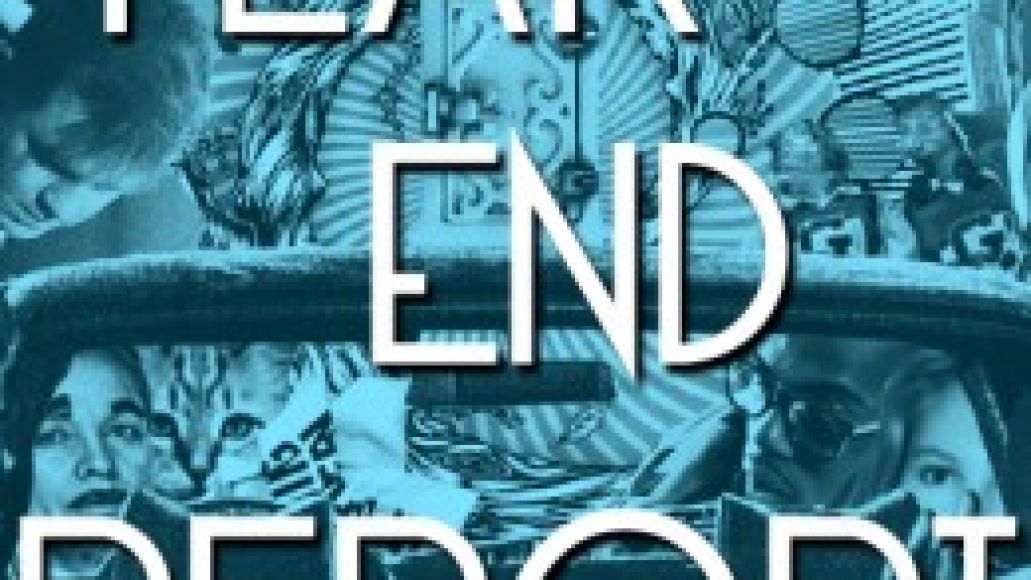 The end of the year — CoS‘ fourth on the Internet — approaches, closing a very exciting run. It has been arduously difficult to decipher the commotion over my iPod blasting a ton of new music, and for this, I am thankful. Let us cross fingers that the nukes don’t come out blazing during the New Years’ parties, or else I will miss the fireworks of a loony self-fulfillment.

We could sit here and reminisce on everything of prominence over the past 365 days, and all of you gracious readers that strapped us into the #1 Music Blog position on About.com could bask in nostalgia’s glorious sun shower. In the essence of practicality, while revisiting landmark albums like Exile On Main St. and Pretty Hate Machine, dismantling Consequence of Kanye at the culmination of his Dark Twisted Fantasy, and doling out five stars to Arcade Fire, we had the chance to compile this lovely Top 100 list for your critiquing and commenting pleasure.

This is the cream of the crop from all walks of genre, sub-genre, and fused genres alike. This is the definitive mark, two-thousand-ten’s best album releases, summarily graphed — and generously bled for — by your favorite Web site’s dedicated writers and contributors. So much has happened in such a minute expanse of time, we could not feasibly compress it all into a single article, but nonetheless, here lies the certifiable superlative one-off for 12 months’ worth of music.

Significant moments leave a deep impact during December; we start wondering if things were given due justice. Questions arise as to why certain obligations might have been neglected (did you listen to even half of the albums on our list yet?). Perhaps many will silently renew devotions for the sake of a new year. Personally, I try not to guilt myself too harshly; After all, humans are imperfect creatures. Forget about making some last-minute proclamation of weight-loss goals and nicotine withdrawals. Why not focus on enjoying that year-end martini? If you want to lose pounds or finish your novel, do it for your own reasons, not because it’s the standard.

Make 2011 a time of positive build, not redundant letdown. Other usual goal selections are still worthy causes, but nothing is ironclad. If another passing birthday has taught me anything, it is that life is too short to bitch and moan. Think of the positives instead of the negatives, and you will find that the music sounds much sweeter than it did. The rose tint is absent, the naggers are quieted — What remains is the soothing remedy of a happy medium, the way it makes sense for you.

Welcome to the end of 2010 — May your resolutions be fruitful, may your Armageddon be swift, and may your record collection exponentially grow in value. May Chinese Democracy be your how-to guide for overhype. May the last lone Walkman live long and prosper. And may your iTunes gift card see plenty of use.

In bowing out, we implore you… pop the Scroll Lock from your keyboard — it’s obsolete now. 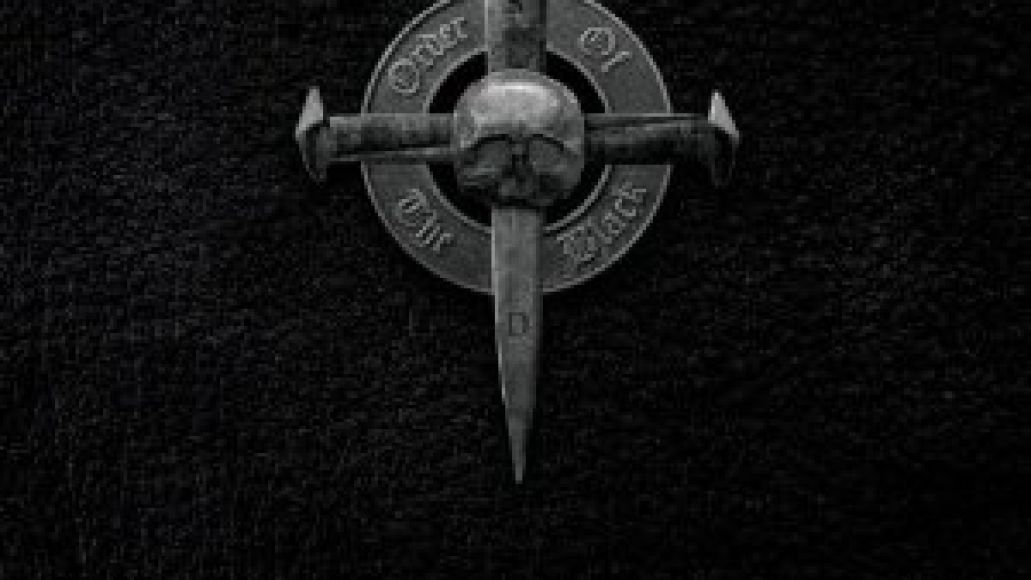 Ozzy Osbourne and Zakk Wylde have both released albums this year: the former’s Scream, the latter’s latest Black Label Society disc, Order of the Black. While Scream seems to have fallen from grace (despite being entertaining enough), Black Label Society have risen from the grave. With old school rising to the nth degree, Order of the Black is definitely one of the best heavy metal albums all year. Is it favoritism if Wylde shares a birthday with my daughter? -David Buchanan 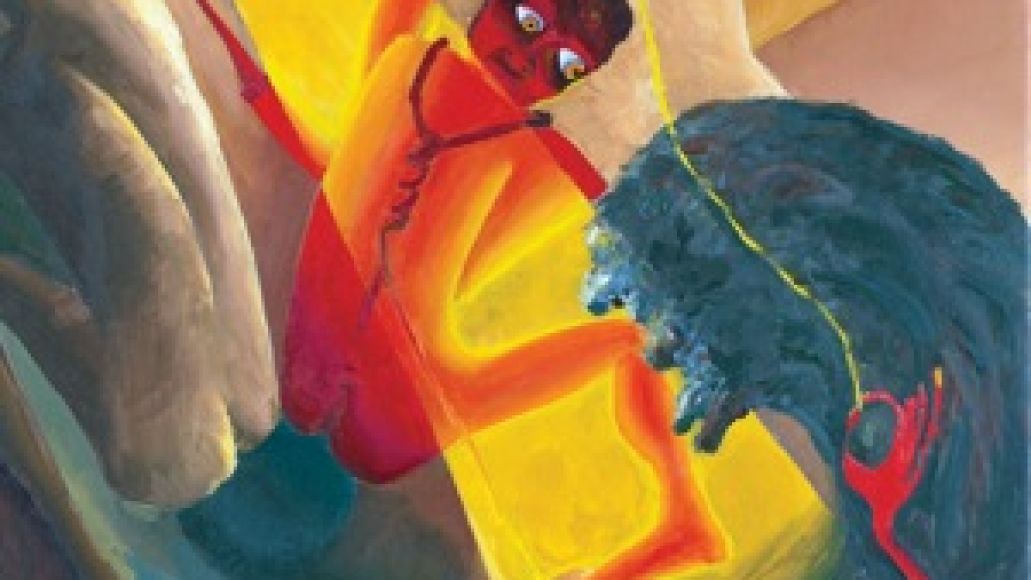 High school must have been a trip for this fresh-out-the-suburbs band that only recently graduated. Following in the ’60s-recalling footsteps of fellow indie poppers MGMT, Avi Buffalo’s self-titled debut gives us innocence on mushrooms, and plays like their own personal summer of love. “Truth Sets In” and “Five Little Shits” show the craftsmanship behind the music is top-notch. Noodly guitars form flower-child pop rock with forays into folk and country as on “One Last”. The lyrics may be a little high school, but Avi Buffalo write music like pros. The guitar work alone sounds 20 years older, as they work through one sunny jam after another. Avi Buffalo couldn’t have come at a better time, what with so many throwback rock bands making their mark in the past year. While timing is everything, so is having a solid record where every track stands out. With an album like this, it sounds like the next generation will be all right. -E.N. May 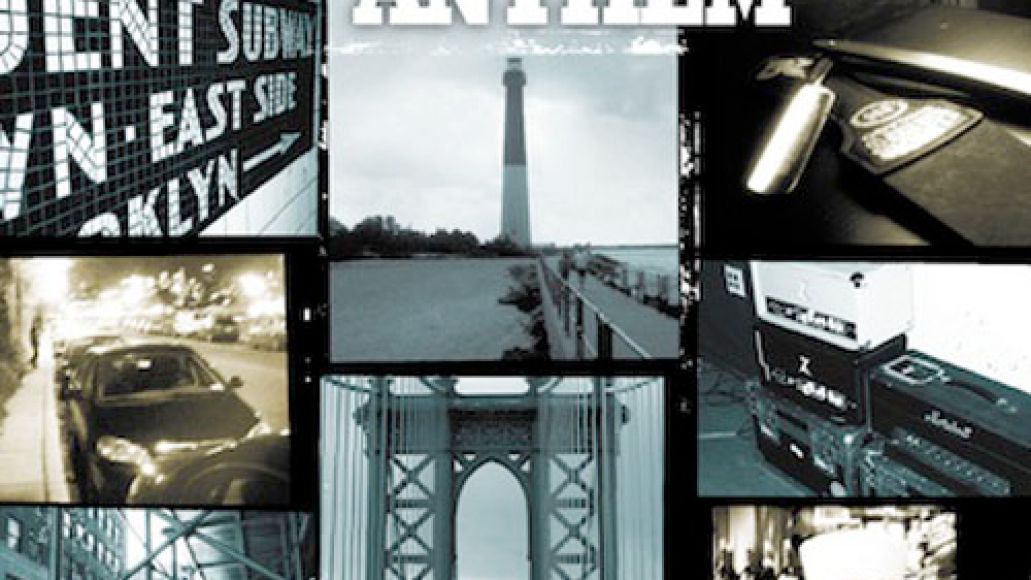 Nowadays, rock and roll music is married to a lot of different genres, be it rap, pop, various forms of world music, etc. Rare is the truly good album that is just plain rock and roll. However, The Gaslight Anthem proved rock can still just be rock, with the down-on-their-luck punk rock of American Slang. Pain and frustration roar through the speakers, all on the backs of big, booming guitar and tight-as-it-comes drumming. The album showed that while rock music is drifting further away from its glory days, there’s still tons of room for the good, old-fashioned stuff. -Chris Coplan 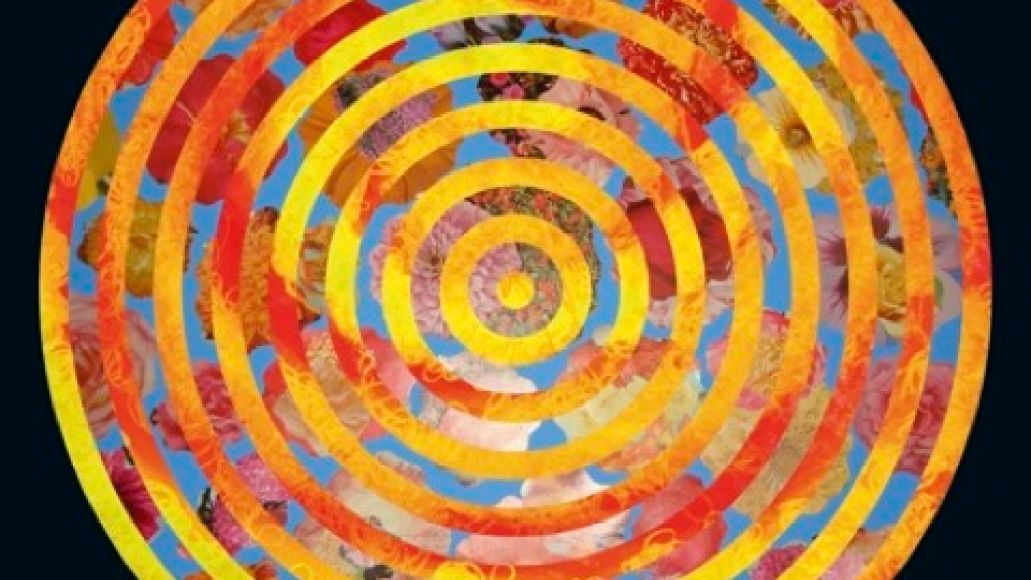 When an artist makes a turn towards pop, one wonders whether the artist has actually improved or simply tricked the listener into accepting the music. I wondered this after hearing Merriweather Post Pavilion and The Suburbs, but 48 listens later each, I’m pretty sure those are both still good albums. Like, 90 percent sure, but I didn’t need to be converted. Caribou sparked these same questions for me with Swim, and going with my instinct was the right choice. It’s hard to put this down, as they used to say when albums were physical objects. Even if you’re not on drugs, Swim will make you feel like you are. It’s not just for dance music junkies though — Caribou has much more to offer than a beat and some synth fiddling. -Harry Painter 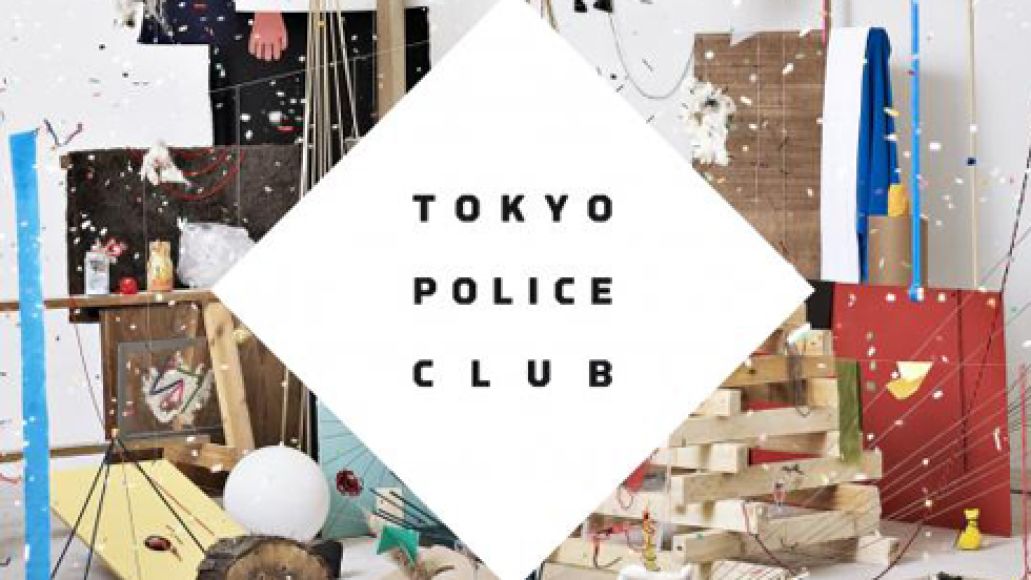 After a somewhat disappointing debut LP in Elephant Shell, which failed to capture the spark of their A Lesson in Crime EP, Tokyo Police Club returned in 2010 with Champ. Like its name would suggest, the album feels triumphant in that it reintegrates that catchy vibe and also sees the band expand their lyrical concepts by adding a dash of worldly cynicism and diversifying their sonic output with lots of effects and improved instrumentation. Consider this the band’s musical equivalent of Rocky making it to the top of the stairs. -Chris Coplan 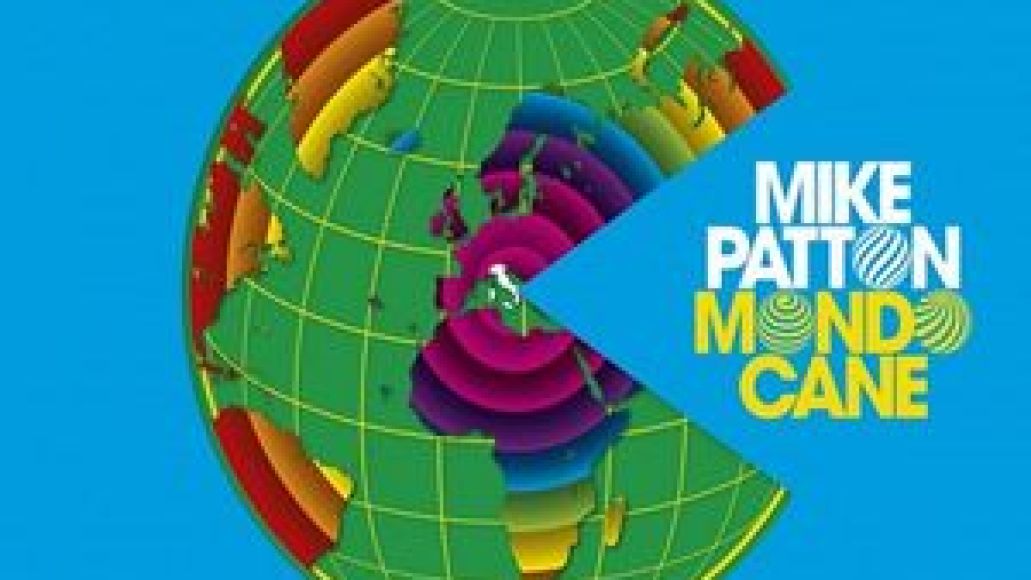 Mondo Cane in one sentence: Mr. Bungle meets ’50s Italian pop with a backing orchestra. Seriously, it’s Mike Patton! Weird is not his calling card — it’s his genetic makeup, and I look forward to more operatic productions in the future. At the very least, a Mr. Bungle reunion? Pretty please? -David Buchanan 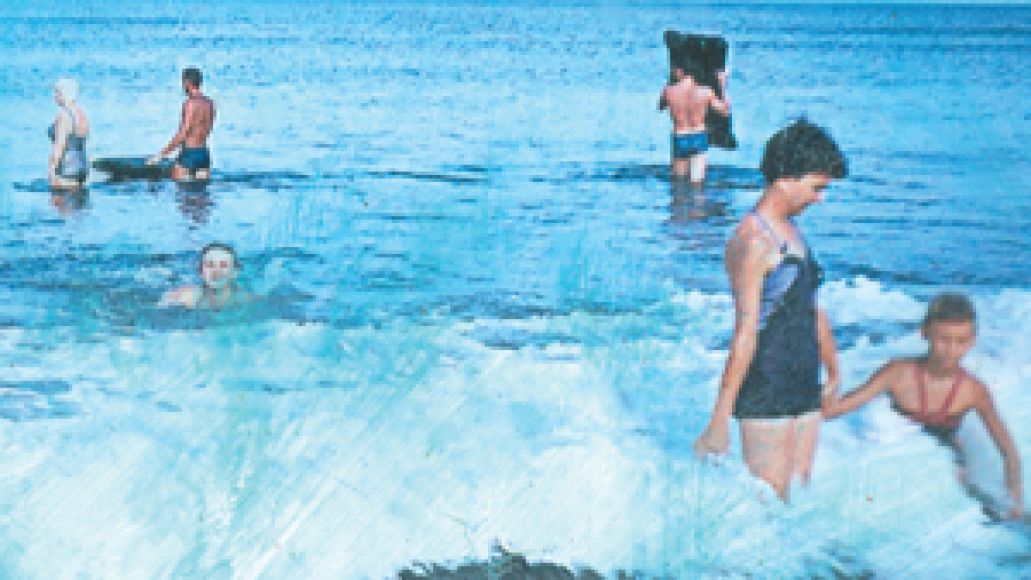 Not many records do an artist’s influences perfect justice, creating something strangely fresh without sounding like imitation. But Tall Hours in the Glowstream, Michael Nau’s dreamed out, smoky, hazy exploration of country’s golden age, is exhilarating in both its authenticity and dreamy beauty. -Drew Litowitz 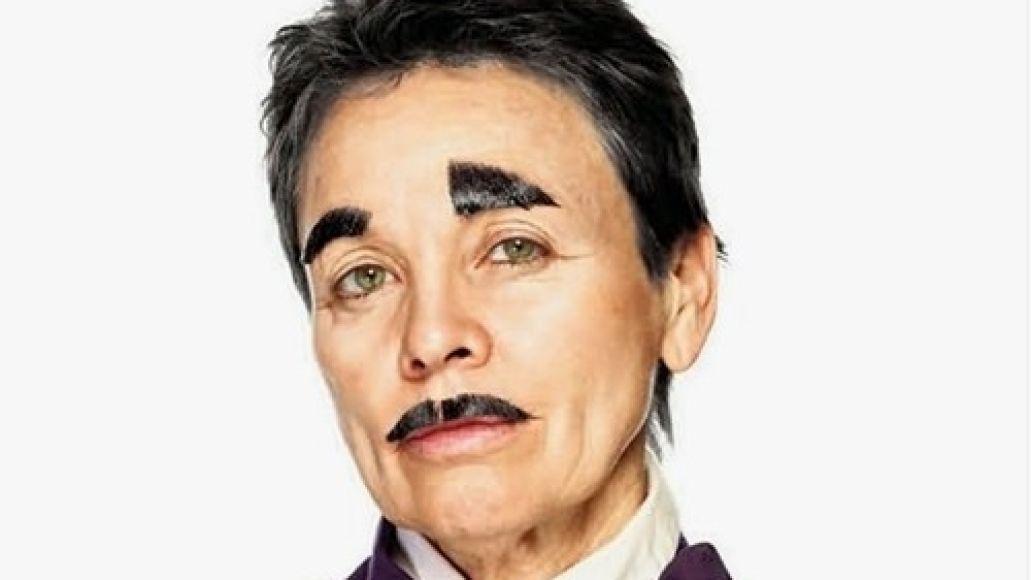 Homeland is a sprawling and desolate quasi-sequel to Laurie Anderson’s first breakthrough 1984 performance piece, United States Live. This revisiting of America rides on the back of economic desperation, global unrest, and the new electronic reality. It’s a fascinating and haunting perspective on our day and age, from America’s greatest performance artist. -Cap Blackard 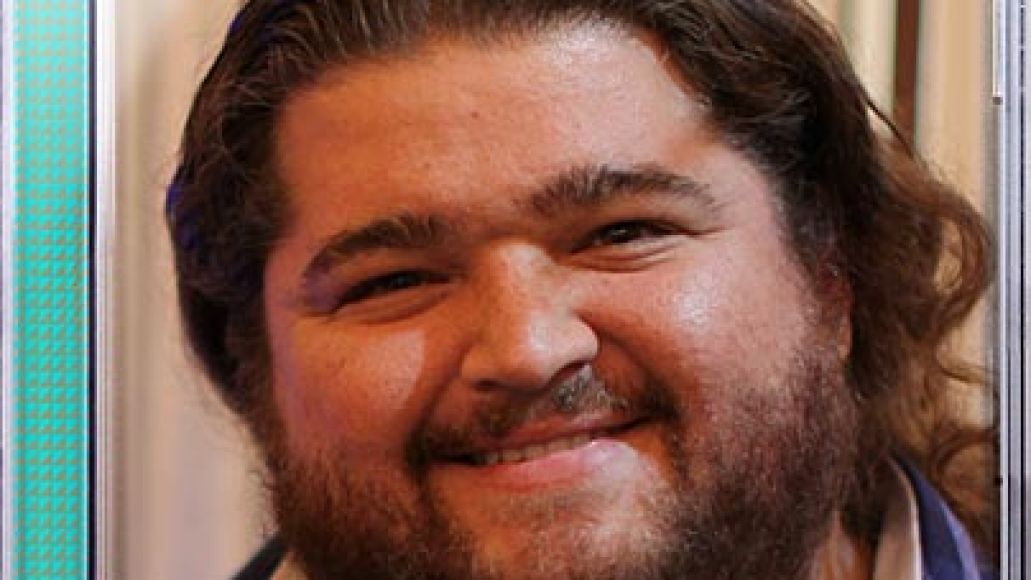 On Weezer’s eighth full-length album, Hurley, the band did what they do best; they made a Weezer album. And as always, Rivers Cuomo kept it close to the heart. He and the guys rehashed the glory days “back when Audioslave was Rage” on the Jackass sing-along “Memories”. Rivers kept the power pop Weezer alive too, with “Ruling Me” and “Hang On”, but also wrote some personal and emotional songs like “Trainwrecks” and “Time Flies”. No matter how many releases they have, Weezer showed us that all they will do is rock. At least as long as they have the limbs to do it. -Ted Maider 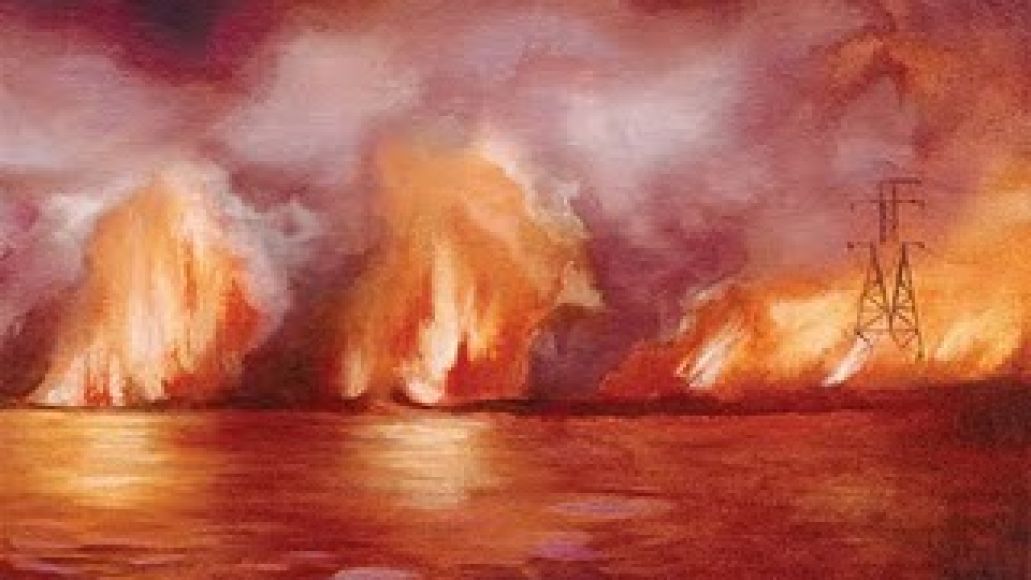 Shoegaze and ’70s AOR make for a strange combination, but together they make The Besnard Lakes‘ sophomore LP, The Besnard Lakes Are the Roaring Night, which sees the band continue to sharpen their sound with lush, slow-burning jams. Jace Lacek’s classic guitar work and resonant voice fit perfectly with Olga Goreas’ acidy soprano. Turn it up, bang your head, and vibe out. -Jeremy Larson