“Epic.” It’s the title of Faith No More‘s most (begrudgingly) famous song, the funky, rap nu-metal number from their 1989 platinum album The Real Thing that took over the airwaves and did a better job of “introducing itself'” to the world than their previous album, Introduce Yourself did. It’s the song that brought a then 22-year old singer named Mike Patton to the attention of the world and the song that most people associate with Faith No More, whether people (or the band) like it or not.

Epic is also the word I keep coming back to when thinking about Faith No More’s two recent shows at Hollywood’s Palladium Theatre on November 30th and December 1st. An overused word, for sure, but it could not be more fitting in this case. After all, these two shows were the last US shows of their reunion tour, and – aside from their finale in Santiago, Chile on December 5th – the last shows Faith No More will most likely ever play. The band is at the top of their game and yet their future is unknown. Hundreds of fans flew in from as far away as Australia and Europe to experience this event, which automatically made it larger-than-life before it even started. You really can’t get anymore “epic” than that.

Both shows exceeded all those high expectations too, even if it seemed uneasy at times. There was a strange buzz flitting around the streets of Hollywood in the days before the show. It seemed that the show on December 1st wasn’t sold out and Live Nation announced that they would be selling tickets for $20 – a lot less than the $70 people were forking over before. 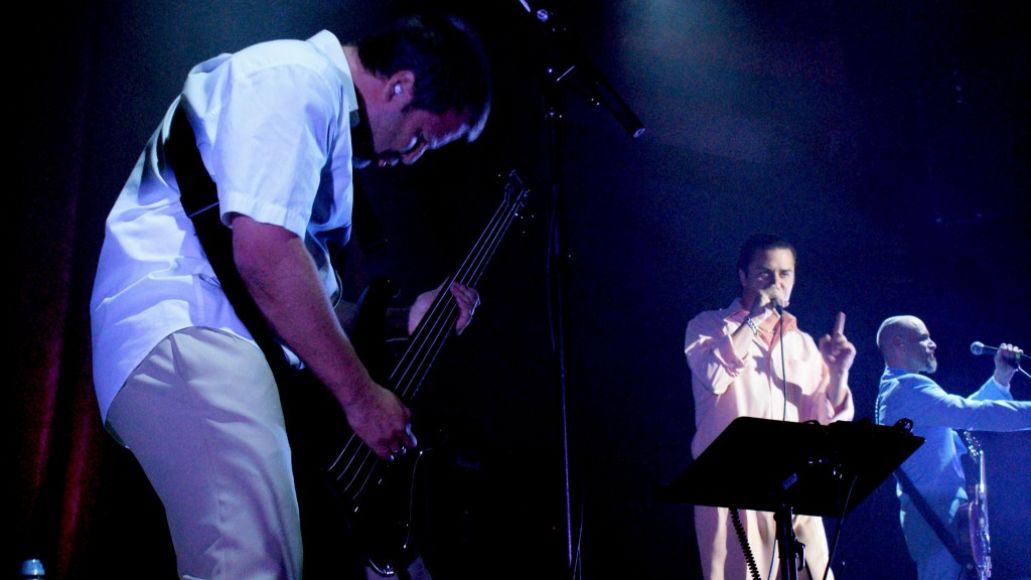 Fans were annoyed. Not only because they paid a lot more, but because it was almost insulting to have tickets going for cheap, like the venue was begging people to show up. How could it not sell out? Why didn’t people get it, get what a great act this was and what it meant? It looked like the problem that Faith No More faced throughout their long career – the fact that US audiences just don’t know what to do with the band – was going to follow them all the way to the very end.

It certainly looked like it was starting off that way. The crowd on the sold out night on November 30th was actually fairly lackluster despite the celebs in the audience (Danny DeVito, Jerry Cantrell, Kirk Hammett) and the tight, changed-up setlist, which had songs that hadn’t been heard for over a decade, such as the soaring ode-to-recession “Everything’s Ruined”. After the show, even the band lamented on the lack of energy. It made people wonder what the next night was going to be like, now that it was obvious the venue desperately wanted to fill the place.

Well, whatever the strategy was, it worked. $20 tickets ended up not only bringing in a huge crowd, but the energy as well. Sometimes the energy led to violence and general douchebaggery as demonstrated by someone in the crowd who was punched in the face by a rabid Patton fan, but for the most part the audience got it. They felt the moment, they knew this might never happen again, and they committed themselves fully to the show. Whether they were collagen-lipped models, aging rock fans, dedicated fans, or people who had only knew “Epic”, there was a vibe of “Fuck it, this is it.” 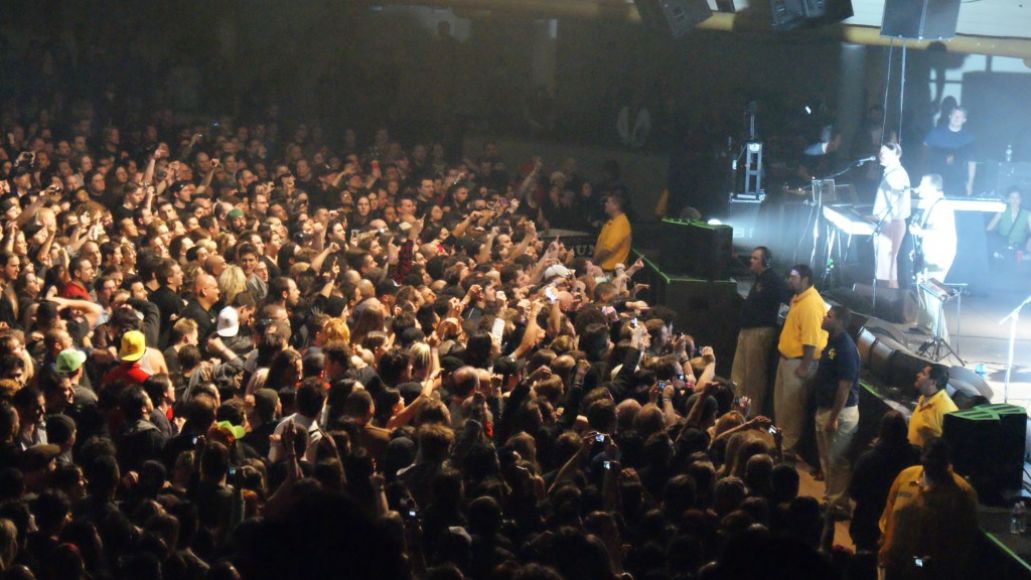 And the band felt it too. They were in their finest form, working as a team to give the best show that they could. Patton’s voice was perfect and his Tourette’s Syndrome stage presence was borderline obscene, Roddy Bottum rocked the keyboard like no one else can, Bill Gould plowed that bass like a man possessed, the unassuming Jon Hudson kept the fine balance between shredding and strumming, and Mike Bordin held it all together on the drums (when he wasn’t skipping out mid-show to use the toilet, though at least that gave a drummer from the audience to show off his skills).

Of course, being Faith No More and having a tendency for kitschy opening acts, the start of the shows were a bit iffy. The 30th show had the garage-sounding Creepy Creeps who were a bit underwhelming, followed by silence (Monotonix had to cancel their appearance last minute due to fire code regulations and that probably had a lot to do with the lull in energy that night). The first show had the immensely entertaining mariachi band Mariachi Los Toros , and Red Kross whose nostalgic appeal and driving set kept everyone pumped. Both nights were MCed by Selena Luna and magician Robert Zabrecky – as if there wasn’t enough magic in the air to begin with.

Aside from the solidness of Faith No More’s performance, it was the varietal setlist that kept people on their toes and made this show stand out from so many others on the reunion tour. The 30th show brought in the aforementioned “Everything’s Ruined” and the underrated and equally underplayed “Helpless”, a bulldozer of a song that builds slowly with Patton’s rich vocals (and whistle solo) and soars higher and higher into a driving force of emotion and depth. When Patton sang “I never felt better now”, you believed him. 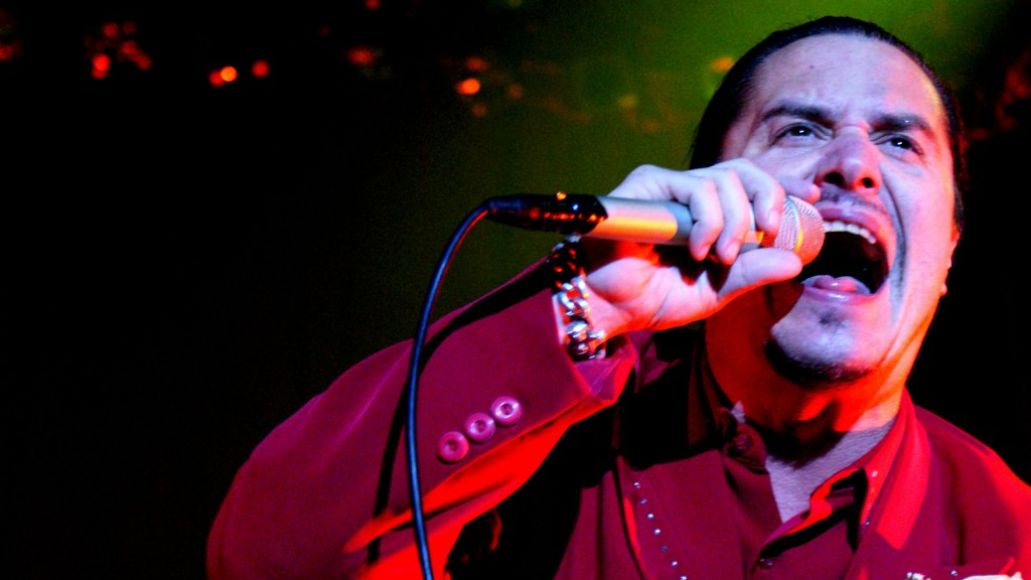 The Chuck Mosley-era song “Spirit” took on a brilliant new feel and powerhouse turn with Patton at the helm. The moving encore of “This Guy’s In Love With You” did its usual job of making the audience fall in love with them. And people fell – hard.

But as emotional as parts of the first night were, nothing compared to the raw responsiveness of December 1st. Feeding off of that increase in vitality made the songs that must more effective. The set opened with “Pills for Breakfast” off of their debut album We Care A Lot. This grinding, humping instrumental song was a rarity to hear and set the tone for everything else to follow.

Album of the Year’s “Got That Feeling” was another rarely played track and one that I had been wanting to hear live for quite some time. Abrasive, gritty, hectic – whatever feeling you “got”, you got it tenfold.

Speaking of feelings, a surprising cover of the Manhattan’s “Kiss and Say Goodbye” absolutely destroyed the audience. People were crying left, right and center from the sheer intensity that had enraptured everyone. How many metal/rock bands have the power to do that? Watching Patton sing that song, how otherworldly his voice was, how well he commanded that crowd with his inherent magnetism, I couldn’t help but think if people don’t get it now, there’s something wrong with them. 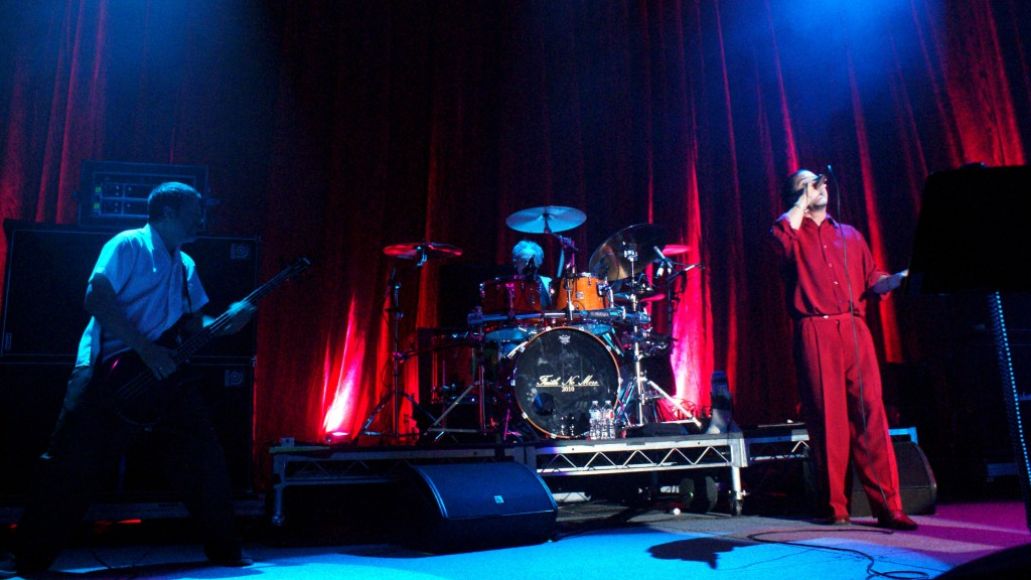 There were more wonders left in the encores. Dean Menta, their guitarist on King For a Day, came onstage, joined by the group Sparks and the result was their flawless duet of “This Town’s Not Big Enough for the Both of Us” with Patton’s gruff howl in a fight to the death against Russell Mael’s falsetto. Menta stayed on stage for the next song, “Digging the Grave”, his endearing stage presence and drive winning over fans who never had the opportunity to catch him during their King For a Day tour.

But all good things have to come to an end and no one finds a better way to make a point than Mike Patton, who decided to cap off the farewell by getting up close and personal with his fans and stage diving during the last song “Pristina”. It’s a slow burner of a song to begin with but live it reaches straight into your heart and grabs you. No wonder then that when Patton was crowd-surfing, the audience literally would not let him go, no matter how hard he was screaming and kicking. They were like a crowd of starving zombies, wanting more than he could give ever them. I didn’t blame them – no one here wanted to say goodbye. Maybe we could just keep him for one more night.

But eventually we had to let go. Patton returned to the stage, the band said their goodbyes, the lights came on and it was over. Thousands of fans were left sweaty, breathless, and a bit heart-broken. Maybe epic isn’t a strong enough word after all.

We Care a Lot
This Guy’s in Love with You

We Care a Lot
Pristina
——