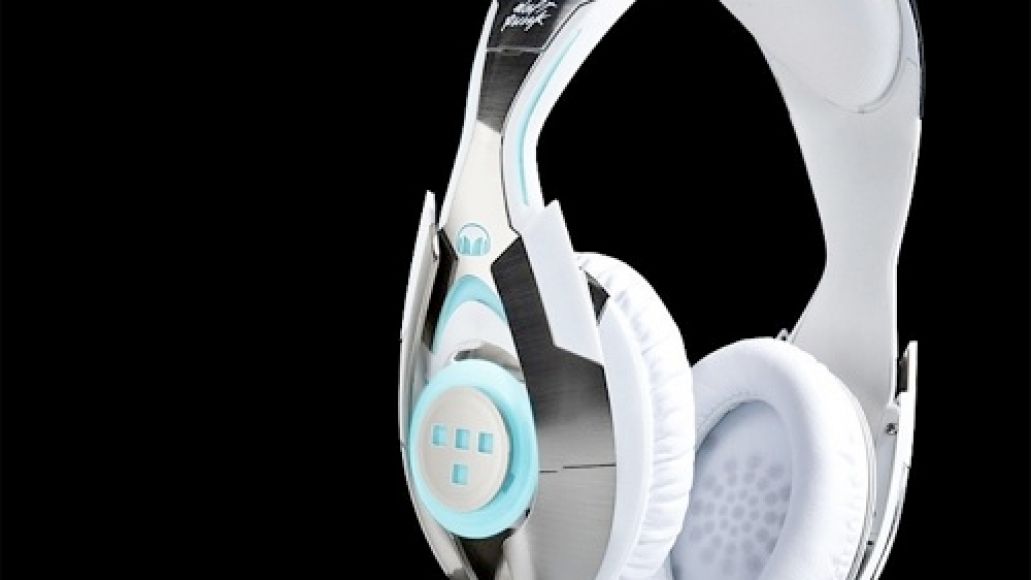 Tron: Legacy hits theaters on December 17th, just a little over a week from now. So, how are you getting ready? Watching the original movie? Grooving out to the new soundtrack scored by Daft Punk? Cosplaying at conventions (please, please stop if you are doing this)? If you’re looking for another way to get yourself ready and are perhaps in the market for a new set of headphones (it’s the holidays after all!), Monster Cable has you covered.

In partnership with Disney, Monster has released Daft Punk Tron Edition headphones. Retailing at the reasonable price of $349.95 (Amazon is selling ’em for $299.95), the over-the-ear headphones certainly seem nifty enough: noise isolation and surround sound, for example. In addition, the headphones will come with a surround sound version of the new soundtrack. However, the most intriguing thing about them is that they put on a light show with LED lights to mimic the character’s costumes from the movie. This could either be very fun (if you’re alone) or incredibly annoying (if I’m sitting next to you on the subway), so keep that in mind.