Coachella; the launching pad of a concertgoer’s summer, the trend setter for all things music, and the upper echelon of any weekend extravaganza that deems itself a festival. For the last 11 Aprils, the Indio, CA-based event has mustered together lineups featuring the most elite headliners, sought after reunions, and buzzworthy up and comers, and 2011 will be no different.

Three-day passes ($269.00), along with camping passes ($75.00) will be available Friday, January 21st at 10:00AM PST. VIP and layaway packages are also available. Visit coachella.com for more details. 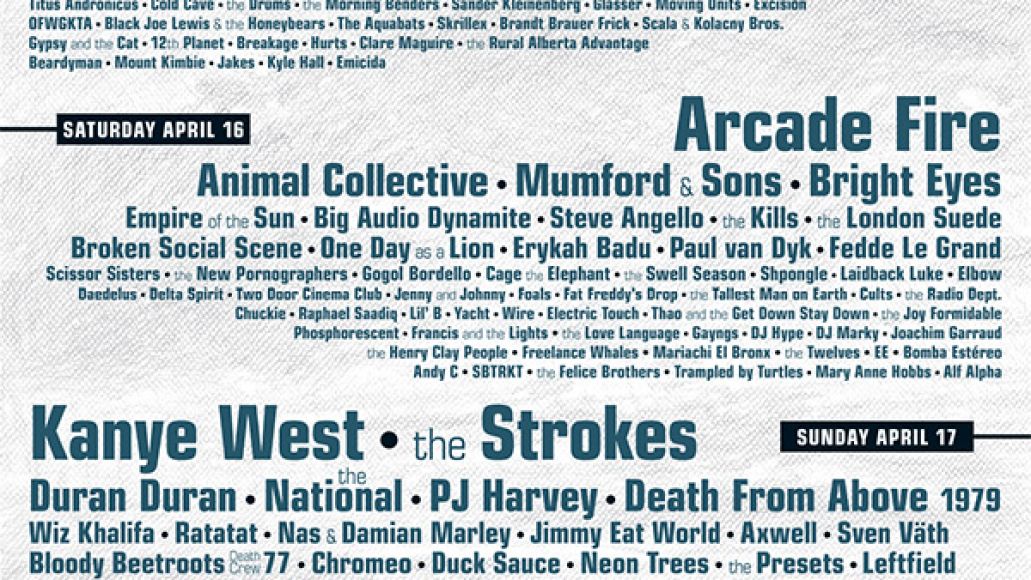