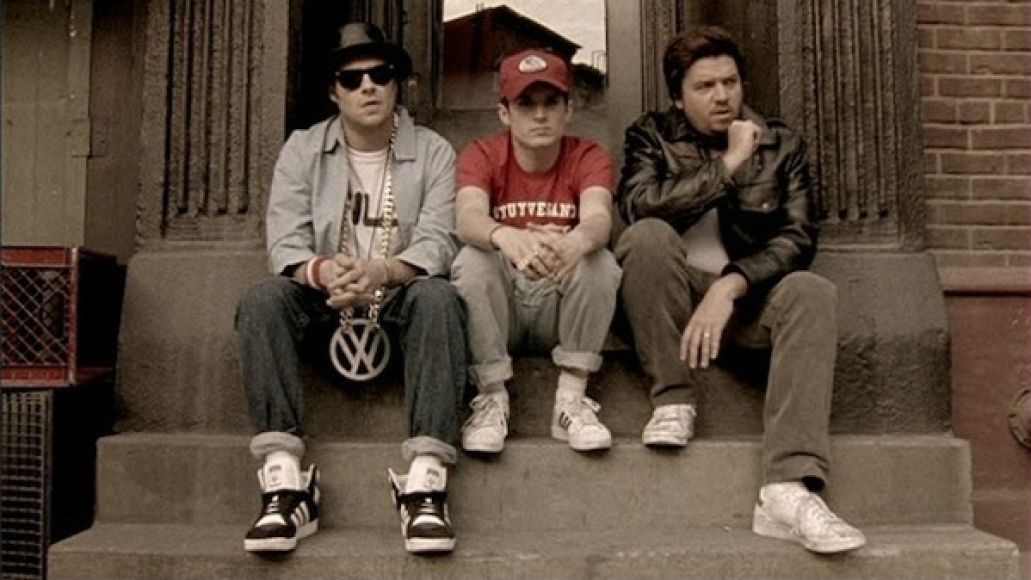 Even though MCA is still on the mend, the Beastie Boys are full steam ahead in the publicity push behind their forthcoming album, Hot Sauce Committee, pt 2. First up is the release of their brand new short film, “Fight for Your Right Revisited”, which is set to premiere this week at the Sundance Film Festival in Salt Lake City, Utah.

While the exact plot remains under wraps, the film will serve as a music video for the album track “Make Some Noise” according to Mike D. And thanks to IMDB.com, we now know the film’s complete cast and it’s a veritble who’s who of Hollywood A-listers. For one, it apparently takes two movie stars to play one Beastie Boy; both Elijah Wood and Will Ferrell will play Ad-Rock, Danny McBride and John C. Reilly will fill the role of MCA, and Seth Rogen and Jack Black will handle Mike D.

We also know, compliments of a recent sit down between Rogen and MTV, that the film will feature “perfect replicas” of the costumes and props used in the original “Fight For Your Right” music video. “I don’t know where they all got it. It was hard to get,” Rogen noted. “The real Ad-Rock was saying he still has the Stuyvesant T-shirt that he wore in the video, but they made another one for Elijah. It was amazing.”