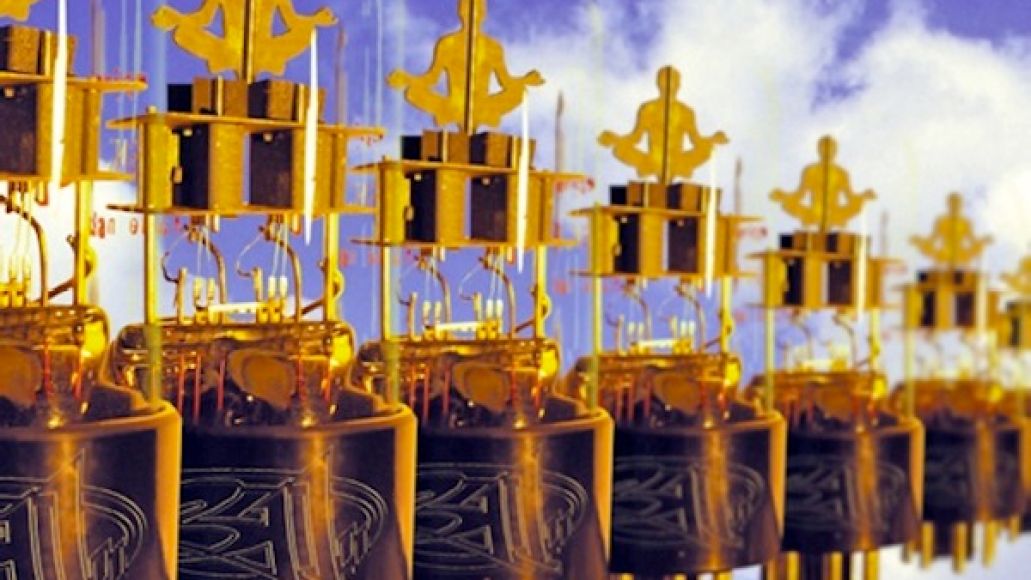 When was the last time an album completely blew your mind? Was it The Black Keys’ Brothers? Or farther back, like The Marshall Mathers LP? *N SYNC’s No Strings Attached? (We’re kidding.) No matter what it was, at one point, it happened. We can all remember the last great album we heard, but can you think back and remember the first great album? For me, it was Transistor by the “corn huskers” of 311. That means they’re from Nebraska.

I am proud and make no excuses for my candidness in saying that 311 is my favorite band of all time. Their positive message and upbeat lyrics have helped not just myself, but millions of people to get over the humps of life. They paved the way for many artists in the 90’s and even today, and they remain a polarizing act for many. Those against 311, though, may have never seen them live or heard their fourth album, 1997’s Transistor.

Coming off of the highly popular release of the self-titled Blue Album, 311 had a decision to make. They could either replicate their success on that album or stretch their musical wings and see what happened. They chose the latter, and instead of a radio-friendly mainstream release, they came up with 21 tracks of spaced out, trippy, stoner rock, alongside a few strong ballads. It was a direction that the band may not have seen their music going in, and although the album went platinum quickly and produced strong singles, 311 lost a ton of fans who were not ready to take that musical journey with them. Chances are, many of you growing up in the 90’s had the Blue Album, but how many of you truly stuck around after Transistor?

The opening titular track, which would also be their lead single, did well on radio, and the video received MTV airplay (as did “Prisoner”). However, the third single, “Beautiful Disaster”, with one of the most recognizable intros of any song, may be 311’s greatest hit to date. The honest song written by lead singer Nick Hexum is full of heavy riffs, dueling guitar solos, and, at the time, their heaviest lyrics, at least on a single. This song showed another side of the band and was perhaps the catalyst for the odd, dark, and mysterious lyricism found throughout the rest of the album.

But the singles aren’t what make Transistor great. It’s the deep cuts that you play over and over again, trying to catch the meaning. The eerie “Light Years” and “Creature Feature”, the finger-plucking of bassist Aaron “P-Nut” Wills on “What Was I Thinking?”, or maybe just listening to the absolute mind-numbing guitar solo of guitarist Tim Mahoney on “Use Of Time”. These are the songs that many bands create and never release because of timidness. At that time, radio and MTV were kings, and if you didn’t have airplay there, you would never make it. 311 had already made it, and used that opportunity to make their own Sgt. Pepper‘s. They made the music they wanted to make, and if fans were with it or against it, so be it.

“Jupiter” contains the very literal, yet affective lyrics: “Sometimes the only thing that saves you/Think of bad things luck never gave you/And although your true love has just left you/Well, at least your mother kept you/Yes she did.” The song also features the head-nodding snare drum of Chad Sexton, one of the best drummers in the business. He is credited with writing or co-writing nine tracks on the album, and his percussion and production is one of the many aspects that gives 311 their distinct sound.

There are also some beautiful moments on this album. “Running” sounds like a guitar singing a lullaby. Mahoney and DJ/vocalist SA Martinez shine as they focus more on vocals and rhythm rather than raps. Today, 311 has mostly forgone the rapping that was their niche for so long. The rap/rock genre has mostly played out, and many of those bands who were rapping and rocking have since matured and moved on. ”Rub A Dub” is sweet and filled with funk all at once. The outer-space sounding “Stealing Happy Hours”, the album’s final track, is still a song I try to wrap my head around, but have since just enjoyed for what it is.

As time and the band progressed, Transistor became more popular over time. It was a record that the 90’s might not have been ready for, but looking back now and comparing it to 311’s later releases, it is almost impossible to line it up against any others. This album is one of a kind, and if you haven’t already gotten lost in the experience, it’s time.