Girl Talk on record and Girl Talk in concert are two entirely different things. One could even make the argument that those who thoroughly dissect Girl Talk’s musical laboratory experiments on record and those who attend his shows are in fact two separate audiences. The former include those who are musically curious from an intellectual standpoint, while the latter use his work as the party anthems of their generation.

This important distinction became extremely apparent during his Friday night show at Atlanta’s Tabernacle–one that sold out in less than two days after tickets went on sale. To describe a Gregg Gillis performance, however, his music itself can only be looked at as a tiny portion of the puzzle. While Girl Talk takes the soundtrack of our lives and incorporates popular music into his mashups, his intricate sonic collages take a backseat to the all-encompassing organized chaos of the Girl Talk experience.

Yes, the chaos is organized, or more orderly now than in past tours. As Girl Talk has transitioned from an underground sensation to a perceived mainstream novelty to cultural phenomenon, his shows have changed as well. Past experiences with the mashup master, once featuring the pure surprise and hazy ecstasy of bumrushing the stage, have now become the norm. Atlanta Girl Talk fans knew all too well as many made a bee-line for the stage right entrance in order get a spot on-stage–and that was only the beginning. 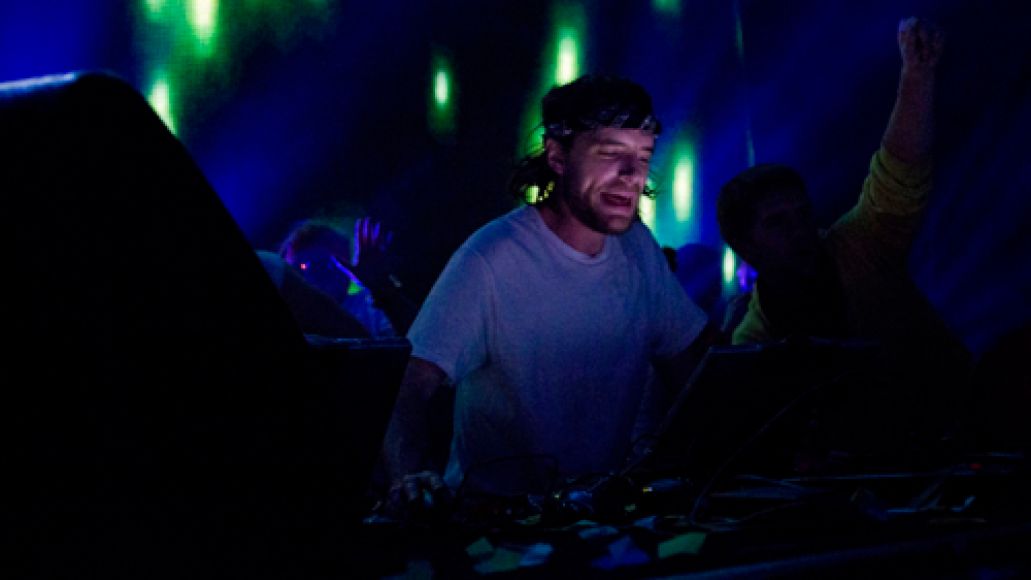 Where Girl Talk once was defined by his spontaneity, his show has become significantly more orchestrated than just a few years ago. That’s not a bad thing though, as the show has become much more than just a guy, a laptop and a crowd. At his sold out Tabernacle gig, Gillis had an entire video presentation–including a portion made for this performance–synced to all his music, strongly adding to the overall sensory experience. 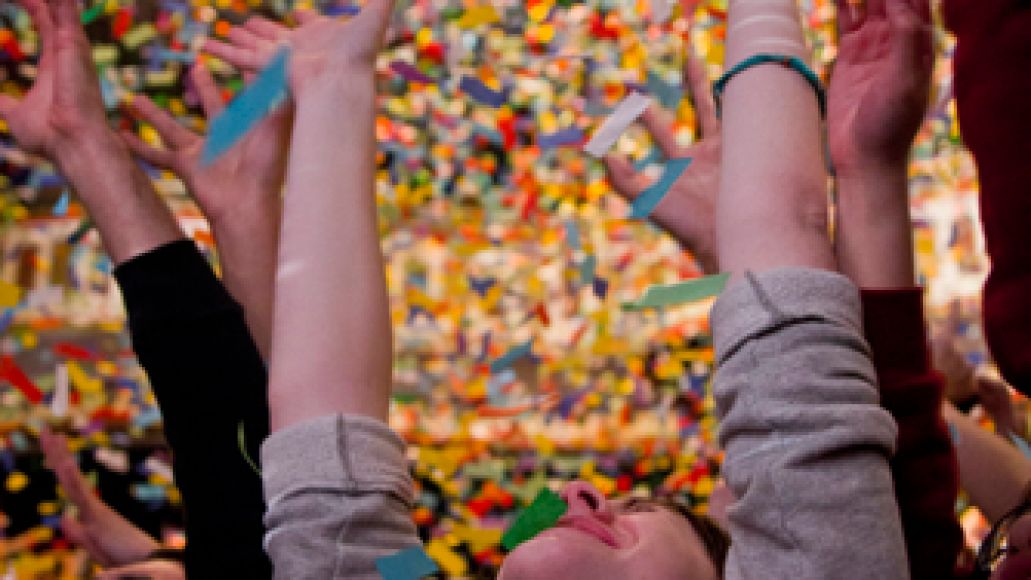 In addition, confetti, toilet paper rolls, balloons, and other props were all triggered and released into the audience at precise moments in sync with his music. During “Let Me See You”’s sample of 2 Live Crew’s “Pop That Pussy”, a large elongated balloon full of confetti was blown up, pushed into the crowd, where it popped almost on cue. During Girl Talk’s use of “Imagine” for his song “Every Day”, a plastic package fell from the rafters that the audience ripped open, releasing hundreds of balloons back into the air.

Gillis’ detractors have long questioned his sampling techniques as unoriginal or stolen uses of other artist’s work. Say what you will about his studio techniques, but where Girl Talk remains unquestionably original is through his ability to redefine the live experience. For those not entirely caught up in elated drunken dancing or fully immersed participation, one can easily observe that Girl Talk is not only in the business of creating bedazzling spectacles, but creating something groundbreaking with his performance art.

His energetic shows are not simply the byproduct of a DJ playing to a crowd, but rather they prevail as the summation of attendees freely participating as they please. Just as he did at the Tabernacle, Girl Talk continues to break down the once rigid lines between performer and audience at his shows. In doing so, Gillis seems determined to erase the past conventions of musical performance and rewrite the rules as he sees fit.
——

Girl Talk rewrites the rules of performance in ATL (1/21)