Last year, Consequence of Sound had the eye-opening experience to sit down face-to-face with serious up-and-comers Civil Twilight as they rolled through Provo, Utah on their summer tour with fellow up-and-comers, Neon Trees.

Sure, it’s a belated report, which I personally apologize for, but that doesn’t make it any less interesting. We sat down after they brought the house down with a breathtaking set (and this is coming from an immensely cynical a-hole, FYI), that proved to be the best of the night. For a review of that incident, click here.

But we highly recommend you read the interview we conducted with the Cape Town native alt-rockers, because theirs is a name you’re going to need to know in the future.

First off, why the US? A lot of your influences were from the UK; why not jump into that market rather than the US?

Richard Wouters: Well, we had American passports, that was part of it. And we knew a guy in LA. And it was cheaper than London, or so we’d heard. Plus, it was near to the beach.

Andrew McKellar: [laughs] Yeah, we had no idea what we were doing..

Steven McKellar: I was 21 at the time, so I should have known better [laughs]. But it was a great mistake to make. We thought about the UK, we really did. But we just knew more people here– as in three [laughs]. We didn’t know what we were getting ourselves into, which is sort of why it’s taken five years to sort out.

Well, it certainly seems to have paid off. You’re currently on tour with Neon Trees. Being a local SLC/Provo resident, I’ve known Neon Trees for a long time. How did you guys hook up with them for this tour?

Wouters: Our agent. It was all just agents. Our agent put the tour together with their agent, you know.

Steven McKellar: Yeah, I think they were, like, number thirteen on the alt-rock charts at the time, and we were fourteen or something, and our agent just thought of the idea of putting the two together and all the promoters got really excited about it, so it kind of just fell together nicely.

And has it been like this every night? You sold out this venue, largely due to Neon Trees being from the area, but still– this isn’t a venue that often sells out. Has the tour been pretty well received elsewhere?

Another big act coming out of Cape Town at the moment is Die Antwoord. What are your thoughts on their success and their style? You’ve heard of them, right?

Andrew McKellar: Oh yeah, definitely. I’d never heard of them before, and my roommate at the time asked me if it was real, and I was like “I dunno, I’ve never heard of them.” So I went and looked it up online and found out for myself. It seemed like a joke, but it wasn’t like an official joke. It was sort of like an Eminem . He’s sort of playing the part of this hardcore ninja from the slums.

Wouters: It’s interesting– wherever we go, people ask us about them. And when we left South Africa, they weren’t even a band. So we don’t really know anything about them. We don’t know how they got here or anything like that.

Does anybody? [laughs] But seriously, I saw them at Coachella and they’re for real. Now, they draw almost entirely from their surroundings of the darker parts of Cape Town. Do you guys use Cape Town in your imagery and your music as well?

Steven McKellar: Well, comparing to them, they’re more extreme culture of Cape Flats, which is sort of a poor area. So a lot of what they’re singing about relates to that culture, and Americans don’t understand that [culture]. But they do it very well. It’s almost vulgar; it’s very crude what they’re doing. And that’s the kind of rough street culture they’re coming from. See, we came from a different place. We spent our time skateboarding the streets, not selling drugs on the streets. We had good families and were just pretty innocent kids. We grew up in Hout Bay, a separate suburb from Cape Town, just this little fisherman bay so it was pretty segregated from Cape Town as well as the rest of the world. So we just kind of created our own little world, figured out what we liked, and those were the sort of things that influenced us musically. We didn’t have any friends in bands. There wasn’t any “scene”. Just beach culture — very laid back.

Andrew McKellar: We kind of spent most of our childhood watching America and the UK. That was like the dream place. We spent our whole childhood listening to music from the US and the UK.

Wouters: And we grew up in the middle of apartheid, so South Africa was really, really segregated from the rest of the world. So one of the only things we had coming in was the music.

So this is a totally random question that has nothing to do with your music or South Africa or anything, but Steven. Do you ever have people tell you you look like Robert Pattinson from the Twilight films?

Steven McKellar: [laughs and smirks] Every. Night. Every night, man. I’m trying to grow my hair long, and I’m trying to grow a beard to, you know, try and disguise myself so people will stop making that connection. And the fact that we’re named Civil Twilight doesn’t help at all. It is very irritating, sometimes. I’m serious; a lot of people will come up to us and think we named the band after the series and ask us questions about it. But what’s worse, think of all the people that don’t come up and ask us that and just assume that we named the band for the series. [laughs] 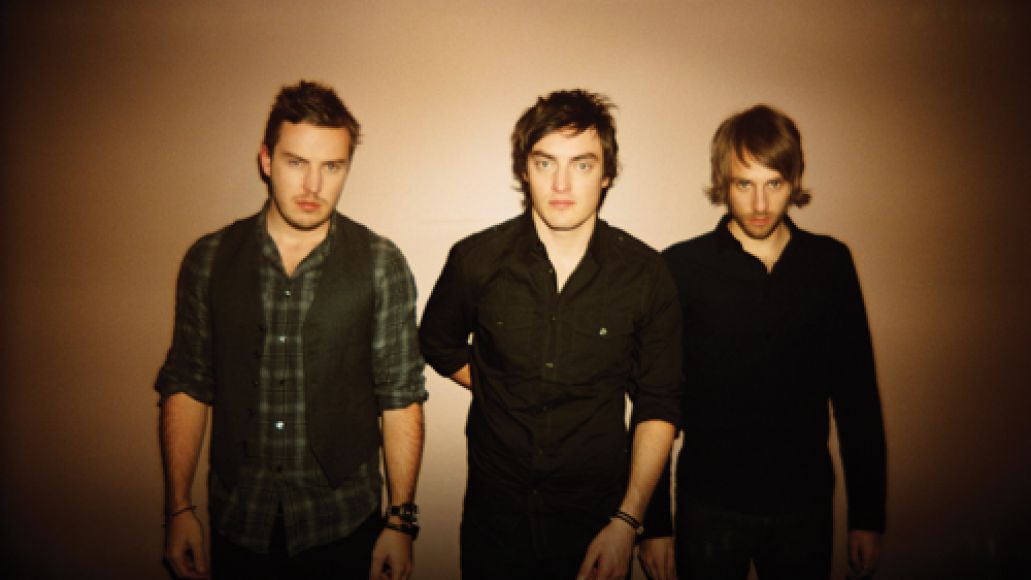 I did have one more question. It’s totally ridiculous and borderline profiling, but I loved District 9. And I know it took place in a completely different city, Johannesburg, but how accurate did you think the film was? Did you like the movie?

Steven McKellar: Yeah! I think it was amazing! It’s actually based on an area in Cape Town called District 6 where they used to place coloreds, which is just a mix between black and white and also a tribe that originated from cape town called Khoe. It’s very messed up, they used to move them there.

Wouters: They took them all out of the nice areas and put them in that little place.

Steven McKellar: And so it’s very powerful when you think about it that way. But the movie, it actually, sadly enough, reminded me of watching the news at night in South Africa. There were so many riots in Johannesburg growing up, and obviously news stations like to focus on what’s dramatic and violent, so we got to see all that stuff on TV for years. But the film. It was so well done. Amazing.

So what does the future hold for Civil Twilight?

Steven McKellar: After September/October, we’re taking a little bit of time to start working on some new stuff, and we’ll be going back to South Africa – do some shows there, hang out with some family and then come back and record some more.

More information about the band can be found here, and I highly suggest that you check out their impeccable cover of Massive Attack’s “Teardrop” here.

Ouch! Quite the neptune cocktail, senor!