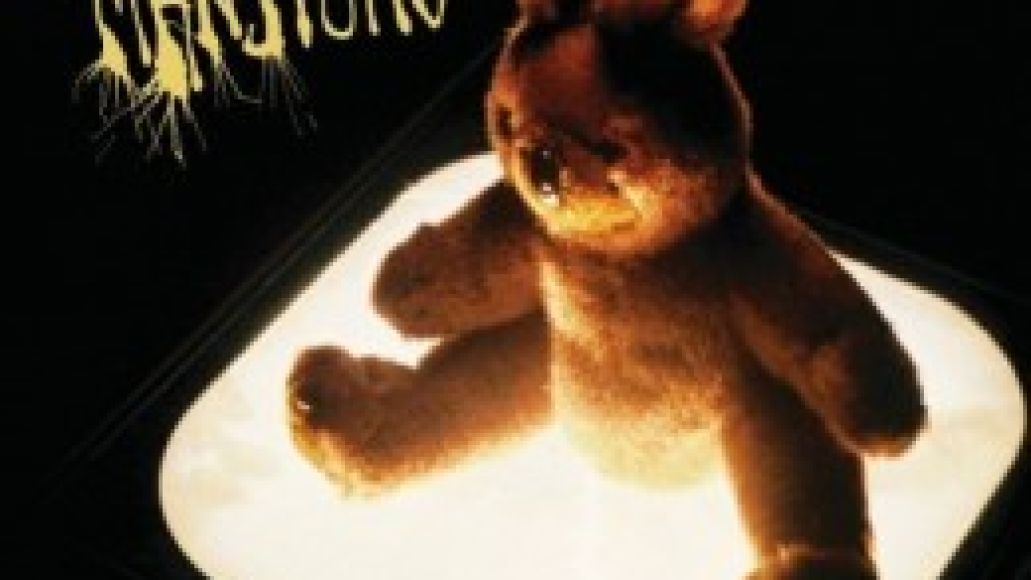 Sometimes musical ventures are born out of good marketing sense; there’s money to be made (even in this day and age), there’s fame to be had, and, if you’re lucky, you might have a career that beats any ordinary nine to five job out there. Less frequently, you’ll have a band coming together out of friendship and the pure desire to make music they love, regardless of what the outcome is. And when one of the former ends up “making it”, the result is usually something pretty special.

Mini Mansions is one of those bands. Bandmates Michael Shuman, Zach Dawes, and Tyler Parkford are all united by their love of art and music and happen to be longtime friends. In fact, Shuman and Dawes met during a basketball match when they were only 11-years-old. On opposing teams, Shuman “brutally” pushed Dawes just as he was about to make the winning shot.

“If he had made that shot, they would have won the game,” laughs Shuman. “They lost, so I made the right choice.”

From that memorable start, a friendship was born that ended up taking them from their early beginnings in the aptly named band Shove It, which they played in from the sixth to the ninth grade, to where they are now in Mini Mansions. (Shuman is also the bassist for Queens of the Stone Age.)

Sitting with Dawes and Shuman at the kitschy Rodney’s Oyster House in Studio City, California, I can see there’s a lot of love and sass between these two friends, and it’s apparent in the complexity of their music, as well. Mini Mansions’ self-titled debut is a quirky yet lush, harmonic journey through psychedelic pop and experimental soundscapes. It’s different from a lot of things out there, but it’s still approachable and down-to-earth, much like the musicians themselves.

The trio first decided to get together and play when Shuman had some time off from his bass-playing duties for QOTSA. It wasn’t long before the jamming sessions evolved into something else entirely and Mini Mansions came to be.

“You’ve got to keep busy, so I think at first that’s just what it was,” Shuman notes. “But once we started, we were immediately enveloped in it every day.” 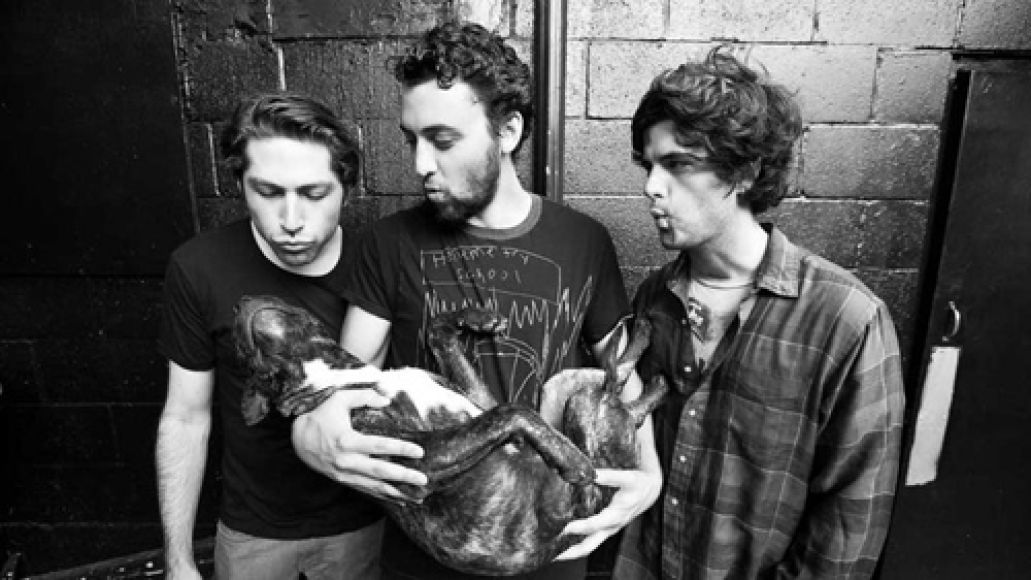 It’s hard to listen to Mini Mansions without hearing a wealth of familiar influences from the Beatles to The Beach Boys to even modern Silverchair. But the resulting sound wasn’t a conscious effort, says Dawes.

“It was just the meeting of our sensibilities. We all have a huge soft spot for pop music and a hard spot for commercial music, you know, what is pop music now. I have discrepancies with it, so I was battling those and trying to make something interesting.”

“We were trying to make the best out of pop music, I guess,” Shuman adds. “What pop music was, was great. It’s more than taking actual bands as influences… I think we each brought what we did with each instrument. There’s a lot of fuzz and weird pedals for bass, which is on every song, and then the drum kit I used, just using two drums, it kind of hones in on something specific, rather than just a guitar.”

The band has also been touted as being very cinematic, especially through their use of three “Vignettes” that tie the album together. Dawes notes that the phrase “cinematic” has been tagged on them because the music can be dramatic and powerful. But having Parkford’s artistic background has certainly influenced it to some degree.

“That’s where [the song] ‘Majik Marker’ came from,” says Dawes. “It was sort of a film. Tyler and I were both in film school in Santa Cruz. We did a lot of short movies, and he would score them. So maybe that’s where the foundation for his writing came from, because he didn’t really play in any bands. He was always a more of a composite recording artist.”

And then there are the ever-present dolls and stuffed animals that are visible everywhere from the album cover to their rehearsal space.

“Once the band was formed and we were coming up with art ideas and using these dolls and other weird photos that Tyler had taken, those almost took over and became our mascot. I’m not saying we wrote songs about dolls and bears (laughs), but they kind of became part of us. I always wanted to sit the doll on the piano and have her be a part of what we were doing. In our practice space, we had the doll sitting next to Tyler.”