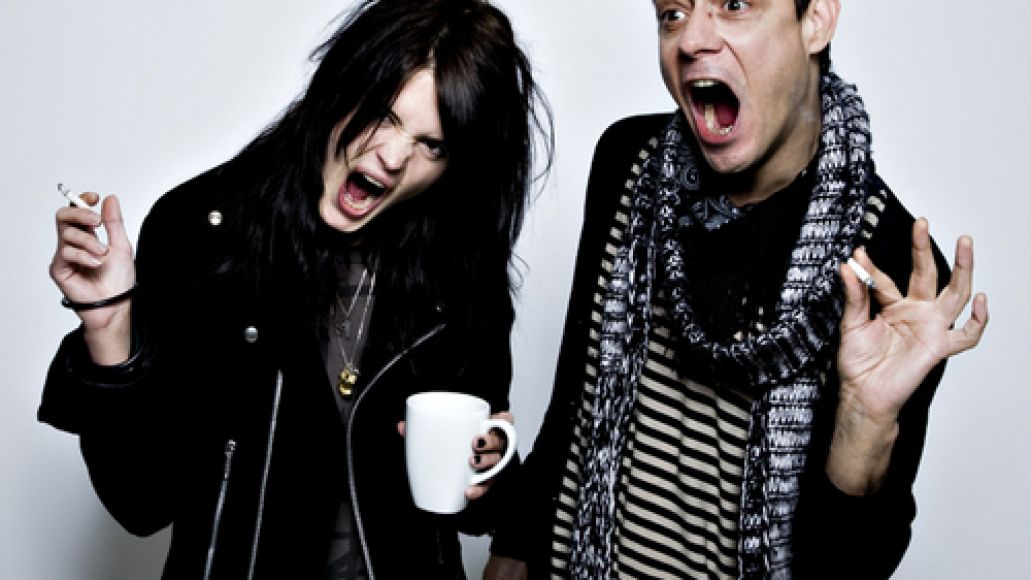 With each passing day, The Kills’ 2011 plans become increasingly overwhelming. First was the announcement of their fourth LP, Blood Pressures, then came a spot at this year’s South by Southwest 2011, and now the Alison Mosshart-led outfit unveils the rest of their forthcoming roadmap. Like today’s two announcements for Foals and Cut Copy, The Kills’ trek includes a noticeable gap on the West Coast during the weekend of Coachella. In fact, the outfit will kick off their endeavor with the aforementioned Foals in San Diego on April 15th. After that, it’s on to Austin, Nashville, and Georgia before The Kills make their up the Eastern seaboard and ultimately turn left for a series of Midwest performances. By mid-May, the band will find their way back west, culminating with a May 11th performance in San Francisco.

Cold Cave and The Entrance Band will supply support on all dates, except San Diego. Ticket information can be found on the band’s website.

Blood Pressures is due for release April 5th via Domino Records.