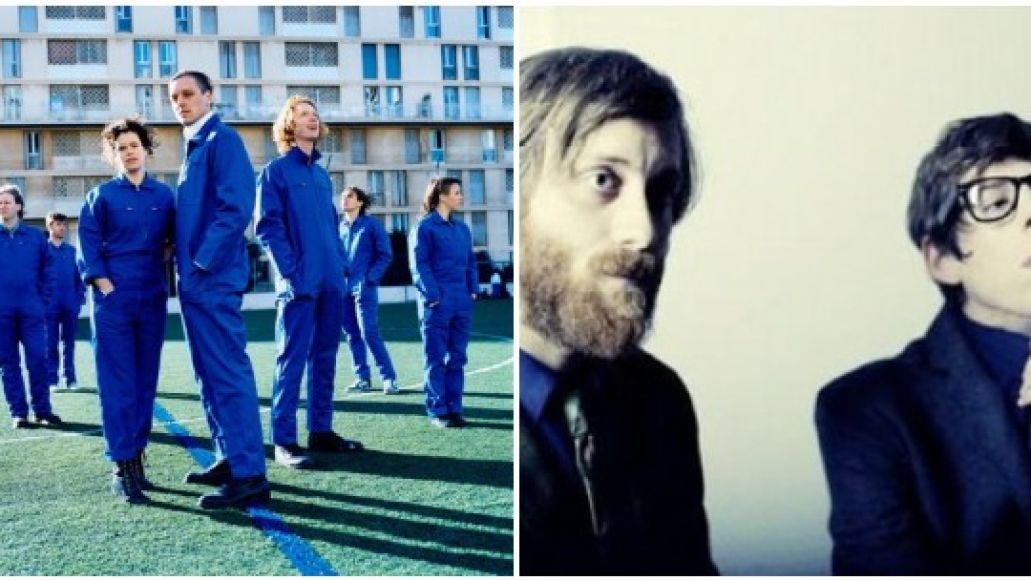 Refusing to rest on their golden gramophon’ed laurels, Grammy award winning acts The Black Keys and Arcade Fire have already announced plans to begin work on new material within the next year.

Spilling the beans on the XFM’s O2 Evening Show, Arcade Fire frontman Win Butler told guest-host Eoghan McDermott that the band nobody apparently knew existed plans to “write for about a month, a month-and-a-half” before heading to Europe to play shows – including one for 60,000 fans in London’s Hyde Park. And while Arcade Fire’s plans haven’t completely fleshed themselves out yet, The Black Keys seem to have a more concrete agenda in mind.

Patrick Carney and Dan Auerbach are set to begin recording the follow-up to Brothers in their new hometown of Nashville as soon as March. Auerbach said he relocated to Music City U.S.A. – where he’s just finished construction on a new studio – for a change in scenery, but that he doesn’t know whether or not his new digs will affect the Keys’ sound.

“I’m still listening to the same weird shit and searching for different sounds,” he told Cleveland.com, “All that stuff [probably] influences me more than my surroundings.”  He added that he’s “really excited about recording” and that if all goes well, then we may have the album by the fall. That’s all good and well, but in the meantime, you can catch both Arcade Fire and The Black Keys (along with a host of other big names) at this year’s edition of Bonnaroo.