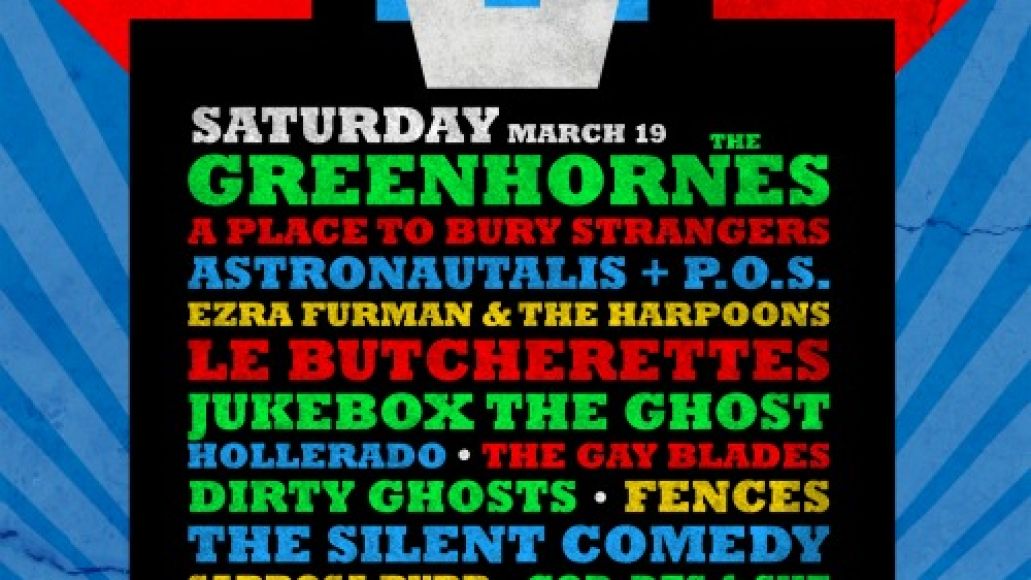 By now, you have over a hundred reasons to attend Austin, TX’s South by Southwest, but here’s one more. On Saturday, March 19th, Axis of Audio, which includes Consequence of Sound, Antiquiet, Some Kind of Awesome, Rock It Out! Blog, and Twenty Four Bit, alongside Knuckle Rumbler will launch what will undoubtedly be a monumental extravaganza. The Greenhornes, A Place to Bury Strangers, and an exclusive performance by Astronautalis & P.O.S. will top the party’s inaugural year, though it doesn’t stop there. Not at all.

The three will be joined by Ezra Furman & The Harpoons, Le Butcherettes, Jukebox the Ghost, Hollerado, The Gay Blades, Dirty Ghosts, Fences, The Silent Comedy, Sabrosa Purr, and God-Des & She. Take a breather, read that again, and then pee in your pants.

The event takes place at The Rumbler Lounge, located at 402 E. 6th Street, and will run from 12 p.m. to 8 p.m., which means you’ll be partying for quite some time. What’s more, two lucky patrons will each win a pair of passes to San Bernardino, CA’s Paid Dues Festival, which features our pal P.O.S. and the highly anticipated reunion of Black Star.

Stay tuned for set times and more information, including additional goodies we’ll be offering. In the meantime, be sure to RSVP (via Do512.com)!