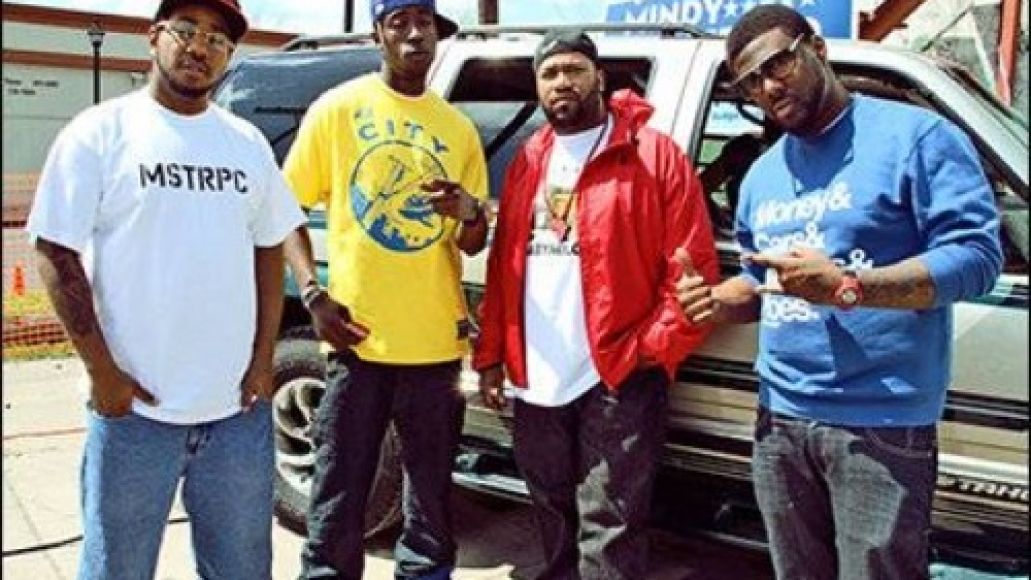 Bringing some truth to the expression, “The Midwest is best-est,” Fake Shore Drive is reporting that Indiana’s Freddie Gibbs has teamed up with The Cool Kids and Cleveland-based Chip Tha Ripper to form a rap supergroup called Pulled Over By The Cops. They last appeared on tape together for Gibbs’ “Oil Money” (which also featured another Ohioan, Dan Auerbach), but this collaboration is set to result in an entire EP.

The effort will reportedly be produced entirely by Chicago’s own Blended Babies, and the first available track – “Authority” – finds Nate Santos handling the hook while Gibbs, Chuck English, and Chip Tha Ripper exchange verses that questionin why cops even bother worrying about folks smoking blunts in their car when there are other heinous crimes going on all over the place. “Now you know goddamn well that I ain’t did shit,” they rap over a dusty drum loop, “my records cleaner than your grandparents house.” No matter how clean or unclean your grandparents’ homes actually are, you can stream the track below.