As usual, the Coachella lineup is filled with heavy-hitters. Looking past big names like Kanye West, The Strokes, Arcade Fire, Interpol, The Black Keys, Bright Eyes, Animal Collective, and Kings of Leon(for better or worse) can be pretty hard. But if you look a little deeper, past the marquee names, that’s where the true gold lies. The mid-tier and small-tier acts are second to none, and that’s what makes this year’s Coachella great. Among those smaller names you may not have caught while being starstruck by Yeezy are Swedish indie pop legends The Radio Dept.

For those unfamiliar, The Radio Dept. have been releasing some of the best indie pop/rock since the late ’90s. They’ve gone largely under the radar, however, due to an aversion to extensive touring and a conscious decision to remain low-key about their work, in an effort to stay true to the music they’re creating. They came to worldwide attention in 2004, when their debut album Lesser Matters dropped, receiving notable attention from NME. Since that time, though, they have stayed relatively out of the spotlight. They returned in stunning fashion with last year’s release of their much-loved third full-length, Clinging To A Scheme.

Along with their Coachella appearance, they’ve scheduled an extremely rare small North American tour (dates here) with a stop at 2011’s installment of Sasquatch! Music Festival in Quincy, Washington, as well. If you missed the boat on the first three albums and their plethora of EPs, it’s not too late to catch up, as they just released a collection of their singles, entitled Passive Aggressive, as well as a B-side companion disc to help peak your interest.

CoS had the wonderful opportunity to sit down with band member Johan Duncanson to discuss all things Radio Dept.

When you released Clinging To A Scheme, Pitchfork gave you a hell of a review, as did everyone else. How did that feel to finally receive some of the praise you deserve?

I mean, it’s always nice to have a good review as long as it’s a well-written text, and someone with good taste writing it, so it was great. We don’t really make any difference between a little blog or a big magazine, just as long as it’s written for the right reasons.

From start to finish, Scheme was a flawless record, and it certainly was your most accessible to date. Was it a conscious decision to record in a way that would appeal to a wider audience, or was it just the natural progression of the band?

It all came very natural. The album previous to Clinging To A Scheme, Pet Grief, was very calm and very clean, and we’d become tired of playing these very calm songs live. So we wanted to make a record that was more upbeat, or at least more varied and “rehearsing space”-y in its sound.

So, with that record under your belt and with the singles collection on the way, do you guys expect more press? I wouldn’t say you guys are reclusive, but you’ve remained fairly low key. Are you ready to come into the limelight a little more?

[laughs] Not really, no. That was not planned at all. We didn’t hope for anything, actually. We just wanted to release the thing. We worked on it for three years.

But do you want more publicity?

That’s a tough one. We’ve always preferred to communicate through the music and the record covers and so on, and maybe doing the occasional interview. But we tend to get nervous, and we’re shy people, so it’s easy to screw up a live interview and then you have to live with that for a long time. So we’re always a little bit scared of doing those things and just kind of reluctant, and those feelings haven’t really changed.

You guys have maintained a pretty sizable underground fanbase despite that aversion to interviews and the ensuing stress.  Why do you think that is?

I’ve never really thought about it that way. We just make music. That’s the thing. We never thought about getting a specific community, or, like, feeding the fans or anything like that. We do feel extremely lucky, however, to have them. Of course, there are things we want to get get across from just the chords or just the music, but a lot of music is about politics and aesthetics. But becoming big, or bigger, that’s never really been the case. But it’s nice that people like our music and come to the shows and get the records and everything. We really appreciate that.

So, about this tour that’s happening this spring: You guys aren’t notorious tourers, so, in context, this upcoming tour seems kind of like a big one. Why the sudden change?

It’s the biggest one yet! It’s not a change, exactly. I mean, we just made an album, and we’ve been touring Sweden, and we played in New York, and there was a big interest in the States. [laughs] And however boring it may sound, it was a financial thing. You can’t just go over there for two days or for a week. So, in order to not lose a lot of money, we have to do a longer tour. It’s kind of rough being away from home, but it’s going to be fun to see America, as well. It’s sort of a dream come true, just to go by car through America. 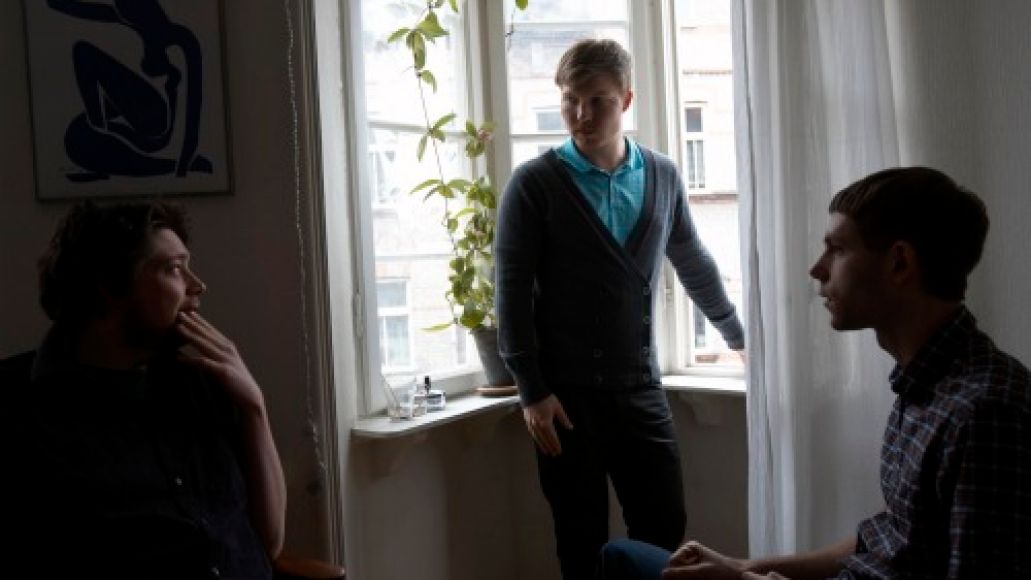 So I heard the Passive Aggressive: Singles collection last night, and, obviously the first disc is just a collection of the singles you’ve released over the years. But I’m wondering how you chose this set of songs in particular for the B-sides disc?

I guess we just chose the B-sides we were happiest with. We’ve got quite a few B-sides that are out of print, or that are hard to get a hold of. And Labrador wanted to do a singles collection, so we thought it’d be fun to throw in a B-sides record.

So, the Coachella lineup was recently announced, and it includes you guys. Who are you most excited to see perform at the festival or meet behind the scenes?

I don’t know if I’ve got any heroes like that anymore. But it’ll be really great to see bands play live. [laughs] I haven’t actually been able to see the lineup yet, so I’m going to go look at that right after this interview.

We quite like Animal Collective! We’re not sure if we’re staying for the full three days of Coachella. We know we’ll be there Saturday, the day we’re booked. We’re hoping for Sunday, as well. We’re really looking forward to playing that particular festival. We’ve heard that it’s supposed to be one of the best in the world.