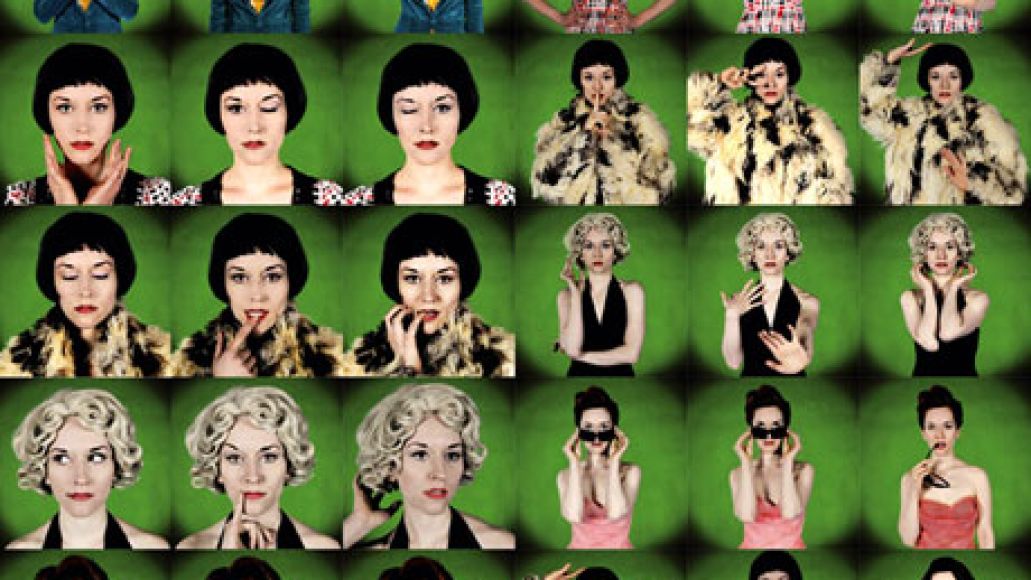 After last week’s soul-crushing news regarding the break-up of The White Stripes, we weren’t sure what Jack White would do next. Power out another release from one of his other projects? Maybe take an uncharacteristic break and sort some things out? How about dropping two new spoken word releases from his Third Man Records? Yes, we totally put our money on that last one going down.

As a part of the label’s Green Series, which already includes a single from Conan O’Brien, February 22nd will see the release of two new 7″ singles. The first will feature YouTube sensation and accent imitator Amy Walker, whose video “21 Accents” has over 5 million views, doing various accents (plus, there’ll be 30 record sleeves to represent each accent; how schizo!). On side B, Walker will discuss with White a number of topics, including, courtesy of a Third Man statement, “overuse of the word ‘like’ by modern teenagers, offending people by speaking in their accents and a wide-range of other topical subjects in an exploration of accents and dialects and how they relate to peoples preconceptions, and influence prejudices.” Will we be tested on this?

Oh, but don’t you dare go thinking for a second that Walker’s release is the weirder of the two releases. The second 7″ features North Carolina auctioneer Jerry King. While side A features White and King discussing the latter’s cadence and history as an auctioneer, side B will feature two mock auctions, which “depending on where the listener drops the needle they will be greeted by either an automobile auction or a tobacco/chocolate cake auction.” Sold.

Both releases are available via Third Man on February 22nd.