“I can make up my mind about a song just by the title,” Angry Years singer/guitarist Sean Fennelly tells me over Skype’s video chat feature. Normally, this is something that would result in a waterfall of conversation for me, because it is a principle in songwriting that I find quite alluring. However, it’s 7 AM here, and I am talking to a band that is in the mid-afternoon of their day. The Angry Years are from England, which makes this interview transcontinental, just going to show how the digital age can make us all a bit closer together, with both our “phone calls” and our music distribution. I have never heard the Angry Years’ music before, yet their name is extremely alluring and simple. “I can make up my mind just by the title.”

The band’s name says it all: The Angry Years. It’s basic, genuine, and very raw, which is reflected in their music. When I casually ask where the name comes from, their other singer, Juliette Jackson, jokingly states, “It sounds cool,” which it obviously does. It’s the kind of band name you could easily imagine being on a flier and having a damn good following. Fennelly explains it a little further:

“It comes from our lyrics, which are generally about irritating moments, which are kind of like an indicator of what it’s like to be human. But it is also based on a nonfiction book by Colin Wilson. It was about the post-war generation of young men, who couldn’t fight in WWII and saw differently about adolescence, entering adulthood and finding it isn’t what they expected it to be.”

In terms of material, the three of them (Fennelly, Jackson, and a cat by the name of Joss Lindey on drums) have not released an overabundance of songs. Many bands nowadays use the power of the internet to distribute their songs at high speed. Meanwhile, The Angry Years are laying low and firmly believe in quality over quantity. “I wouldn’t want to be one of those bands with nine albums from their mom’s house and a record label owned by their cat,” Fennelly tells me. “One quality song is worth nine albums of material. The less, the better.” 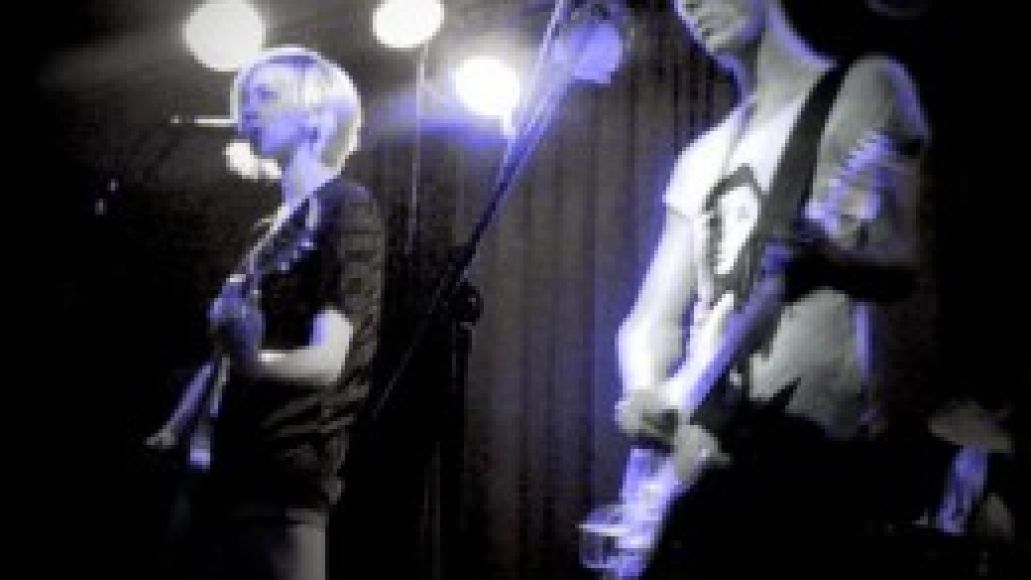 The quality of the songs is grand as well. While the band sings about everyday angry moments, they turn to bands like These New Puritans, Queens of the Stone Age, MF Doom, and Big Boi for their style. Right now, their musical gem “Dress Yourself As Someone Dead” is scattered all over their websites, primarily their MySpace and Facebook. The song is reminiscent of the Yeah Yeah Yeahs with high, falsetto vocals and a heavy yet catchy riff, with tempos and instrumentation that build throughout the song. The band’s strategy in coming up with songs of this caliber is rather simple as well. “We form ourselves more on what we don’t want to be,” Fennelley explains to me. What the band doesn’t want to be is forgotten, and “Dress Yourself…” is one tune you won’t forget anytime soon.

Overall, the band just seems to enjoy what they do. They aren’t trying for world domination anytime soon, sticking close to their London stomping grounds and playing shows in the area. What comes next for them, though, is entirely their call. “It’s all to avoid getting a proper job,” Fennelly jokes. “We’re always going to be a little fish in a big pond.” This does not faze the band whatsoever, though, because The Angry Years have very specific feelings about why they play music for the London population. “There’s boundaries people buy into when they listen to a song, and if you can give somebody an impression that a song can be anything, you can turn them to interesting alternatives.” The band pauses for a moment, thinking about how to complete their answer, and they leave me with by far the best response. “We don’t know, we just are–we don’t know why, but we would never consider doing anything else.”  That says more about this band than any title ever could, which proves that they are just like anybody else exiting their personal angry years: confused about what comes next, but hopelessly devoted to getting there.

“Dress Yourself as Someone Dead”