On an inexplicably rainy night in southern California, a group of twenty-somethings gathered around Pomona’s gorgeous Fox Theatre. The group quickly became a gang, which eventually turned into a full-on queue line that led two blocks down the street. At this point it was abundantly clear: Pomona loves them some Chromeo. Then again, it seems as though everyone loves them a little Chromeo. Ninety percent of their dates on their “Risky Business” tour with openers The Suzan and MNDR completely sold out.

This was to be Chromeo’s last stop on the tour, and that fact didn’t seem to be lost on all the kids waiting in the rain for two hours. A tangible buzz wafted through the air, the type you feel when you’re completely in the zone at your favorite club and the DJ’s catering to your tastes exactly and you see that chick from across the room eyeing you and you know in an instant that this is gonna be a good night. The college crowd, in their Goodwill secondhand neon jackets and Vans skate shoes, came ready to dance to one of the more popular live dance acts in recent years. And I doubt anyone left disappointed (except for that poor young fellow in front of me whose level of inebriation had deemed his legs inoperable before the opener even went on).

All-girl Tokyo band The Suzan primed the crowd for a hell of a dance show with its accessible sing-along brand of Japanese synth/punk. Their explosive (albeit somewhat misguided) live antics made them an easy target for the audience’s affection. In what must have been Japanese or very bad Engrish (still trying to decide), the girls yelled their choruses in a way that brought life to the chilly night in Pomona, rolling out the red carpet for the next two acts. 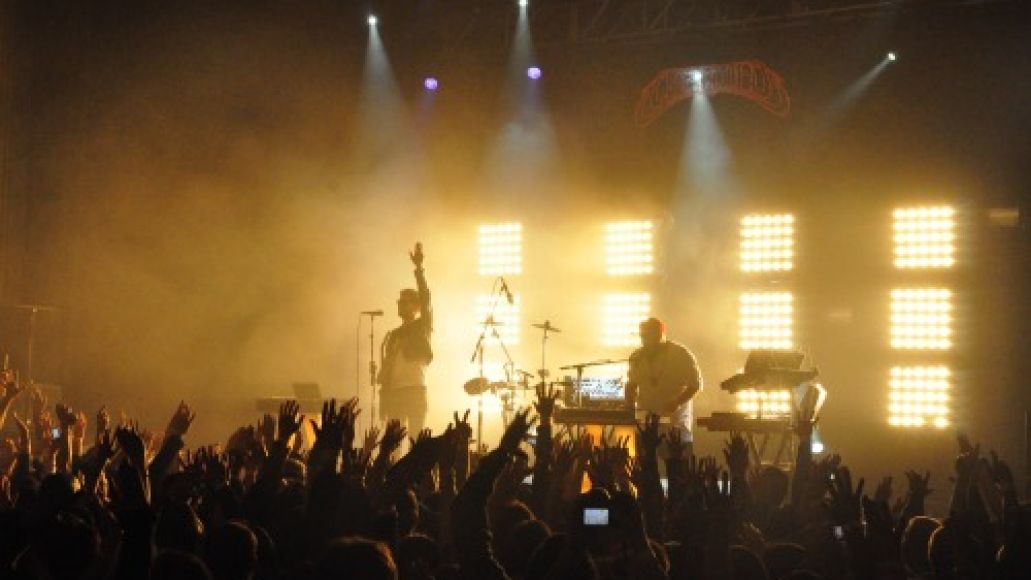 MNDR is the (sometimes) solo act of Oakland native Amanda Warner, and should promptly be checked out if you haven’t already done so. Her genuine knack for dance/pop music, reminiscent of early Blow, with the most unbelievably catchy choruses, is something of a sight. Not to mention, she utterly destroys her vocals and dances in a way that conveys she’s completely in the zone. There is a certain point when you can just tell when an artist is in love with what they’re doing, and at the sold out Fox Theatre, Amanda Warner was one of those artists. While her odd, dark Flying Lotus-like visuals and quirky pop songs were not as bright and cheery as The Suzans’, she was equally well received, leaving but one act, the moment we’d all been waiting for: Chromeo.

Chromeo have built a career around producing the coolest dance music for the past five or so years, and their latest release, Business Casual, was no exception. Taking the stage to their signature “Intro”, the crowd sung/yelled along to the “Chromeo, oh-oh” with cheers and screams interspersed. In past festival encounters with Chromeo, I’d found this to be sort of self-righteous and obnoxious, but in the dimly lit club filled to capacity with adoring fans, it made perfect sense. 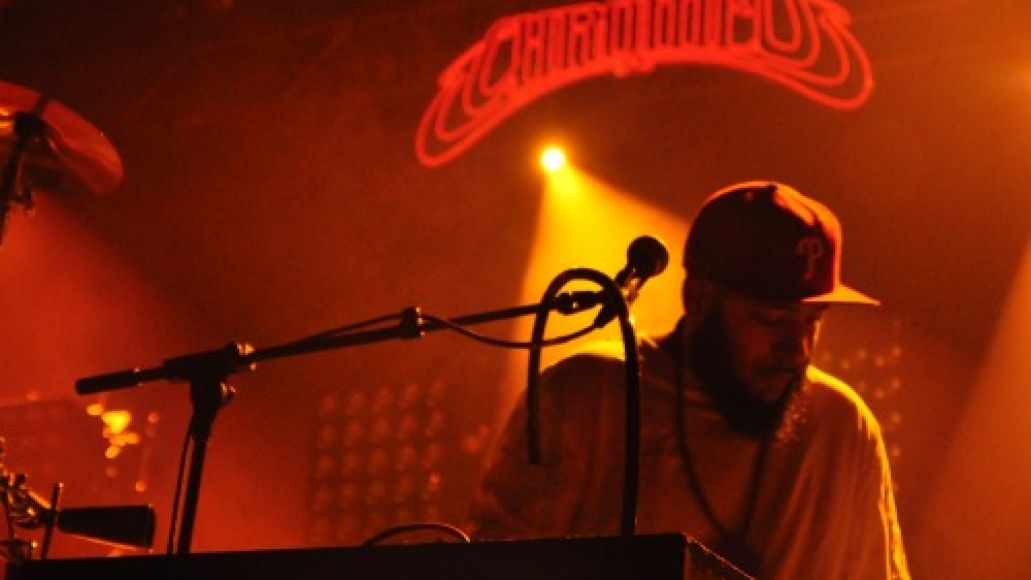 They ran full-octane through the night, but were in no hurry to end what was to be their last show on this very successful tour. P-Thugg and Dave 1 were absolutely glowing with smiles as their fans cheered them on. Once again, they’d zeroed in on that point where you can tell an artists loves what they are doing. The instant they hit with “Don’t Turn The Lights On”, everyone in the building went nuts.

From there on out, it was a heyday of funky dance music and beloved indie dance anthems. From the captivating chorus of  ”Tenderoni” to the sing-along version of “Needy Girl”, it was blow after body blow of hard-hitting songs that didn’t drop in tempo even once. When’s the next tour? 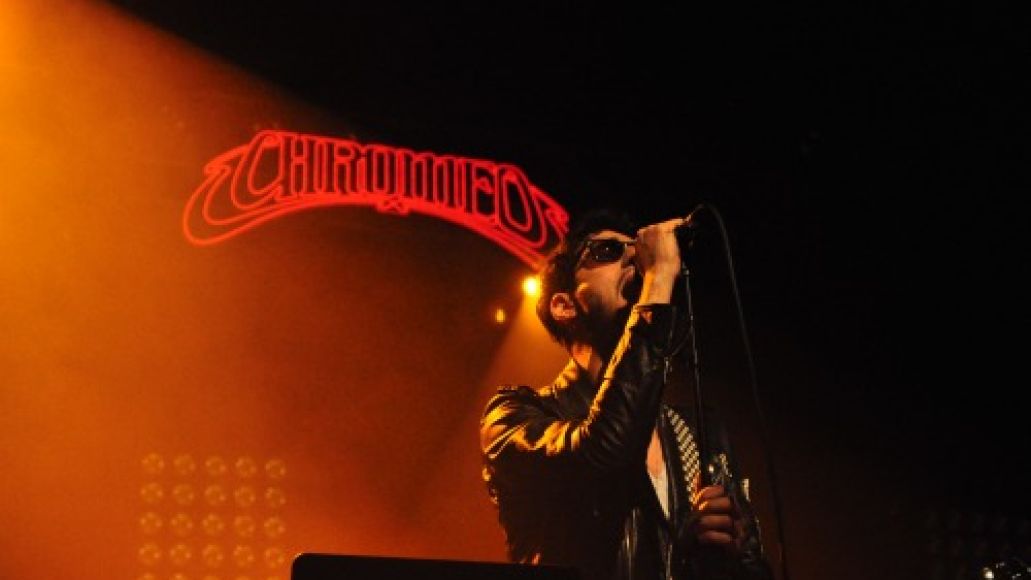 Setlist:
Intro
Don’t Turn The Lights On
I’m Not Contagious
Outta Sight
Me & My Man
Tenderoni
Call Me Up
Hot Mess
Waiting For You
When The Night Falls
Easy To Love
Bona Fide Lovin’
You’re So Gangsta
Night By Night
Momma’s Boy
100%
Fancy Footwork
She’s In Control
Encore:
Needy Girl
Grow Up