The Dismemberment Plan helped a lot of music lovers get through their tumultuous college years and twenties. Over a scant four albums, the band poured out bittersweet musings on quarter life that were surreal without being obtuse, emotional without being whiny, and playful without being goofy, capturing both the nervous energy and mind numbing repetition of most folks’ first steps into the real world. Any frustrated, fresh out of school office employee could relate to the abstract existentialism of “Spider in the Snow” and “You are Invited” while spazzing out to ironic dance-in-your-bedroom cuts like “Do the Standing Still”. Most of their fans are now on the cusp of 30 and beyond, having surpassed the growing pains of their post university days to now enjoy the songs not as immediately relatable experiences, but as nostalgic reminders of a particularly confusing section of life that they were able to pull themselves through. The audience at The Plan’s Saturday night show at Chicago’s Metro (the first of two) was a testament to this, a gaggle of mid-twenty to late-thirty somethings celebrating making it out of their trying post university years alive. 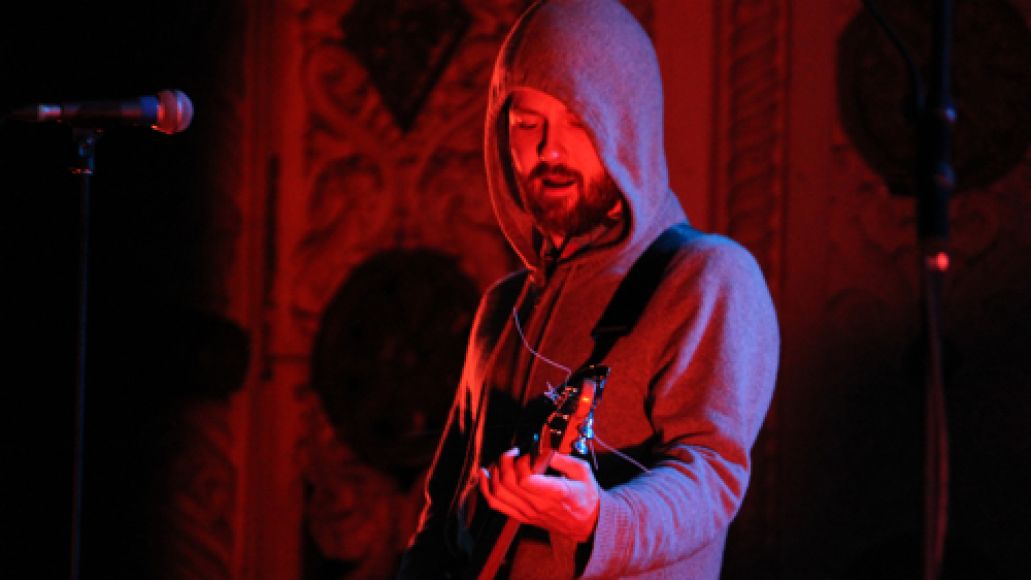 The band casually took the stage in typical unceremonious fashion, with hoodied, freshly bearded frontman Travis Morrison sheepishly grinning at the crowd before dedicating the show to the Wisconsin workers union, then launching into the abrupt falsetto of Emergency & I opener ”A Life of Possibilities”. From the get go, it was clear that every vocal spasm, every keyboard warble, every bass freakout from the records would make their way onto the stage. This is not easy music to pull off, and it was pretty damn astounding to see Morrison and company capture all of their albums’ erratic nuances in real life with a sense of jubilation and enthusiasm unseen from most modern indie rock acts. Morrison’s maniacal stuttering of tracks like “Girl O’Clock” and “The Dismemberment Plan Gets Rich” were not only left fully intact, but bolstered with additional feral spewing and rhythmical convulsion, transforming him from a giddy Road Runner into a demonically tongue-twisting Woody Woodpecker. The rest of the band adroitly weaved in and out of around his cartoon cyclone, with tribal jazz-minded skin slapper Joe Easley harnessing the chaos while bassist Eric Axelson and lead guitarist Jason Caddell took turns shedding their axes for spacey sounding shifts at the keyboard. 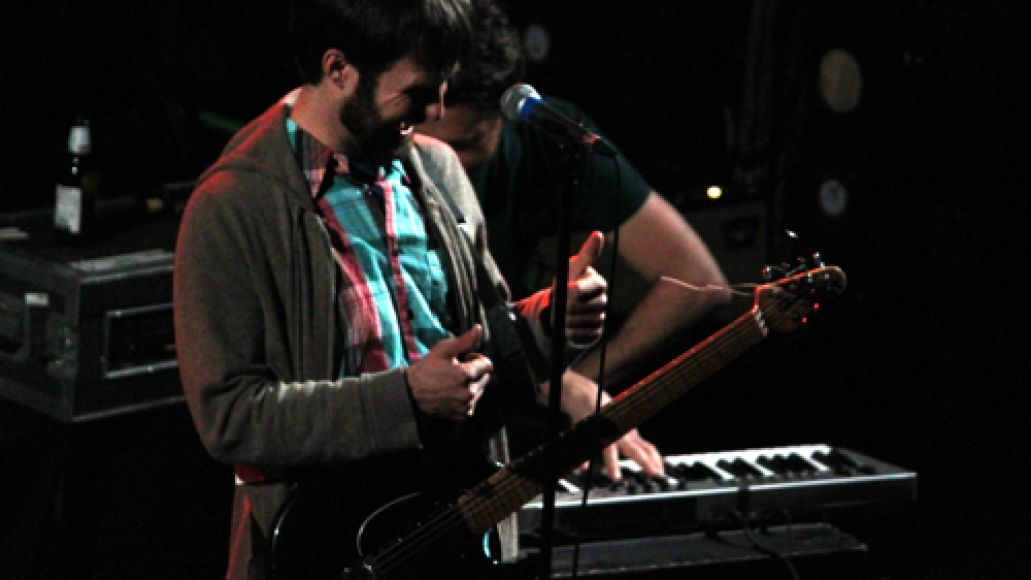 Part of The Plan’s charm has always been their placement of growlier, more internal songs in between their bursts of punkish energy, and the band handled the more snarling tunes with equal fervor, plowing through the macabre imagery of “Time Bomb” and ! gem “Rusty” with intense musical precision and red lit focus. The entire show was strategically sequenced, with the darker numbers coming one at a time and no two songs from the same album being played twice in a row. Unsurprisingly, the night’s most dynamic moments were the tragicomic tale of New Year’s isolation, “The Ice Of Boston”, where the band exercised their longstanding tradition of letting a mob of fans dance with them on the stage, and the discombobulated bark of “What Do You Want Me To Say?”, a Plan stalwart reinvigorated by its recent scorching performance on Late Night With Jimmy Fallon. The song’s climax saw the band collapsing into inspiring mechanical disarray, Morrison’s yelps reaching hurt and howling heights while his bandmates fell into a bass and beep sci-fi jam. 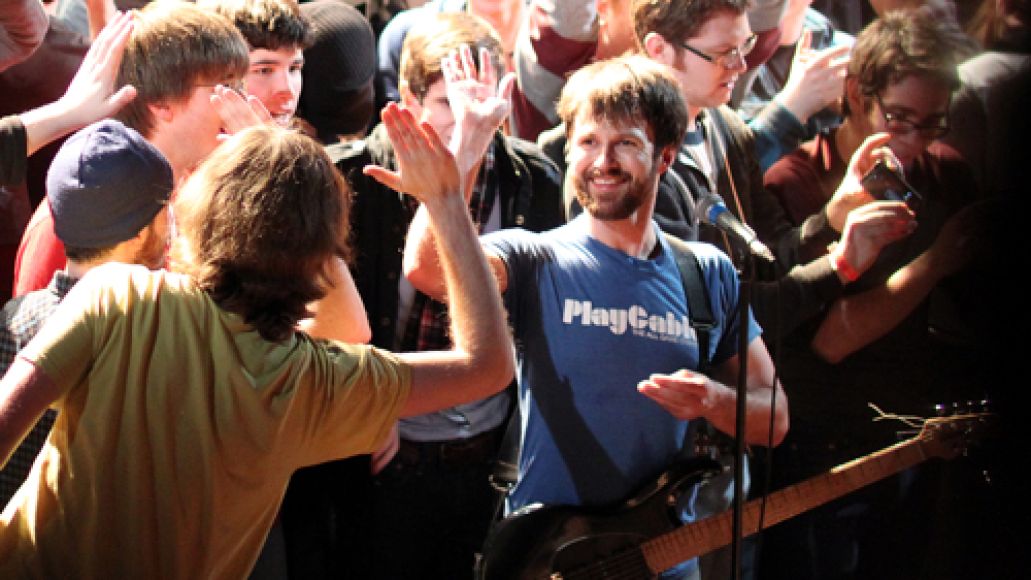 Post punk shredder and first set finale “Ok, Joke’s Over” received even heavier improvisational treatment as Morrison launched into a self-mocking rant on life’s frustrations that smoothly transitioned into a sped up garage version of Beyonce’s “Single Ladies (Put A Ring On It)”.  The band briefly left the stage and returned for one of the longer encores of their reunion tour, finally closing out with the metaphysical meditation “Back And Forth”. Morrison charged up fans with his scatological riffs on evolution and the future before quietly ending things with a six note keyboard riff that sent the audience off into the night. The band has insisted that no future albums are in the works, but their musicianship and camaraderie offer hope, signs that they are experiencing their songs in the same fashion as their longtime listeners; not as a means of motivating the morning work commute, but simply as a way to have a good time time.

Setlist:
A Life Of Possibilities
The Face of the Earth”
Rusty
Spider in the Snow
Following Through
You are Invited
Superpowers
What Do You Want Me To Say?
That’s When the Party Started
Time Bomb
Memory Machine
The Dismemberment Plan Gets Rich
Gyroscope
Ellen and Ben
Do the Standing Still
Girl O’ Clock
Ok, Joke’s Over/Single Ladies (Put a Ring On It)
Encore
Just a Friend” (Biz Markie cover – tease)
The Ice Of Boston
The City
Pay For the Piano
If I Don’t Write
Back and Forth
——