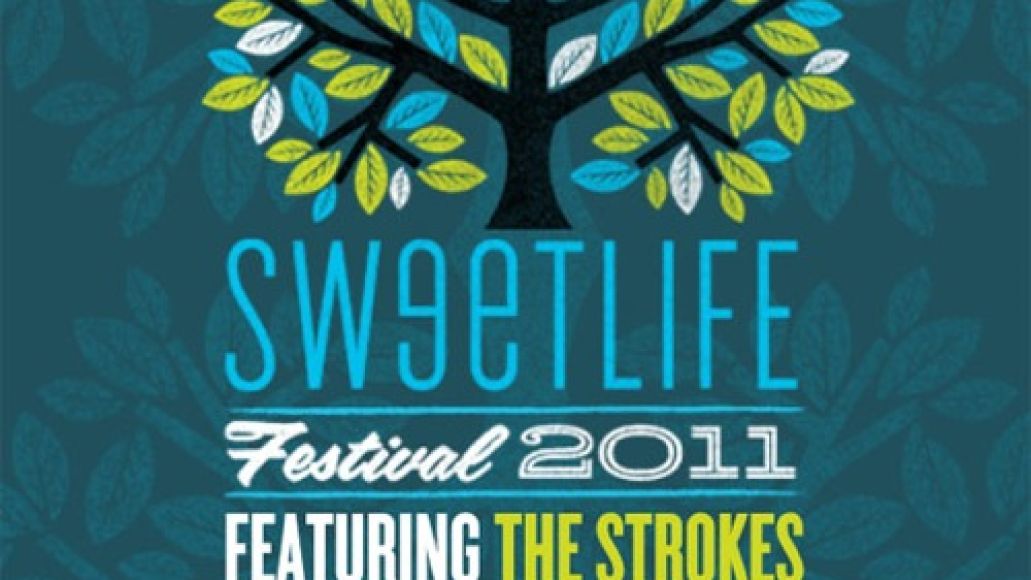 The first thing that comes to mind when you think of The Strokes definitely isn’t carbon neutrality and locally grown, organic produce from your neighborhood farmer, but the Sweetlife Festival apparently wants to change all that as the folks over at Sweetgreen (who are putting on the fest) have just announced that the New York City-based garage-rock revivalists have added an April 30th stop at the Merriweather Post Pavillion to their current attack on 2011’s festival season.

Born in 2007, Sweetgreen is a Washington D.C.-based restaurant group that aims to “provide fun fashionable food that’s healthy for you and aligned with your values” while sharing the founders’ love for live music.  Their concert-throwing days started with block parties at the restaurant’s Dupont Circle location in D.C., but the group has now officially graduated to one of the most popular venues on the Eastern Seaboard.

“This festival is bringing us one step closer to realizing our vision for the ‘Sweetlife’,” says Jonathan Neman, co-founder of Sweetgreen with Nathaniel Ru and Nicolas Jammet. “We’re excited to bring an event like this to Washington DC, and to bring together two of the most important aspects of the Sweetlife: sustainable food and live music.” Guess there won’t be corn dogs and funnel cakes at this one.

The rest of the lineup hasn’t been announced and ticketing information is still unavailable, but you can sign up for a pre-sale code at the fest’s official website and snag a chance at backstage passes on the festival’s Facebook page.

The Strokes to headline Sweetlife Festival 2011