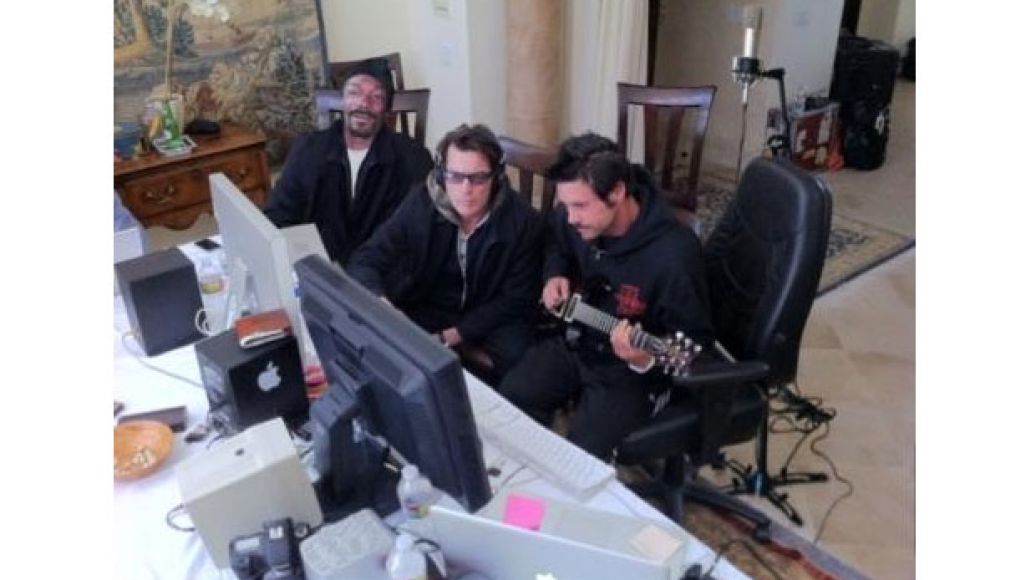 With Two and a Half Men booting him and more goddesses to care for, it was inevitable that Charlie Sheen would hit the road for his “Fastball: My Violent Torpedo of Truth/Defeat is Not an Option Show”. But like any good show before it, so much of the success will depend on the music the show utilizes. And since Mr. Sheen deserves nothing but the best, the man with tiger blood or whatever he’s spouting between bong hits has tapped Snoop Dogg and Filter’s Rob Patterson to collaborate with Sheen on a track for the show (via Billboard).

As he is want to do, Sheen took to Twitter to announce the trio’s project, writing “Warlock meets his makers-music makers that is @SnoopDogg @robpatterson666 get ready to rock the Sheenius within!” along with posting the photo above. No word yet if Sheen will preview the track before the tour, but stay tuned to CoS if it drops at any point. Since making the initial announcement regarding the tour, Sheen has also added a plethora of more dates, all of which you can see below.