Throughout the entire night, two women stood near me on the balcony as each opening act came on and played through their respective sets. They looked on with vague interest, seeming like the types of concertgoers who don’t move around much during the show. Once the Dum Dum Girls hit the stage though, it was like a switch was turned on. Suddenly, they were bopping along to every number and leaning over the ledge to rock out during singles like “Jail La La”.

That’s just one example of how hard the California quartet blasted their way through the Bowery Ballroom last night. In their hour-long set, the band shoveled out an endless amount of energy, which the excited crowd happily reciprocated. It wasn’t all the Dum Dum Girls, though. Their headlining performance came at the end of a long trail of opening acts. The entire evening kept on building as each musical act got better and better.

First, though, was the disappointing noise of Dirty Beaches, AKA Alex Zhang Hungtai. I say noise because that’s pretty much what his work sounded like. This wasn’t the good type of noise rock made famous by bands like Sonic Youth and My Bloody Valentine. Instead, it was just a mess of guitar notes and chords that often had no semblance of musical form. The second issue facing Dirty Beaches was that it wasn’t much of a performance. A good 75% of the music came out of prerecorded sound or out of quickly made loops. Backing tracks and loops are alright if they enhance the live effort. But in this case, there were entire songs that went by where Hungtai didn’t even touch his guitar, choosing instead to howl into the microphone as the music came out of the speakers behind him. 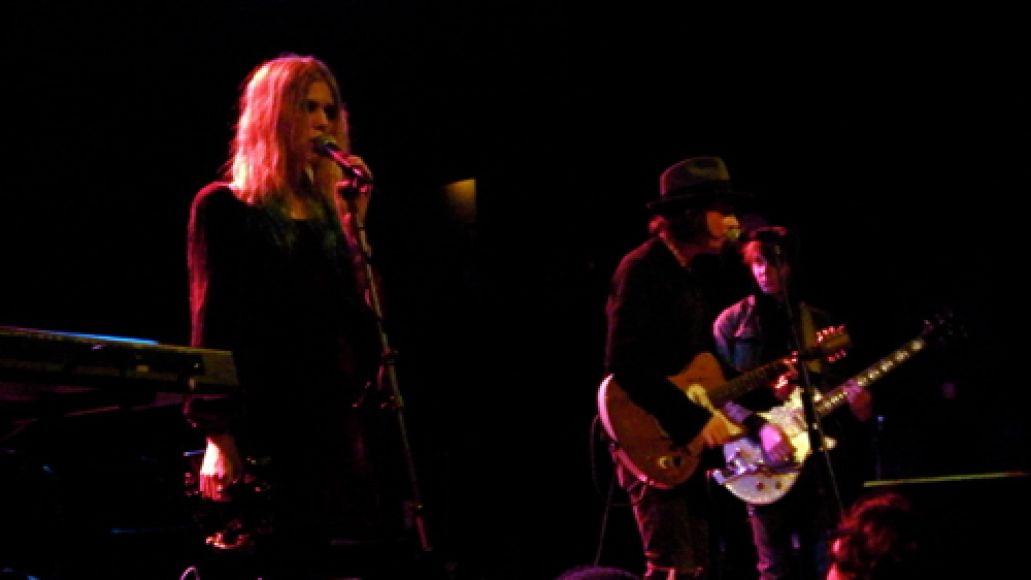 After the grating first opener, the next two acts were a major improvement. First to hit the stage was the loud, rapturous, straight-up rock of MINKS. The six-piece band kept the audience interested with riff after riff of New Wave goodness. Throw in some strong vocals (of both genders) along with a steadfast but appealing rhythm section, and you have a band that’s worth checking out. The only downside came from their mix, which essentially muted the keyboard textures for the most part. While MINKS made for an excellent opener, Frankie Rose and the Outs were good enough to headline their own Bowery Ballroom show. Rose quickly established herself as a great frontwoman, telling the crowd stories and tidbits from her life. Each song was infused with ethereal harmonies that fit perfectly with her soaring vocals. Keep an eye on this group. 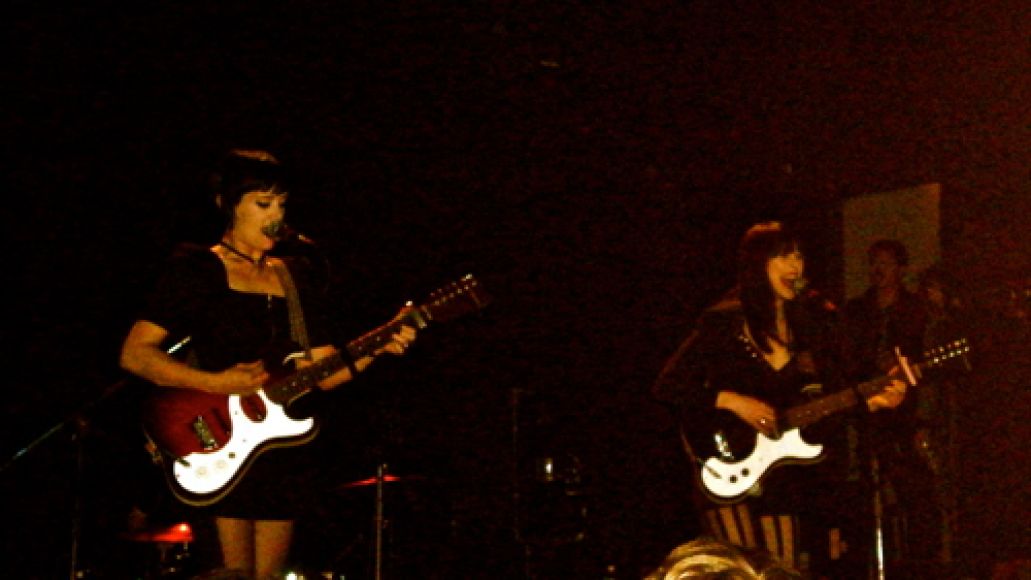 It was almost midnight before the Dum Dum Girls started, but both the band and the crowd were up for it. With material culled from its full-length debut, I Will Be, and their recent EP, He Gets Me High, the Dum Dum Girls glazed the set with a raucous energy like no other. Frontwoman Dee Dee never stopped moving, whether it was waving her guitar around or rocking in place to the tunes. Behind her, projected visuals of girls swimming or silhouettes dancing skated back and forth, basking her in a euphoric glow. They were simple yet effective, and worked along with the music to create a warm vibe throughout the rhythmic audience. Highlights are hard to choose, mainly because every song in the set garnered the same positive reaction, although “Jail La La” sounded superb, fitting right alongside excellent performances of other tracks like “Wrong Feels Right”, “Rest of Our Lives”, or the band’s recently celebrated cover of the Smiths’ “There Is A Light That Never Goes Out”.

Setlist:
Play With Fire
He Gets Me High
Catholicked
I Will Be
Bhang Bhang, I’m a Burnout
Take Care Of My Baby
Jail La La
Wrong Feels Right
It Only Takes One Night
Teardrops
Everybody’s Out
Lavender Haze
Rest Of Our Lives
Encore:
There Is A Light That Never Goes Out