Violinist Keats Dieffenbach, tasked with introducing Sunday night’s concert, called the theme of Ensemble ACJW’s program “composers reworking old materials.” We have a word for that in modern pop parlance: remixes. True, it’s gone by a variety of names throughout music history: parody mass, cover song, remix, arrangement. Yet these compositions were not just reworkings of old materials. The transcriptions, parlor song quotations, and even a Girl Talk-esque mashup of 18th century symphonies seemed to represent a variety of compositional exercises – or better yet, compositional games – that each composer fancifully undertook. There was, therefore, a certain unity to the evening’s agenda that worked well. As with any experiments or games, some are more successful than others, often a result not only of the composer but the performers as well.

The clear winner of the night was the final piece, Charles Ives’s Trio for Violin, Cello, and Piano. Written during the first decade of the 20th century, it is one of Ives’s first chamber works to display the maturity and care of his best compositions. The piece itself, a composite of singing melodies, flashes of recognizable hymns and 19th century pop songs, and thick chromatic harmonies, was aided by the spectacular playing of Emily Popham Gillins, Hamilton Berry, and Stephen Gosling. As the only player not a member of Ensemble ACJW – which is sort of like a post-grad group for Julliard students – Gosling (piano) meshed perfectly with the other instrumentalists, providing a solid and even base upon which Gillins (violin) and Berry (cello) layered expressive phrases and dynamic arcs of melody. Ives wrote his Trio to sound like an ensemble piece, not like a soloist with accompaniment, a facet that the players understood well. Gillins perfectly captured the jerky rhythms of a country fiddler while quoting bits of Stephen Foster songs and other minstrelsy tunes, even during the slow movements. Yet she presented them alongside cantabile, Romantic melodies without any change in affect or style, seamlessly integrating the two genres. The wild, frenetic second movement, in which it seems that Ives is purposely trying to throw off the group with polymeters and multiple melodies in a variety of keys, was awesomely played. 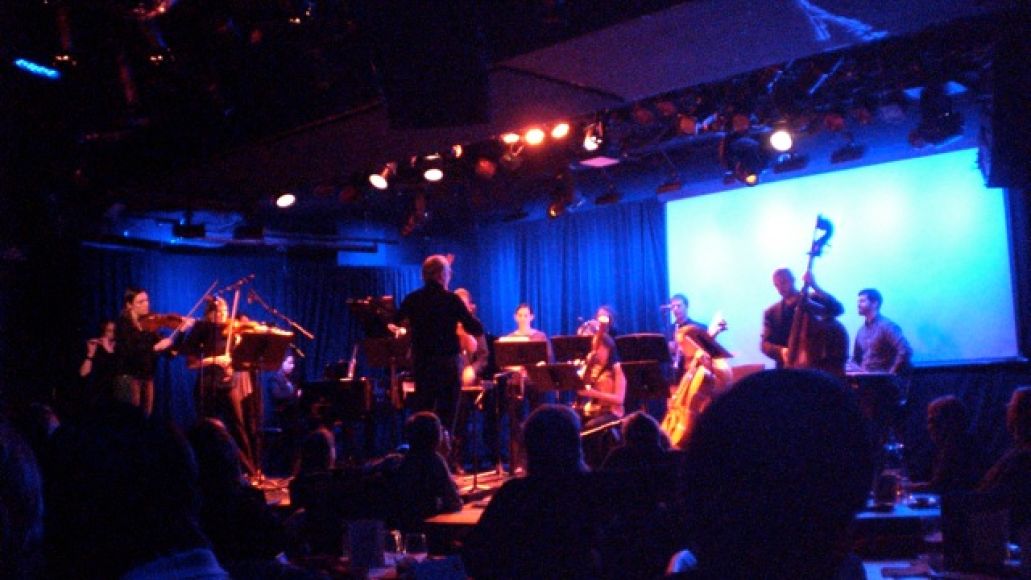 On the other end of the spectrum was Jonathan Dawe’s Symphony of Imaginary Numbers, a work which suffered from being a good idea that didn’t come together in the end result. Dawe was on hand and gave a slightly-too-lengthy and indulgent explanation of the piece: it combines Mozart’s D major “Haffner” symphony with Johann Christian Bach’s E-flat symphony, conjoining one note from each. The rest of the notes, Dawe explained, were generated with complex math; hence the titular imaginary numbers. The music came off as a weirdly dissonant neoclassicism, the type of thing that a critic once said of Stravinsky: it sounds like Bach with pockmarks. This version sounded like Mozart with bipolar schizophrenia.

It was a Classical symphony in affect, rhythm, and texture, but its harmonic and melodic content were neither the gallant consonance of Bach/Mozart, nor the thorny dissonance of much contemporary music. It sounded like a bad mashup of J.C. Bach and Mozart, but mostly, it didn’t sound like Dawe, which is to say that his compositional voice was absent. Instead, he came across as a mad scientist, a Maestro Frankenstein taking parts of this and that to create a monster. It could have worked, but for me, it didn’t – it lacked coherence, an arch, an endgame. Although Dieffenbach claimed that the group figured out how to make it not sound like “sheer chaos,” the players weren’t quite able to bring the piece together, unable to find something to grasp onto. Perhaps this was because there was nothing graspable in the first place. Only in the final few measures did the piece seem to come together, but otherwise it felt like a jumbled mess of disparity. 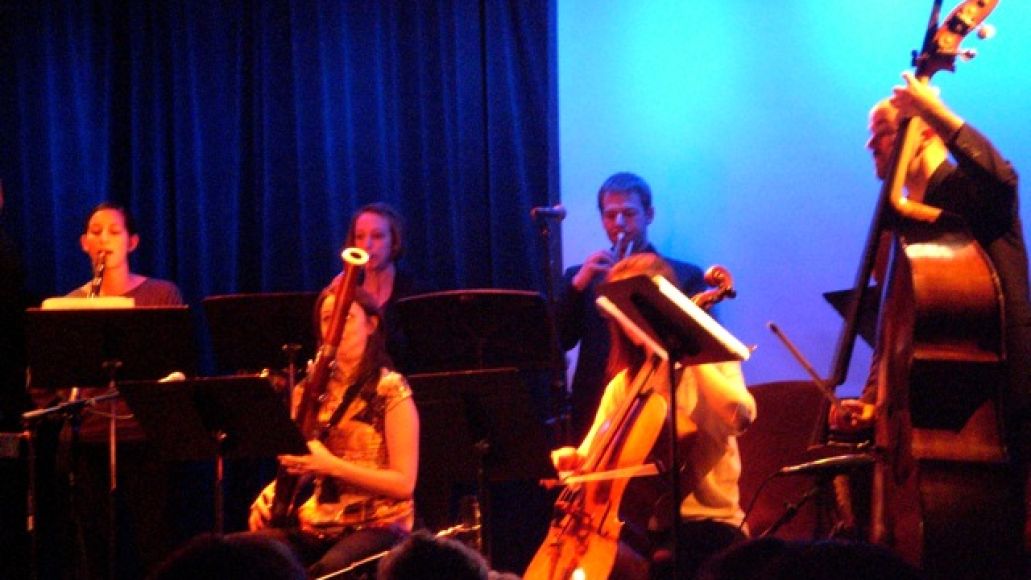 The Dawe symphony was bookended by four hand piano works by both Mozart and J.C. Bach’s father, the infinitely better known J.S. Bach. These were played with a genteel serenity by Marina Radiushina and David Kaplan, who demonstrated their mastery of the 18th century keyboard style in a evening dominated by 20th- and 21st-century expressions. The Bach chorale preludes, transcribed for piano four hands by the modern Hungarian composer GyÃ¶rgy Kurtág, were especially impressive, the fugal Aus tiefer Not schrei ich zu dir sounding like a single instrument working through contrapuntal intricacies rather than two humans working together. Rounding out the night was the Ives “greatest hit,” The Unanswered Question, a piece that I am all too happy to keep seeing on programs. Conductor James Baker made a surprising choice by going with the original version of the work, as opposed to the more frequently played revision Ives made later in life. Occasional pitch issues befell the first violin, a forgivable offense given how incredibly high and quietly she had to play, yet they would have been less noticeable with a larger string section. It felt as though the ensemble was paying too much attention to the notes, and not enough to the idea of how a meditative sound world can be shattered by the angry attempts to answers life’s unknown facts.