It’s coming up on midnight at Terminal 5. Among the dancers on the second level of the venue is a raver with an extra dose of crazy in him. He’s dripping in sweat, so much so that his green t-shirt looks like it was dunked in a pool. Yet, despite a state of near exhaustion, the driving drum beat of “Yeah” is better than a shot of adrenaline to the heart. Within seconds, he’s screaming along to the song and jumping just as wildly as before. This is only the first of LCD Soundsystem‘s final shows.

Despite what appears to be the end of James Murphy‘s dance-punk revolution (at least in a live venue), he isn’t letting his fans become morose by the news. Instead, it’s time to celebrate. That’s what LCD did for three hours Monday night. Whether the songs were as familiar as “All My Friends” or as rare as “Freak Out/Starry Eyes”, the band knocked them out with the same energy and enthusiasm that his loyal fanbase had as they bounced to every beat. 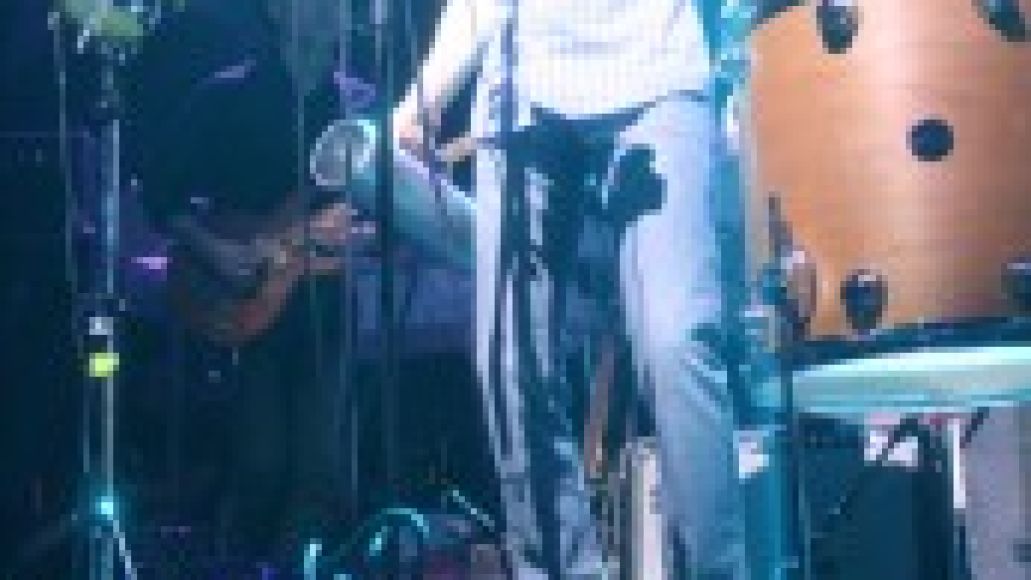 Before Murphy’s timeslot began though, ’80s post-disco group Liquid Liquid had their shot to get the crowd going. After a series of technical mishaps at the start (more the fault of the equipment than the band), they got moving with their groove-based jams. While the first couple of numbers were pretty good introductions to their funk/dub reggae style, the rest of the set was underwhelming. Due to its heavy focus on rhythmic instrumentation, including Salvatore Principato’s voice, many tracks sounded too similar to be distinguished from each other. It made for intriguing background music as the audience chatted but didn’t work as much more.

Soon enough though, LCD Soundsystem made its way to the stage and kicked off its set with three of the strongest songs from This is Happening. “Dance Yrself Clean” built up into an explosive climax, leading into the always-fun “Drunk Girls”, and the soulful croon of “I Can Change”. The rest of the first set was full of bunker-bursting beats and quite a few of Murphy’s best known works. The combination of “Get Innocuous!”, “Thrills”, and “Daft Punk Is Playing At My House” was electrifying for both the band and the audience. The first hour ended with the closest thing to an arena anthem he’s written. The jittery keyboard that you can listen to forever? A slippery bass line that weaves along the track? The loudest singalong of the evening? Of course, it’s “All My Friends”. 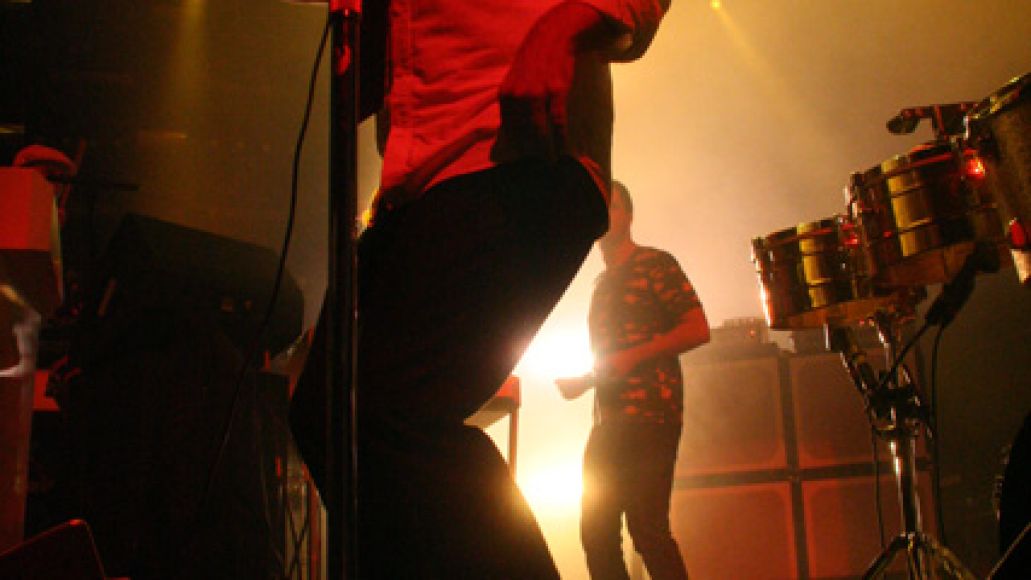 After a short break, the group return for hour two: hardcore fan edition. If you think this means lesser known songs from LCD’s albums, you’re not there yet. Nearly every song from this set was off of Murphy’s 45:33 EP. Yet, despite the unfamiliarity to some, the crowd ate it up. The addition of a trumpet section to play selections from 45:33 was a welcome change to the band’s live formula and made for a spectacular, original performance.

The final third of the set was where all the gold was though. LCD followed the adage “save the best for last” to a ridiculous degree. Don’t believe me? Well, for starters, the band opened with “Us v Them”. Not enough? How about an insanely aggressive and shattering version of “Yeah”? That’s not even including the excellent back-to-back segments, such as “Tribulations”/”Movement” and “Someone Great”/”Losing My Edge”. This last section utterly transformed the already frenzied into a more frantic state. The show essentially became a rave for a while, with hardly anyone sitting down. The only people in chairs and on the floors were those too exhausted from dancing to stand.

Things did get emotional once the night reached its end. After a heartfelt thanks, Murphy beautifully sang his tribute to LCD Soundsystem’s hometown in “New York, I Love You but You’re Bringing Me Down”. It was only during that song that the sense of what we were about to lose set in. It was a sad moment for everyone there, but if the band had to retire, they’re doing so in a perfect manner. So many great groups go out with a whimper. Not only did LCD Soundsystem go out with a bang, but with one that was custom-made for their fanbase. There’s no better way to respect your legacy then playing to those who made it possible.

Setlist:
Dance Yrself Clean
Drunk Girls
I Can Change
Time to Get Away
Get Innocuous!
Thrills
Daft Punk Is Playing At My House
Yr City’s a Sucker
All My Friends

Us v Them
You Wanted a Hit
Tribulations
Movement
Yeah
Someone Great
Losing My Edge
Home
New York, I Love You But You’re Bringing Me Down
——