Lou Barlow has spent the past (almost) 30 years playing indie rock’s resident everyman, splitting time between Dinosaur Jr., Folk Implosion, Sebadoh, and his solo career. Everything from his endearingly scruffy appearance to his tendency to mingle with fans and hawk merch before shows betrays a sort of person-ability that sets him apart from most of his rough-looking lo-fi brethren and lends his music an especially relating quality. Friday night at the Echoplex was no exception for the indie icon, as he took time out before the show to work the merch table, selling shirts, signing autographs, taking pictures with fans, and generally appearing a far cry from the godfather of emo, as he’s so (in)famously purported to be. Barlow recently took a break from the blissfully ear-bleeding fare of his full-time gig as bassist of Dinosaur Jr. to reunite with his old buddies in Sebadoh, Jason Loewenstein and Bob D’Amico (of the Fiery Furnaces), who’ve each been busy with projects of their own.

Following the re-release of their seminal mid-90s albums Bakesale and Harmacy earlier this year, Sebadoh kicked off a a short retrospective tour down the West Coast, making them just the latest comers to the flashback train; a number of their fellow ’90s alt-rockers, Ween, Guided By Voices, and Pavement to name a few, have embarked on extensive, back-catalog-delving, sentimental tours in the past year or two. As it turns out, though, someone forgot to remind their record label to actually release the remastered recordings, a fact Barlow poked fun at throughout the night, urging his audience to purchase the “new t-shirts they were touring in support of.” Despite this and a number of technical shortcomings, the trio’s final stop on the Bakesale/Harmacy tour showcased everything that’s helped cement their place as one of the most important, enduring acts to come out of the 90s’ lo-fi movement. 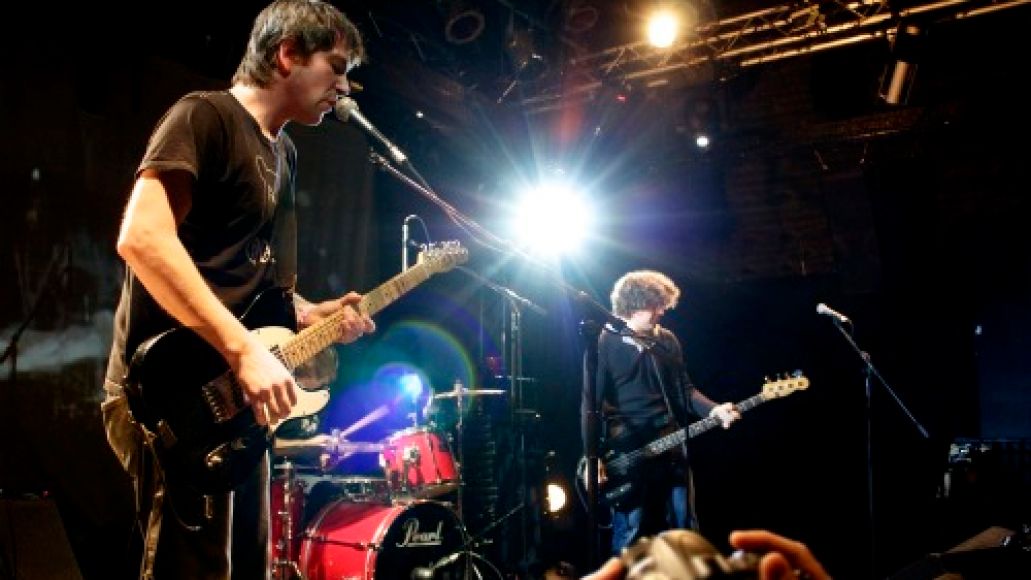 Portland-based indie vets Quasi were set to open but had to cancel due to last minute issues. Local four-piece Summer Darling rose to the occasion splendidly with their propulsive brand of indie pop. Frontman Ben Heywood and guitarist Dan Rossiter traded tense riffs as the tight rhythm section kept things moving in dramatic fashion not so consistent with their sunny-sounding moniker. Set highlight “My Reminder” was delivered bombastically, with Rossiter’s staggering guitar line carrying the track through a couple of huge, dynamic crashes. 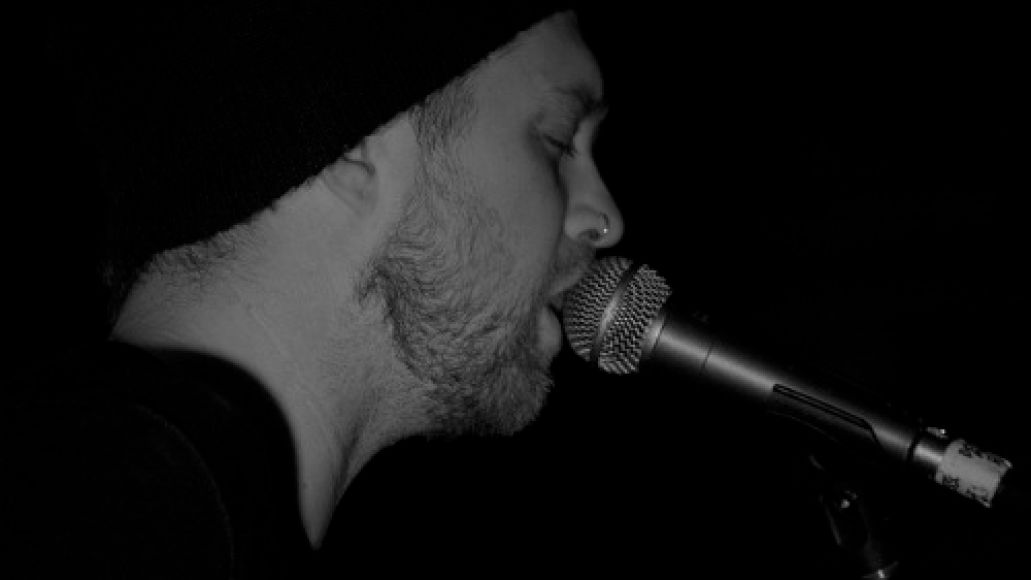 Sebadoh took the stage to raucous applause almost immediately after Summer Darling got done winning over the hometown crowd but before Barlow even finished playing the distorted chord that kicks off set opener “On Fire”, everyone knew something was off: his distortion pedal. Barlow, Loewenstein, and a roadie spent five minutes trying to fix it before the band opted to play the song through a clean signal. Barlow sang most of the song crouched over his pedalboard with the microphone in one hand, the other plugging, unplugging and replugging cables, all to no avail. The distortion would return occasionally throughout the night, but the band was fraught with technical mishaps: lots more distortion woes, sound mixing issues, and, about 10 songs in, Loewenstein broke a bass string and sat out on half of “Magnet’s Coil” while retuning it, forcing Barlow to perform an inspired almost acoustic rendition of the Bakesale single. The near-full house of adoring twenty-somethings clearly couldn’t have cared less; nearly everyone packed into the Echoplex spent most of the night singing along to either Barlow’s sweet, melodic tunes or joining in on Loewenstein’s disaffected yells. 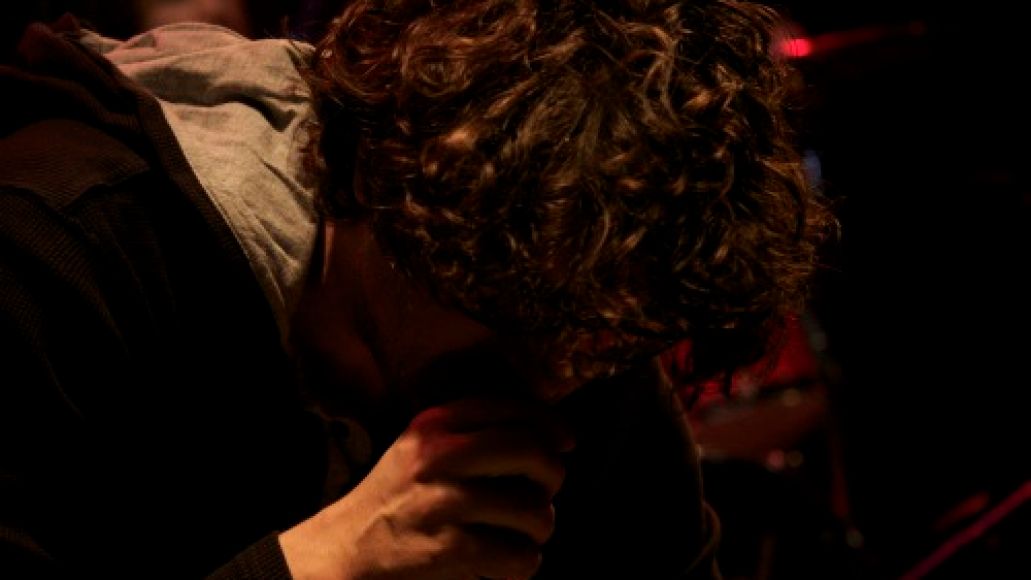 Perhaps the best part of the night for old fans of the band was how faithful they remained to the recordings. The band, who often split songwriting duties right down the middle, seamlessly switched between Jason Loewenstein’s aggressive, punk songs and Barlow’s more tender, folk-flecked tracks, the latter often switching from guitar to bass to allow Loewenstein to howl and tear away at a guitar on his own songs. And while they insisted from the get-go (just before the false start of song one) that they weren’t going to play either album in order, they certainly covered a lot of ground with a marathon 29 song setlist that included all but a handful of songs from Bakesale and Harmacy. By the end of their set, the trio seemed spent, asking their audience to pretend with them that they’d left the stage and had returned to perform their encore. Nevertheless, they closed with spirited performances of the two best songs off of each album: “Not Too Amused” and “Willing to Wait”, each of which were met with some of the loudest acclaim all night. Thanking the crowd for their patience and dedication, the band left the stage, announcing that punk supergroup OFF! would be making an appearance in a couple of minutes.

After another short wait, OFF! entered and a circle pit of fairly epic proportions opened up almost before the first count-off in the middle of the hall. Consisting of Keith Morris (Circle Jerks, Black Flag), Dimitri Coats (Burning Brides), Steve McDonald (Redd Kross), and Mario Rubalcaba (Rocket from the Crypt), OFF! are responsible for some of the rawest, most energetic punk in years. In between ripping through their 15 or so songs (most of which ended long before the two minute mark) with fearsome intensity, Morris interspersed the music with sharp commentary on everything from the situation in Egypt to his thoughts on the Black Eyed Peas to a moving shout-out to his late friend Jeffrey Lee Pierce of the Gun Club. 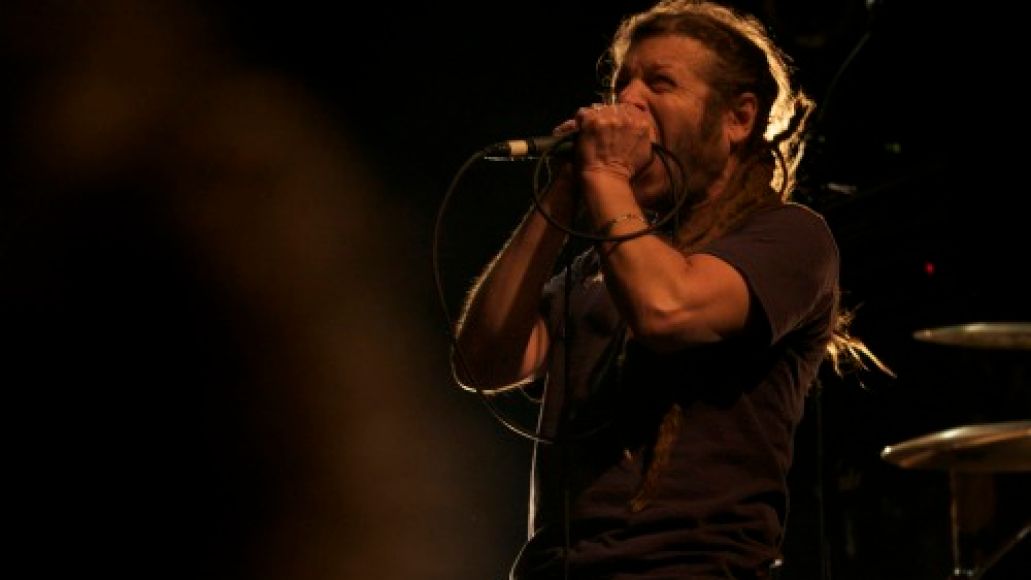 Whether Barlow and Loewenstein opt to record more material as Sebadoh, continue touring their classics, or return to their various other projects, it’s safe to say that they more than did their legacy justice, picking right around where they left off and reviving some of the best of their respective careers for a memorable night at the Echoplex.