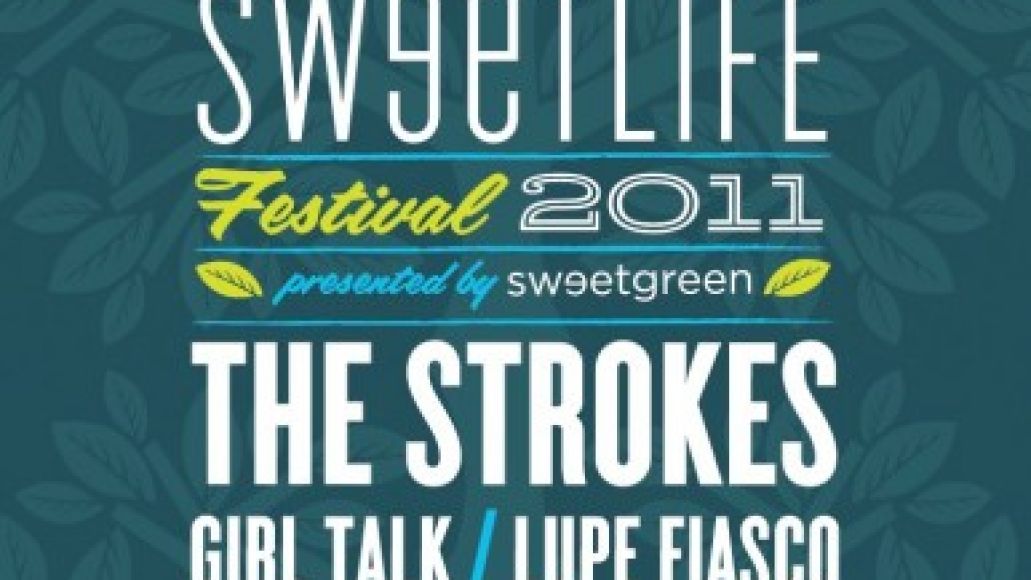 In recent months, much of the music world has caught Strokes fever. From their new album to their raucous South by Southwest appearance, Julian Casablancas and friends are on a roll after having returned from their self-imposed hiatus. The group has an even busier summer in the works, and we want you to be a part of us. So, to make that a reality and give some lucky readers the sweetest May ever, we here at CoS are giving away two VIP and four general admission tickets to see The Strokes at this year’s Sweetlife Festival.

Set for May 1st in Columbia Maryland, the festival will also feature Girl Talk, Lupe Fiasco, Crystal Castles, Ra Ra Riot, and Cold War Kids, among others. Plus, festival organizers sweetgreen will work with multiple partners to curate experiences throughout the festival grounds that extend sweetgreen’s hip and eco-conscious ethos. Fans will have the opportunity to purchase not only traditional concessions and sweetgreen products, but they will also be able to visit an on-site farmers market, featuring produce and snacks from the region’s local growers.

To enter into the contest, just do the following:

The person with the best answer will win the VIP passes, while the second and third best will earn general admission passes*. The deadline for entry is April 12th.

To peep Sweetlife’s full lineup and information on purchasing tickets, head to our Festival Outlook page and the official festival homepage.

* = Note winners must make own travel and lodging accommodations.