According to the new, popular track from indie-Americana wizards Phosphorescent, “It’s hard to be humble…when you’re from Alabama.” However, talking to Phosphorescent front man/composer Matthew Houck, I would assume it’s natural to be humble when you’re from Alabama. The band’s lively, well-written tunes are starting to get some recognition from the public: Houck landed a live spot on Letterman, and they’re about to play some of the biggest American and European festivals around. Despite all the excitement, Houck remains quiet and distant, never bringing his voice above a mumble, and never going off on egocentric tangents.

Houck is confident, though, that he’s doing the right things to get attention, rather than taking short cuts: “I think when you’re doing something legitimate, it takes time for people to warm up,” he says. “They think it might be bullshit, so they want to have documents of proof before they get on board.” Houck is a seasoned vet at this. Although his band has only recently started receiving big press, big gigs, and big attention, Houck, along with Phosphorescent, have been making albums together since 2003. Their 2007 album, Pride, garnered positive reviews, and they even played on IFC’s SXSW coverage a few years back.

“I have a body of work for them to balance their opinions off of, rather than just one record,” he continues. “So I think it’s been a steady accumulation. I’ve been at it for a while, and gotten better at it since the beginning. It’s just a steady climb as opposed to a bright flash.” And by a while, Houck means a long while. He can hardly recall his first musical memory: “Music has always seemed to be important to me, and it’s always been present,” he says. In fact, he can hardly recount all his past influences: “Music itself does that really. I listen to anything and everything. I don’t mean to be super-vague, I just don’t really know what music influences me.”

His love of music certainly helps his ability to construct layered, multi-instrument songs, with heartfelt Americana-style lyrics. “I do all the song writing,” he states almost silently. “I work alone a lot when finding those layers, in terms of the specific sound; a lot of playing different tones, and sometimes I’ll hear a melody to go along with it.” But constructing songs is almost like second nature to Houck: “Sometimes I’ll just think of an instrument kind of naturally, a certain tambour or tone. A lot of it, though, is just playing with sounds and seeing what sticks together. Sometimes it’s a little bit of both, but it just is about working things out in the process.” 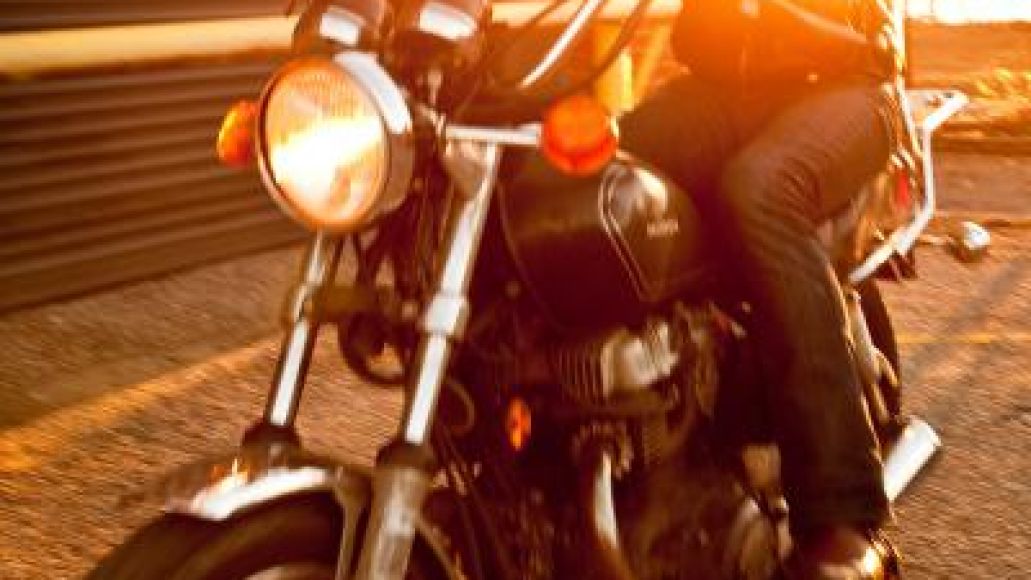 Right now, a main part of the process for Houck, along with the rest of Phosphorescent, is hitting the road. Houck toured around the world in the late 90s/early millennium under the moniker Fillup Shack, and Phosphorescent has played their fair share of shows. Now, though, they take on the modern festival world. They just performed last weekend in Indo, CA at Coachella, and they’re continuing the festival circuit with dates at Primavera Sound and the 10th anniversary of Bonnaroo. In sum, they certainly have a lot to look forward to. “We haven’t done too many yet, so these will be our first,” Houck explains. “I want to try and see what they’re all about.” He definitely doesn’t embrace the shows without a care, though. “I feel a bit disconnected at festivals,” he says. “But it’s also fun to go out and try and play that kind of show, with a crowd that big!”

One can imagine crowds that big can definitely crank the anxiety a bit, even for the most-traveled performers. “We’ve played a few European festivals that are decent-sized, so I’m not sure how I feel about these big festivals,” Houck says. “They’re definitely something, and you get different performances out of them. I don’t know which one I prefer.” He pauses for a moment before letting out a sigh of relief and adding, “I just like playing shows.” Even with the daunting festivals and new album, Houck is primarily looking forward to getting back on the road. “I’m looking forward to Europe,” he admits. “And the West Coast again. It’s just good to be on the road in the spring time.”

Really though, it seems that Houck is of the opinion that it’s good to be on the road, making music, and cutting new albums at any time. His music is upbeat, a series of personal masterpieces that have led to the wilds of Bonnaroo. And despite all that, he’s not a public spotlight figure. Houck revels in the best of both worlds: the glorious job and the slight anonymity. Despite all this, his view of the future is uncertain, to say the least. “I don’t even have any words,” he says. “How many words do I have? I just want to continue lassoing and maintaining beauty. I don’t know…I’m interested in things. I’m kind of excited to see how it all goes myself. I just want to keep going is all, you know?”