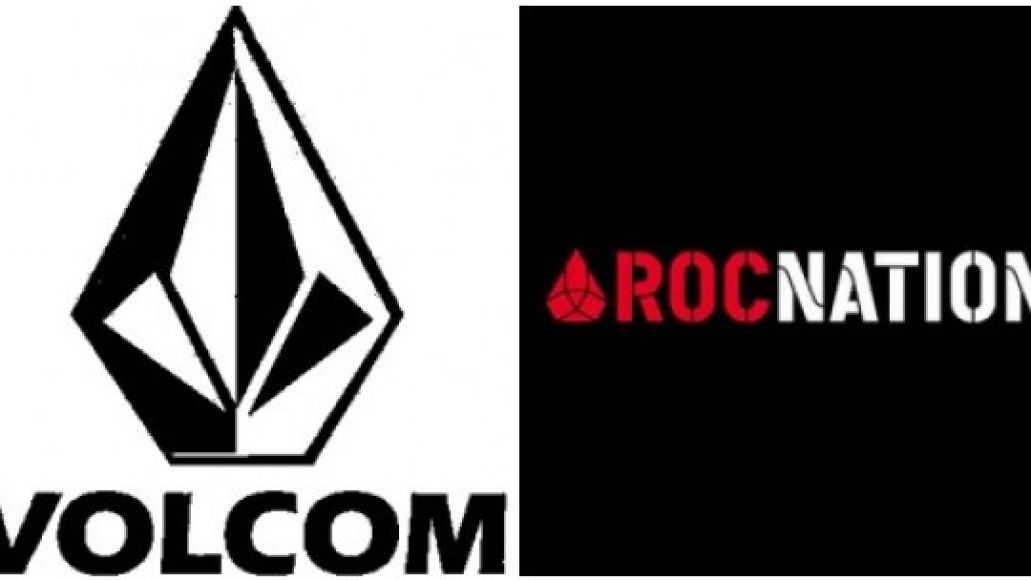 Despite having millions of dollars, a gorgeous wife, and an amazing career, Jay-Z still leads a somewhat hard knock life. According to the New York Daily News, HOV’s publishing company/label Roc Nation is being sued by clothing company Volcom for gimmick infringement stemming from the the two brand’s somewhat similar logos.

According to the complaint, Jay-Z has been asked numerous times to cease and desist since first using the logo for his imprint in 2009. Now, the Costa Mesa, CA-based manufacturer, who has reportedly spent over $100 million on advertising and branding since its founding in 1991, its taking Mr. Carter to court. Volcom finally decided to take legal action after Roc Nation began “using the diamond log on its own, causing a likelihood of confusion among consumers.”

Volcom is asking in the complaint to keep Roc Nation from continuing to use its logo, which appears on everything from headphones to apparel. Further complicating the issue is the fact that Volcom Entertainment, a label and music promotion company created by company founder Richard Woolcott, often sells various pieces of merchandise at similar retailers as Roc Nation.

This isn’t the first time HOV’s been sued over diamonds. In December 2005, professional wrestler Page Falkinburg (aka Diamond Dallas Page) sued the MC after Falkinburg claimed Jay-Z had “illegally adopted his trademark hand gesture”. Jay-Z later settled out of court for an undisclosed amount.