Last Sunday, rapper/producer Kanye West capped off the start of the music festival season with a histrionic performance, which featured a Greek tragedy running theme and a grand entrance via a crane, for roughly 75,000 attendees at Coachella. Meanwhile, one of the best festival bands of the past decade, My Morning Jacket, kicked-off their 2011 tour that same night more than 2,000 miles away, in front of a mere 2,500 or so fans at the aging Memorial Coliseum on the campus of the University of Kentucky.

But despite the comparatively modest setting, the eclectic Kentucky rockers were their typical go-for-broke selves during the performance, ripping through a 24-song set that would have dazzled in a headlining slot at the aforementioned Indio, CA, festival. Indeed, the quintet played so self-assuredly loose at the Lexington, KY, show that it was nearly impossible to fathom that – besides a recent taping of VH1’s Storytellers – they had been on a live hiatus since closing out the main stage at the 2010 Voodoo festival on Halloween night in New Orleans.

The no-holds-barred showmanship that they last displayed in the Crescent City carried right over into the beginning of this show, with the band opening with a full-throttled rendition of the Southern-fried jam “Mahgeetah” from their 2003 LP, It Still Moves. Then, without any breathing space, the band burnt through two cuts from their experimental breakthrough album Z. The full-throttle anthem “Anytime” found MMJ’s lion-maned frontman Jim James dishing out Elvis-style karate kicks while wildly wielding his Gibson Flying guitar, whereas the reggae-tinged rocker “Off the Record” illustrated Bo Koster’s indispensability by binding the song together with reverb-y keyboard licks. 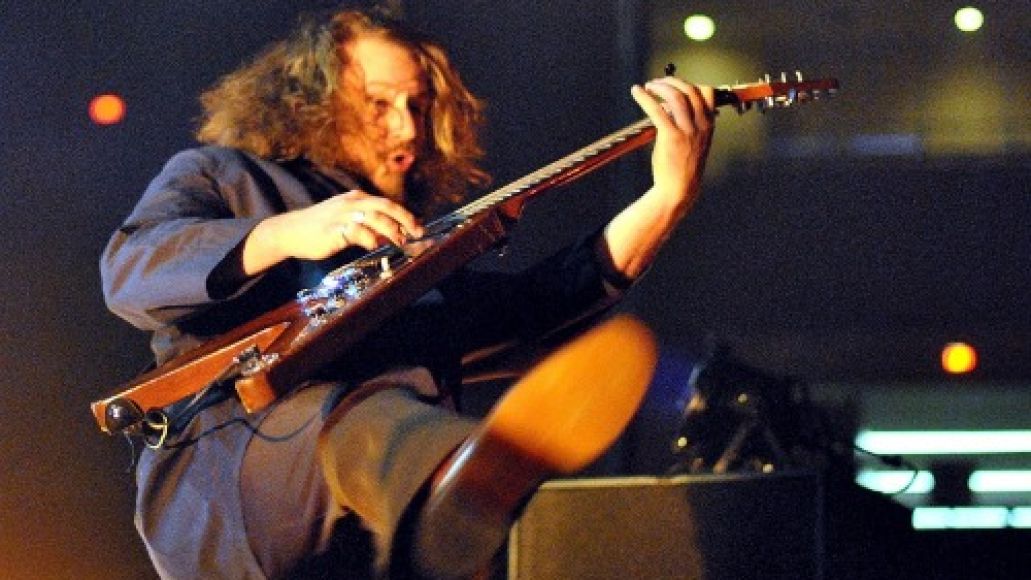 Throughout the performance, the Louisville-bred James praised Lexington like a second home, weaving in stories between songs about his two-year stint at the university. “There are lots of ghosts listening to you here,” the singer told the crowd that was largely comprised of college students. “And if you pray hard enough and talk hard enough to the ghosts, they actually listen to you and help you make your dreams come true.” And right before he belted out a beautiful version of the song “Golden”, he added to his stoner tangent, “you live in a powerful, fucked up dimension here … God bless it.”

If there were any disappointments with the show, it was that the band only played two songs from their forthcoming album Circuital, the LP’s title track and the ballad “Wonderful (The Way I Feel)”. And even though both songs had already seen its live debuts, both added freshness to a set that was otherwise comprised of live staples. “Circuital” slow burned from echo-chambered Southern goodness to a layered marathon rocker al la The Who, leaving James wandering around the small stage punch-drunk by the song’s end. “Wonderful (The Way I Feel)”, by contrast, was a smoothing sway-with-your-partner ballad with Zen lyrics like “I’m going where there ain’t no need/To escape from what is, only spirits at ease.” 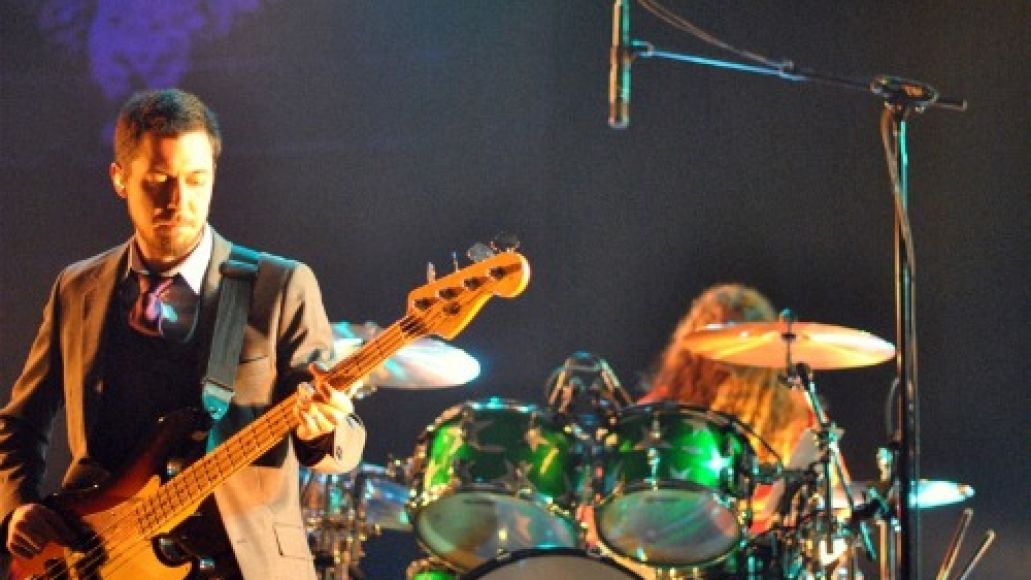 Meanwhile, the show’s opener, the classical cellist and Lexington native Ben Sollee, joined the band on-and-off throughout the night, adding refined overtones to the previously mentioned performances of “Golden” and “Wonderful”. But Sollee’s most memorable onstage reappearance came during the late set showing of “Smokin’ from Shootin’”, with Sollee standing up with his cello midway through the song and trading lines with bassist Tom Blankenship.

Other highlights included MMJ dusting off the songs “Lowdown” and “Butch Cassidy” from their debut album, 1999’s The Tennessee Fire. And in-between those two early cuts was a jarring but superb reworking of the song “Dondante”, one in which guitarist Carl Broemel and drummer Patrick Hallahan added White Light/White Heat guitar fuzz and a totemic backbeat to the expansive jam. 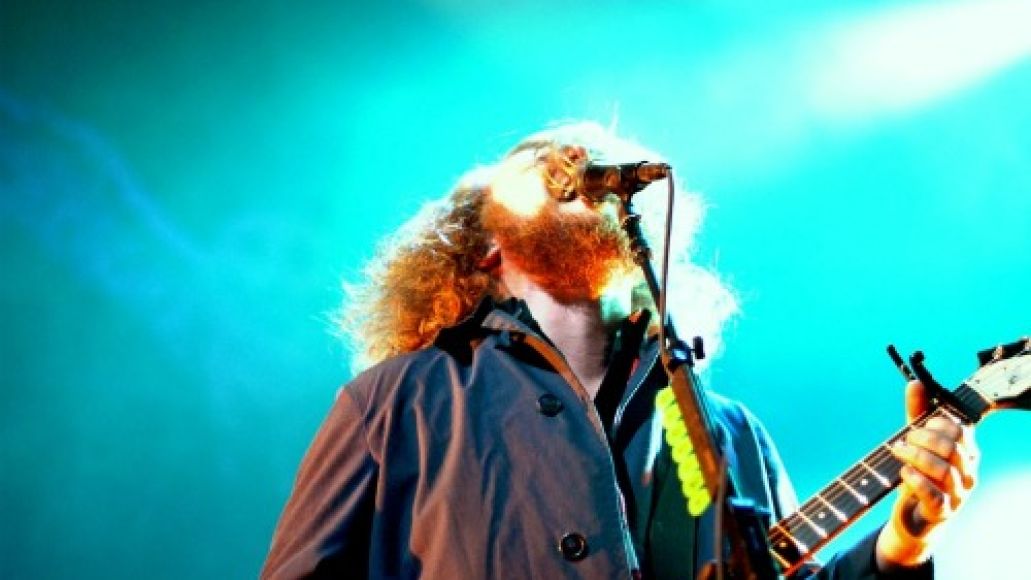 By the time the band kicked off their encore with the psychedelic pop songs “Wordless Chorus” and “Touch Me I’m Going To Scream Pt. 1”, even the most lackadaisical attendees were blissed-out. The funky, quirky “Highly Suspicious” followed, knocking off anyone still on the fence about the Evil Urges prog tune. On stage, the guitar riffs grind far funkier and the melody comes off as far more infectious than the studio counterpart, all but coercing you into singing along to James’s Prince-ly falsetto about a “peanut-butter-pudding surprise”. And when James and company reached their obligatory but consistently wonderful closer “One Big Holiday”, the vigorous performance showed that props and Grecian stage sets are superfluous effects when making a claim as one of music’s finest live acts.