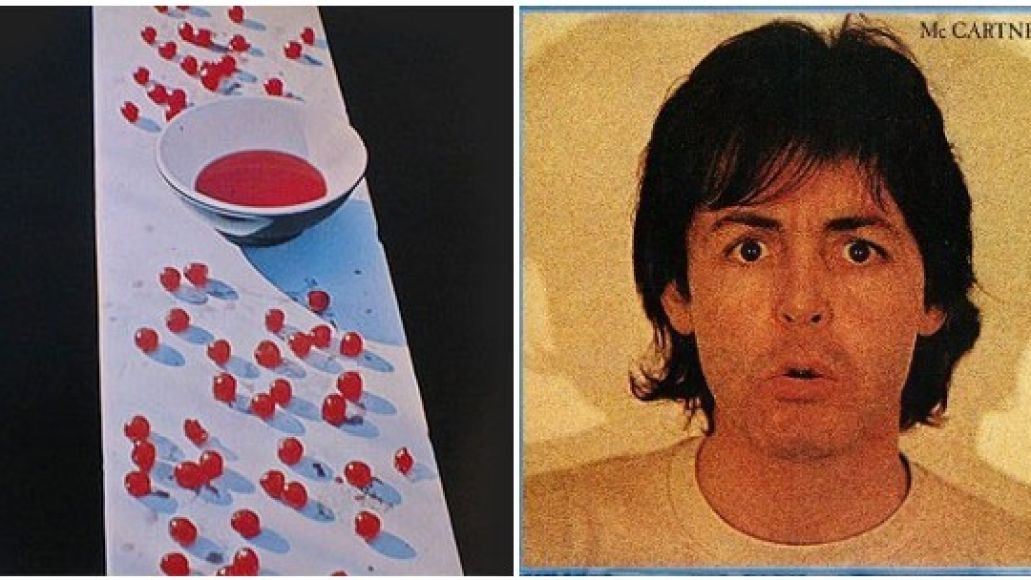 Last Fall, Sir Paul McCartney reissued the Wings classic Band on the Run to critical acclaim. Now, the former Beatle will open his vault once more, this time for the re-release of two solo albums: McCartney and McCartney II. Special and deluxe configurations of both reissues will be available June 14th via MPL and the Concord Music Group.

Originally released in 1970, McCartney’s self-titled solo debut features tracks like “Every Night”, “Junk”, and “Maybe I’m Amazed”. The special edition reissue will consist of two discs featuring the original remastered album plus seven bonus audio tracks including the previously unreleased outtakes “Suicide” and “Don’t Cry Baby” and a rare live 1979 recording of “Maybe I’m Amazed”. The deluxe edition will include all the aforementioned as well as bonus DVD featuring rare and previously unseen footage, a 128-page hard bound book containing many exclusive and unpublished photos by Paul and Linda McCartney, original album artwork, downloadable hi-res audio versions of the remastered album and bonus audio tracks, an illustrated history of the making of the album, and expanded track by track information for the two audio discs as well as detailed historical information on the film content.

McCartney II was originally released in 1980, following nine years of touring and the release several albums Wings. The record featured classics such as “Coming Up,” “Waterfalls,” and “Temporary Secretary”. The two-disc special edition reissue sports the original remastered album plus eight bonus tracks including B-Sides and alternative versions. The deluxe edition features consists of all the aforementioned as well as bonus DVD featuring rare and previously unseen footage (including performances of ‘Coming Up’ and the new video for the unreleased track ‘Blue Sway’), an additional eight rare bonus audio tracks exclusive to the edition, 128-page hard bound book featuring many previously unpublished photos by Linda McCartney, original album and single artwork, downloadable hi-res audio versions of the remastered album, an illustrated history of the making of the album, and expanded track by track information for all three audio discs plus detailed historical information on the film content.

Both original remastered albums and bonus audio content will also be issued as 2-disc 180gm audiophile vinyl editions which will come with an MP3 download of all included audio. The special and deluxe versions of McCartney and McCartney II will also be made available digitally worldwide.

Below, you can find tracklists for the configurations.