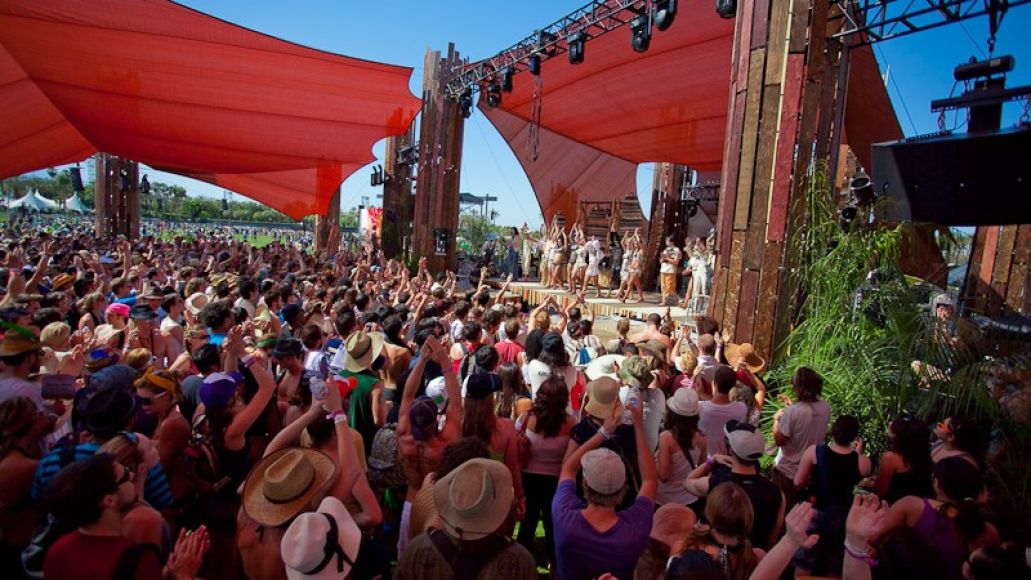 The 2011 edition of the Coachella Valley Music & Arts Festival is less than two weeks away, but there are still a few last-minute details to tie up. Today, Los Angeles-based creative arts company The Do LaB revealed its annual lineup of musicians and artists set to descend on the Empire Polo Grounds in Indio, CA between April 15th and 17th.

What’s more, a number of world renowned artists will conduct a live painting exhibition around The Misting Oasis, including Herakut, The London Police, Shark Toof, Aly Kourouma, and Freddy Slam.

You can peep the rest of Coachella’s 2011 best at our Festival Outlook. Tickets are long sold-out.

The Do LaB announces music and art lineup for Coachella 2011