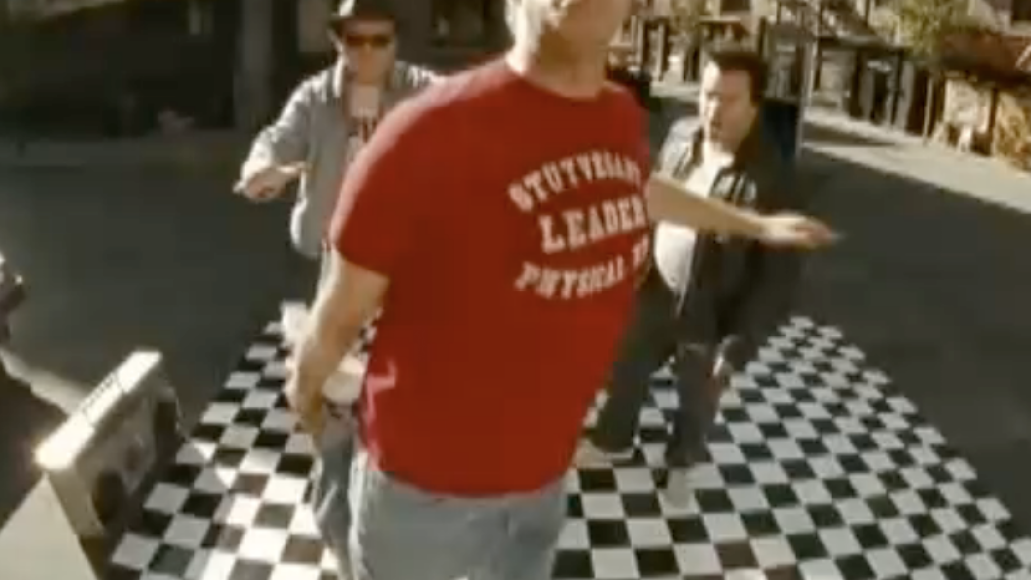 Jazz legend Charles Mingus once said, “Creativity is more than just being different. Anybody can plan weird; that’s easy. What’s hard is to be as simple as Bach. Making the simple, awesomely simple, that’s creativity.” If ever a project lived up to this creative philosophy, it’d have to be the Beastie Boys‘ short film Fight For Your Right Revisted.

For the Sundance-premiering film, the trio made something magical out of what was a low-budget ’80s music video with campiness to spare. Taking their signature look and party-hardy attitude from the original clip, the group recast themselves with Hollywood’s brightest comic actors: Elijah Wood and Will Ferrell as Ad-Rock, Danny McBride and John C. Reilly both playing MCA, and Seth Rogen and Jack Black tackling Mike D. Throw in cameos by everyone from Rainn Wilson to Orlando Bloom and Stanley Tucci to Amy Poehler, choreographed musical numbers, and voila: something simply awesome.

Now’s everyone’s chance to see the film (using that term loosley as most films have plots) in all its majesty as it debuts on the most apropos of days, 4/20 (well, it did drop at midnight, so technically 4/21; but stoners of the world should still be at least semi-awake.) Via The Audio Perv, click below and enjoy the best breakdancing since Breakin’ 2: Electric Boogaloo and such ocular pleasures as Elijah Wood getting stabbed by a chick and the use of the DeLorean from Back to the Future.  It’s as if the Boys got drunk and invited their friends to make a movie. And we mean that as both praise and critique.

Also, John C. Reilly’s dick pops in for a spell and we’re still not sure how to feel about that.