“It’s been a pretty steep learning curve,” Minnie Cho of Swoon says. Cho certainly jumped into the deep end first with her musical career. “The crazy thing is that our producer discovered us before our first show, and it all happened within two years! I had barely assembled the band at that point. I could hardly play and sing at the same time!” Regardless of figuring this sort of thing out, Cho and her band Swoon have had little to no trouble adapting to the modern world of rocking out. The learning curve may have been steep, but it taught the fledgling alt. rockers how to create catchy and melodic pop tracks for all to enjoy.

“I’m a melody freak, so a lot of the stuff I listen to is melody-based, like Elvis Costello and Aimee Mann,” Cho explains. The band hails from one of the cultural capitals of the world, New York City, so it’s no surprise that a love of melody and the Big Apple helped conjure up Swoon’s music and sound. While Cho does indeed do the majority of the writing, her bandmates and producer, she argues, are truly the key. “I could never do it without them,” she says. “They are all talented and very collaborative. Also, our producer has a big influence on our sound. He just made things easier by putting things into words that I couldn’t.” The producer in question is Godfrey Diamond. Diamond has worked with high-caliber names like Lou Reed but has a true appreciation for the underground. 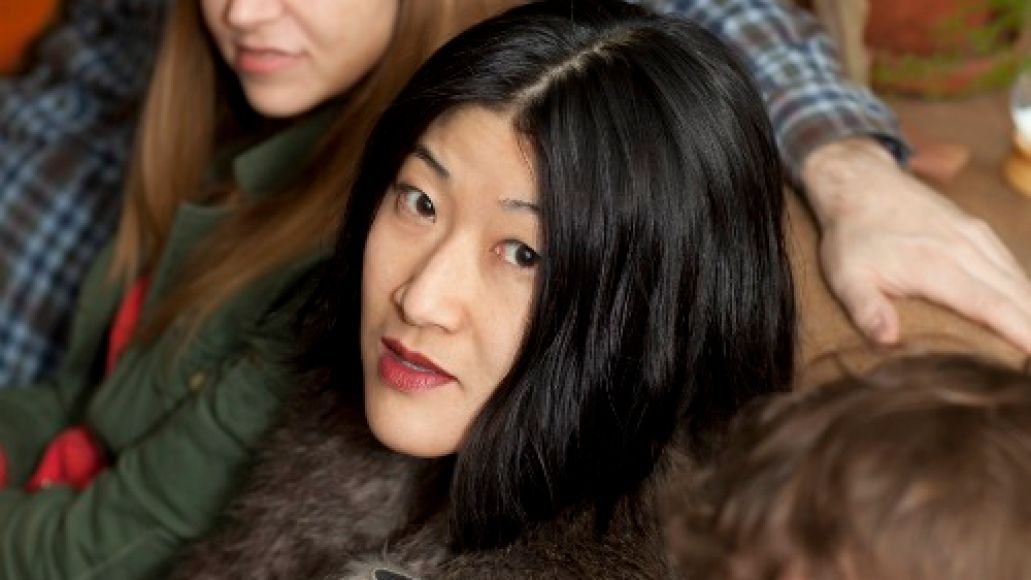 Since Cho started learning everything at such a dramatic rate, she has a very distinct way of composing her music. “I studied classical piano when I was very young, so I can read piano music, and I do sometimes compose on the keyboard,” she says. “But I learned to play by ear. I’m not thinking of what key it’s in or applying music theory. I write it by myself and bring it to the band, because I don’t notate.” And when it comes to meaning, Cho keeps things close to the chest, as she primarily writes about personal relationships and experiences. “They’re about the kind of connections that people make and what happens,” she explains.

Cho’s non-notated songs don’t sound as sporadic and weird as all that might suggest. They’re actually quite conventional, pleasant alternative pop tracks. “Swim Around With You” contains instrumentation that feels like the whole world is made out of candy and a voice that conjures up a feeling of youth and strawberry shortcake. The song is just overtly sweet. There are more straightforward tracks, as well, like “The Chapter”, with melodic vocals, airy guitars, and a very soothing overtone. Things also get serious with tracks like “Hero”, which takes one back to Sarah McLachlan and (dare we say?) Jewel. The band slows it down with pieces like “Scatter All the Ashes” but can quickly pick it back up again with a swinger like “Safe at Any Speed”.  Overall, though, Swoon keeps everything melodic and not too over-the-top. It’s safe to say they keep it just right.

“It didn’t happen premeditated,” Cho admits. “It just came from frustration. I wrote without instruments for six weeks, then bought a guitar and learned to play. One thing just led to another.” So far, it has lead to two albums, Departures and Backwards N’ Forwards. Swoon continues to promote those albums, while touring and constantly brainstorming new material. The band is already planning for their next album, while promoting their most recent effort. (This past April they had a record release gig at the Crash Mansion.) So far, for 2011, they’ll be touring the northeast and continuing their promotion. “Our primary goal is to have a good time,” Cho says. “We have to enjoy what we’re doing, or we shouldn’t be doing it.”

“Swim Around With You”