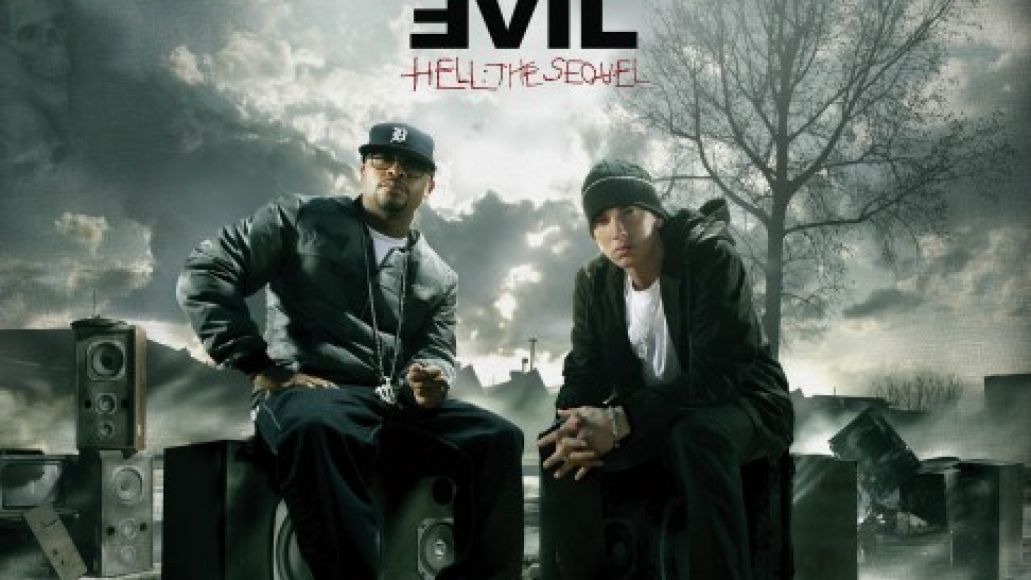 After a reunion of sorts courtesy of a newly revitalized imprint, Eminem and Royce da 5’9″ decided to get their rap unit Bad Meets Evil back together by recording a new EP entitled Hell: The Sequel. With one of the EP’s tracks already released, the record’s full tracklist and list of guests and producers have also been announced (via RapRadar).

The Bad Meets evil moniker was first used by the Detroit MCs as early as 1998. In their hometown, they performed together for some two years before breaking up in 2000 after Royce had a falling out with the members of Em’s other rap outfit, D12. The two sides finally laid the issue to rest in 2008, subsequently leading to the signing of Slaughterhouse (Royce along with Crooked I, Joe Budden, and Joell Ortiz) to Shady Records (not to mention an appearance on a Recovery bonus track.)

Along with production from Eminem himself, the EP will feature the likes of Havoc, Supa Dups, Mr. Porter, Sid Roams, Bangladesh, and The Smeezingtons (a producing trio that crooner Bruno Mars is a member of) behind the boards. Mars also sings on the song “Lighters”; other cameo spots include comedian Mike Epps on “I’m On Everything” and the aforementioned Slaughterhouse on the track “Loud Noises”.

Check out the EP’s artwork above and the tracklist below. Hell: The Sequel hits stores June 14th via Shady Records/Interscope Records.