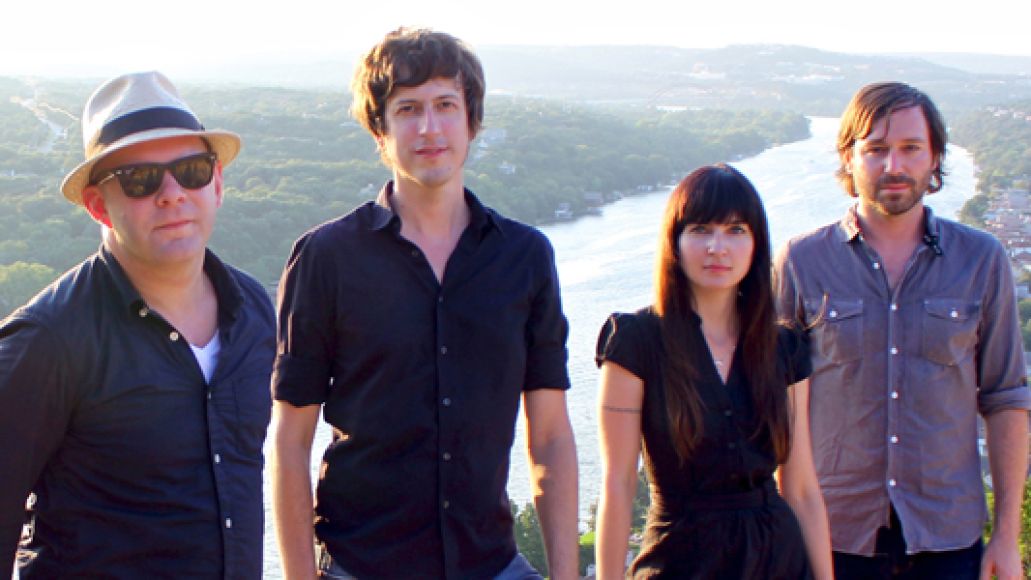 The Austin, TX quartet known as The Wooden Birds, led by former American Analog Set frontman and one-time Broken Social Scene touring member Andrew Kenny, is due to drop their sophomore effort, Two Matchsticks, on June 7th. Ahead of the release, the band is giving away a free downloadable EP, and CoS has your first listen of the band’s take on one of Hall and Oates’ most celebrated tracks.

Back in 1982, Hall & Oates had their longest-running chart-topper with “Maneater”, and almost three decades later, The Wooden Birds have put an indie spin on it. It’s a toned-down version sans the heavy electrics of the original, but it flows smoothly along, and Kenny’s chilly vocals emotionally re-envision Hall’s bouncy highs. Of course, that familiar sax line is intact, keeping this new take on the song a familiar one.

You can listen to “Maneater” below by hovering over the widget and clicking on the “playlist”  button, then selecting the second track. Those willing to surrender their email for the three-track EP will also be sent a special discounted pre-order offer for Two Matchsticks (which, by-the-by, features Death Cab for Cutie’s Ben Gibbard). Check it out using the widget below.