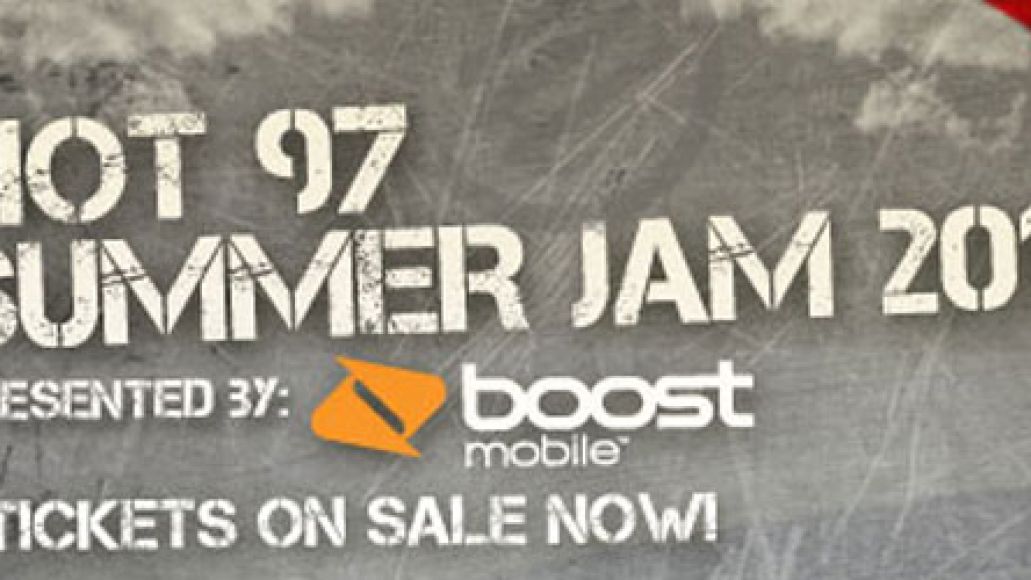 As if summer wasn’t already jam-packed with a billion other festivals to attend, the folks at NYC radio station Hot 97 have turned the musical thermostat up a few notches with the announcement of this year’s lineup for Summer Jam. Held annually in East Rutherford, New Jersey, last year’s festivities featured the likes of Nicki Minaj, Drake, and Trey Songz, and the 2011 incranation promises to be even bigger.

Set for June 5th at the New Meadowlands Stadium, the festival will be headlined by Chris Brown, Lil Wayne, Birdman, and a return performance by Drizzie Drake. The bill also features Fabolous, Lloyd Banks, Rick Ross, Waka Flocka Flame, and Wiz Khalifa, with even more acts to be announced.