Debates ensue for all time in futile attempts at naming the greatest guitarist, the greatest vocalist, bassist, etc. These arguments are inherently flawed by subjectivity, and this applies to year-end lists also. What’s the standard, if there is one at all? Who defines it, meticulously carving out prerequisites for each band/artist/studio technician?

I hereby confess to not caring for lists like these, because I am simultaneously a junkie for “classic albums,” a sucker for guilty pleasures (a ride on LB’s forthcoming Gold Cobra, anyone?), and a habitual seeker of the obscure (Power of Zeus’s The Gospel According to Zeus, for example). There are too many “apples vs. oranges” scenarios involved, unless we do it via Celebrity Deathmatch bracket elimination, and sorry to say we are no longer gluttons for the stop-motion violence of yore; there are far too many levels of bias from my end for such a broad spectrum.

To put on a pedestal a single given artist is an entirely different matter, however. This most-essential Icons of Rock article is not a comparative essay, but a breakdown of something very near and dear, and I implore you, the readers, to journey with me in exploration. It all begins with the bass line.

Ladies and gentlemen, Krist Novoselic. (Who were you expecting? Dave Grohl?) 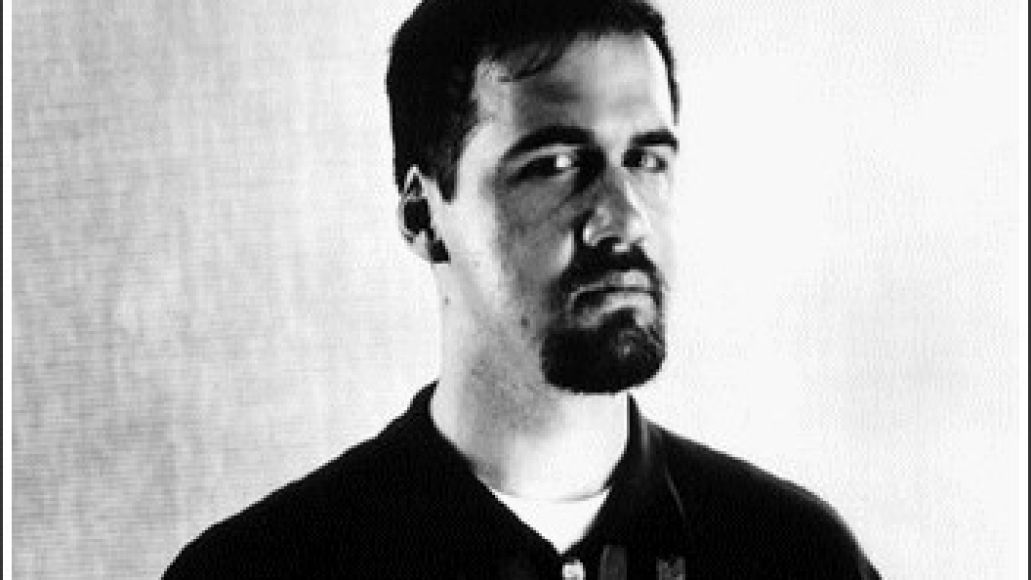 Fact of the matter is, bassists do not get nearly enough love. Overshadowed, undervalued talents like Paz Lenchantin (A Perfect Circle, Brightblack Morning Light, Silver Jews) and Melissa Auf der Maur (Hole) are not the Entwistles, McCartneys, and Claypools of electric bass, nor the upright zoot-suited of swing notoriety. Former Nirvana bassist Krist Novoselic is unique because he’s opposing reduction to background noise or a push and a shove into limelight; he is a bigger player in a smaller role, the type of authentic and sincere man who does not actively seek legendary status.

Novoselic might don an accordion (“Jesus Doesn’t Want Me for a Sunbeam”) or wind up the Grizzly Adams of Washington politics (west coast, not east) without trading punk for business and coming across a douche bag; he might lose his best friend to suicide, then go into a state of hibernation; he might play bass with Ballew of PUSA for a kid’s record.

Novoselic might actually be fucking representative of humanity and humility — go figure, that still exists in mainstream alternative music. 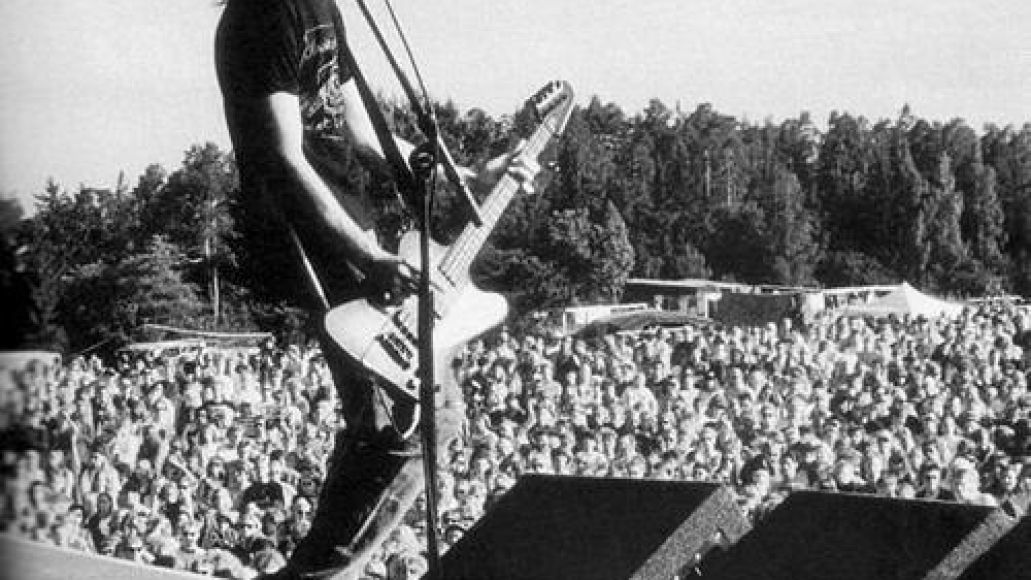 Krist Novoselic is of Croatian descent, the son of two immigrants who somehow landed in Compton, CA, (yeah, that Compton…gangsta, gangsta!) before rising real estate prices eventually carried the family to Aberdeen, WA. After living with relatives for a short time in Croatia, due to parental fears of depression, Novoselic returned to Washington with newfound appreciation for classic and punk rock music. Eventually, said tastes would account for bonding with his brother’s friend Kurt Cobain.

In transitioning between CCR covers to make their own $80 gigs, Melvins worship, a seemingly endless array of local drummers (Mudhoney’s Dan Peters, included), and so on, the duo of Krist & Kurt finally took in Chad Channing for the recording of Nirvana’s first official record, Bleach. After Channing left, the pair discovered Dave Grohl drumming for his soon-after disbanded act, Scream; Grohl replaced a departed Channing, the three men laid down tracks for the landmark Nevermind, and the rest is rock history.

After Kurt Cobain’s suicide in 1994, Novoselic went nomad after turning down an offer by Grohl to join Foo Fighters, a band that would later put Grohl in his own bittersweet-yet-successful spotlight. It is understood that Novoselic refused due to the loss of his dear friend and a fear that he and Grohl’s incarnation of Foo Fighters might be misconstrued as a continuance of Nirvana post-Cobain.

Why make Novoselic the focus of Icons? Eyes Adrift, and a little thing called respect.

While Dave Grohl is definitely the most well-known Nirvana member beyond Cobain, due in part to Foo Fighters, work with Tenacious D, Queens of the Stone Age, and so forth, Novoselic remains something of an outspoken hermit who fights for music at the basic levels: creativity and self for the sake of creativity and self. On a political front, Novoselic’s best effort stems from an organization called Joint Artists and Musicians Political Action Committee (JAMPAC), initiated in 1995:

“Over the next several years, JAMPAC fought a number of different issues, including the Teen Dance Ordinance, a 1985 law that severely limited the ability of minors to attend shows. With JAMPAC, Novoselic began to turn his focus more and more towards politics.” ~ Wikipedia

As for the post-show? Icing on the cake could have ended with Novoselic accepting a VMA for the “Heart-Shaped Box” music video, bowing out gracefully, and never being heard from again. Not so simple. 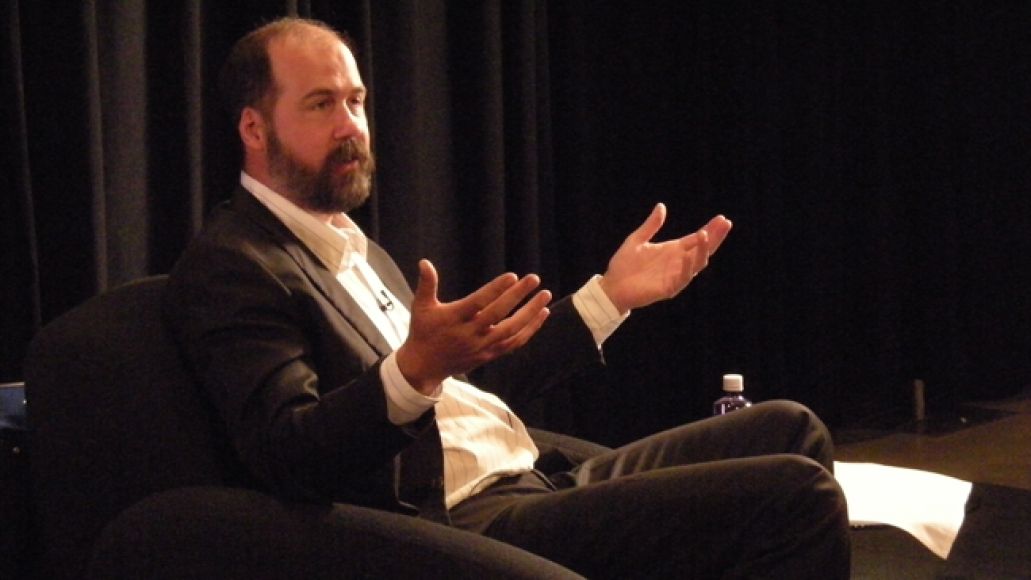 After the band’s single eponymous LP release flopped, the outfit called it quits come 2003 — oddly enough having released Eyes Adrift a mere month prior to Nirvana’s “You Know You’re Right” being loosed from that elusive vault, guarded by a then-rabid Courtney Love. Poetic? Coincidental? It goes to show that, in spite of everything, Novoselic still keeps his dignity (and skill set) exercised, sales be damned:

It was a labor of love getting lost in the shuffle, and even now, guesting on a Foo Fighters song (“I Should Have Known” off of Wasting Light) this far ahead from Grohl’s initial offer…it got me to thinking about what might have been, immediately followed by a “Fuck it, there’s still In Utero.” Bottom line? Novoselic is an icon, but not because he contributed a million guest spots here and there, not because he is a stellar instrument innovator, not because of his designation in grunge lore…

Because he is probably the most content man in the business end of music and politics at once, with a seemingly unwavering moral conscience on that platform. He is the kind of artist we should all strive to be, regardless of our chosen medium. Let’s hear it for the boy, and remember that, much like Paris, we’ll always have the Nirvana legacy to remind us time and again what two best friends can accomplish in the pursuit of $80.