It used to be, in times of yore, that almost no one (save for music critics in their ivory towers) could hear an album before it was released. Then, some mages in a lab somewhere forged the Internet from old telephone lines, and the music industry fell into a reverse Renaissance, an age where they saw their profit margins shrink under the threat of torrents and illegal downloads. With the land in utter ruins, a white knight of sorts rode into town: album streams.

And despite the courage and valor of this brave paladin, willfully giving the quaint peasants a chance to legally hear an album before its intended release date, the story doesn’t end there. Instead, the world we live in now, with album streams galore, has become a vast landscape of chance and opportunity, a veritable Wild West of sorts. It goes to show that no matter the narrative, the message remains: The more things change, the more they stay the same.

Tons of music outfits and blogs these days (including us here at CoS) are pushing album streams. At their core, they’re a stroke of pure genius in the battle against illegal downloading: If you give people the album they want so desperately to hear, they’re less likely to steal it. But as those involved in the creation and distribution of albums will tell you, that’s not always the case. Paul Smith is the drummer and producer for Dengue Fever, which just released its latest album, Cannibal Courtship. Smith is fully aware of the attitude of most downloaders and their decidedly firm stance on how they procure albums.

“My guess would be that streaming has a minor impact on illegal downloads,” Smith says. “The people who do that aren’t going to change their mind because they have the chance to stream it.”

So, the question begs, why stream an album in the first place?

“Deciding to stream the album feels like the right way to go with how things have changed in music consumption,” Smith explains. “It doesn’t devalue it, in my opinion. Allowing people to check out where you’re going with your art can get things moving. It can start to channel your music to your core audience before a release. For bands at our level, I don’t see the downside. Although it is art, I like the idea of fans getting the chance to know what they’re getting into beforehand. I think it gets the momentum going earlier than it would without it.”

If that last bit strikes you as particularly business savvy coming from a creative type, then you’re undoubtedly unaware that it’s a brave new world out there, a new landscape and region and hole in the space-time continuum where artists are having a say in the mechanics of the album release process, and previously stubborn dinosaurs– like labels and media outlets alike– are embracing an attitude of going with the flow.

“With labels trying various marketing approaches to find the ever-elusive paying customer, it can be a compromise with the idea of free content,” Smith continues. “Music critics and your hardcore fans who are tuned in to what you are doing get rewarded by getting the first peek.”

And that rabid consumer base is exactly what NPR is trying to tap into, with rather mesmerizing results thus far. Through its First Listen feature, the public broadcasting giant routinely streams the albums of everyone from new and unheard acts like Austra to established acts like Fleet Foxes and Okkervil River (and that’s all just within one week). NPR Music’s approach seems to be a culmination of a number of strategies, ranging from sound entrepreneurial techniques to flat-out giving the music nerds of the world their fix– in essence, a truly holistic business model. 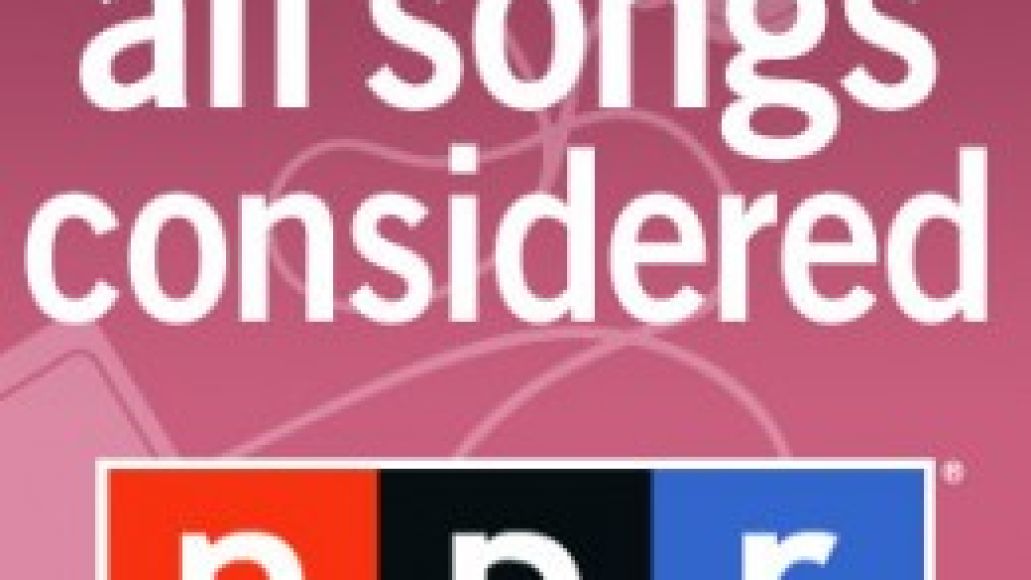 “NPR Music is all about music discovery and the community that revolves around that discovery,” says Bob Boilen, host and creator of NPR’s All Songs Considered. “What better way to do it than an unreleased record? We’ve been beyond surprised at the artists willing to do this. Our series started with a Bob Dylan record and Sony Music. We don’t think of legacy artists putting their songs online, and so an entire album is a shocker. But it works– people hear it, they talk about it, and they buy it. Everyone wins. I also like the fact that our diverse staff will pick albums that are not the ‘big’ releases. So you might come for Fleet Foxes this week or maybe The Antlers and spend time with the Black Ice Cream man Helado Negro and his sonic soundscapes. And if you see that name and haven’t a clue you what you’re in for, you can read a bit before you listen. This isn’t a bit torrent site; context for the content is everything to us.”

But as any great music nerd will tell you, it all relates back to their obsessive love of the music. As much as the philosophy may shift toward becoming more competitive in a truly-harrowing time when album sales are in a perpetually abysmal state, it’s all a mater of experiencing the same beloved routines through new filters.

“I used to love becoming friends with a record, living with it day and night and for weeks on end,” Boilen says. “Knowing all the words and the cover art and marking time with a record. Those days are gone. Part of it is the work we do here at NPR– hundreds of albums come in weekly and need to be heard; I can’t live with anything repeatedly, but I think even the average fan can spend time on websites, podcasts, streams, and then of course albums– many, many albums– and not get that familiarity that was such a large part of our lives not that long ago. The buying public is spoiled and feels entitled to new music. That said, we all love this great art form and some of us just can’t help it…it’s OK.”

But the story goes deeper. With people thinking sharper and music consumption evolving in new ways without losing the tangible quality of an album (even if it’s just bits of data on a site you’re visiting), there still has to be a more definitive way to make money from this model, a concrete way for those in charge of the business of music to continue to do what they do. As has been fairly common throughout this tale so far, there’s still plenty of tinkering left to do. Part of that work involves labels re-evaluating how they deal with leaks. For Merge Records, their definitive anti-leak stance isn’t as that definitive as one might think.

“For a record like Times New Viking, if people hear that album, that’s the only way it’s going to sell,” says Christina Rentz, Merge’s publicist. “With leaks, you’re trying to expose bands to people who don’t know who they are. What hurts us is how big the album that leaks is, so you’d take a different angle with a Fleet Foxes. But a band like Wye Oak, people are streaming and talking, and that builds goodwill. Leaking a record has its benefits, and it shows in iTunes sales and pre-orders. The music is the selling point.”

Even with an entirely more open attitude, Rentz and Merge recognize that a leak can still be a bad thing, especially if they don’t learn to handle it properly.

“As soon as you put it out there to stream, as soon as it hits live, it leaks,” Rentz says. “So, you control the timing; the bigger the record, the more control over the timing. Streams are great and there’s nothing negative enough to make us not want to do it. Sometimes, we’re even worried when an album hasn’t leaked already.” 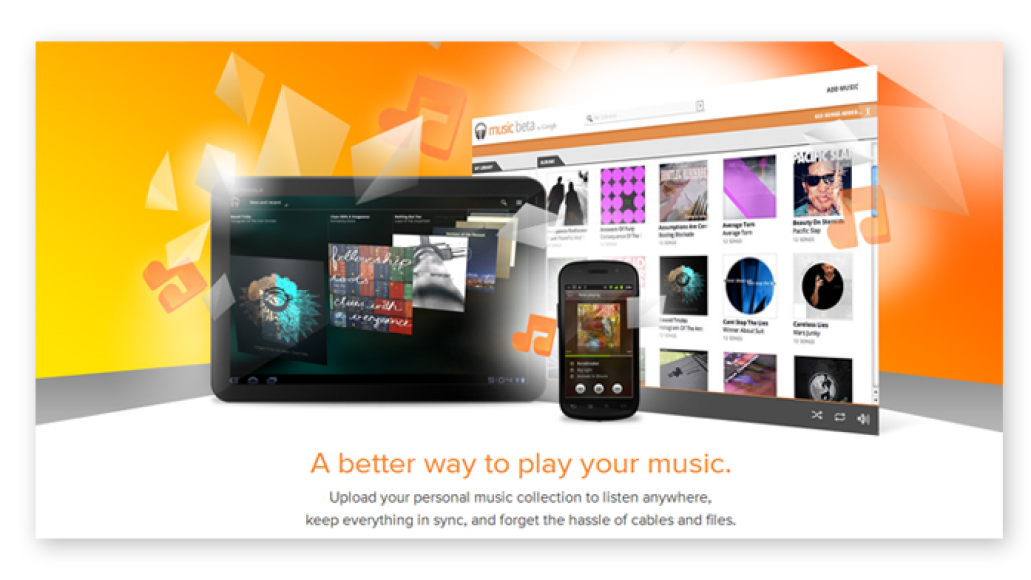 Of course, Rentz is also the first to note that “when Spotify gets here [available to U.S. users], this will all be different.” While the great unknown beast marches toward the public at an unknown pace, Google recently announced the launch of the beta for their Music by Google online music locker, which would allow users to upload music and stream/download anywhere with a mobile device. Whichever beast reigns supreme, even if both conquer, the end goal is to monetize that stream, which adds further technological aspects to the whole fable.

But in the very end, the final change just may be the easiest and most exhilarating to make. Because, dear readers and music aficionados, it involves you.

“We’re training listeners to listen to things and expect them for free,” Rentz  concludes.  “It sounds counter-productive, but it works well.”