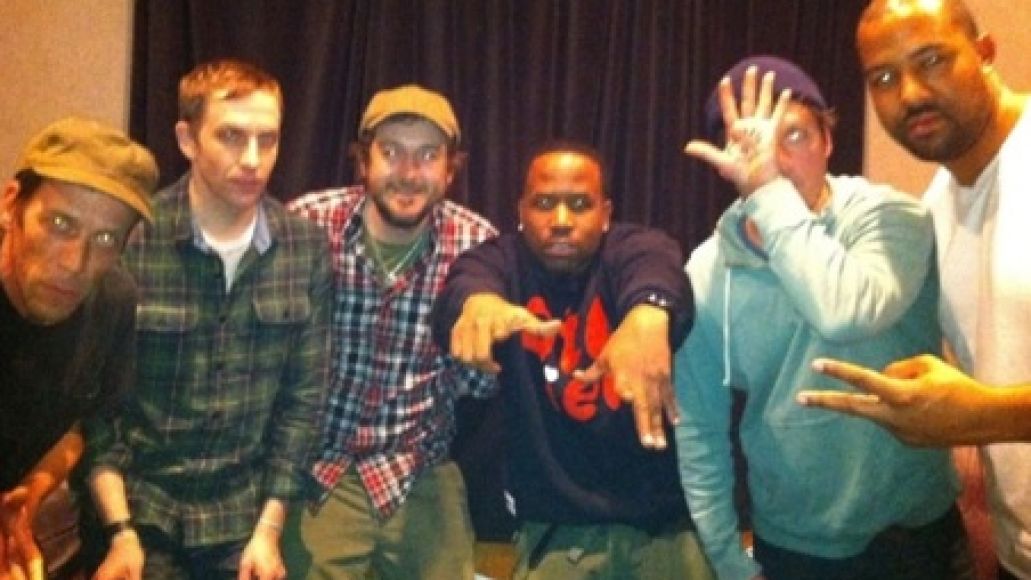 Here may very well be the strangest bedfellows of 2011 — or of all time. Speaking recently with MTV, OutkastMC turned solo extraordinaire, Big Boi, revealed that he is producing Modest Mouse‘s new studio album. The rapper first hinted at the collaboration on Twitter last week, and MTV reports that Big Boi and Modest Mouse spent the last week recording at his Stankonia Studios in Atlanta, GA.

“I’ve been a fan of the band for a minute. … We’re all musicians and producers and artists, and it’s just like a big-ass brainstorm, a brain-stormin’, tsunami, typhoon, tectonic-plates-movin’ kind of thing,” Big Boi told MTV. “We do all types of music, so to get the chance to jam with a jammin’-ass band, I knew it was going to be cool. We had a vibe too. We made a couple of records that are just jamming. It’s a hodgepodge of funkiness.”

Big Boi didn’t offer much in the way of specifics regarding Modest Mouse’s follow-up to 2007’s We Were Dead Before the Ship Even Sank. Like, is he gonna rap over those cool Pacific Northwest guitar riffs? However, he did note that fans of both acts will be pleased with the end result: “The fans don’t have to worry. There’s nothing like, ‘Oh, Modest Mouse, there’s some rapping going on the album!’ If there needs to be some rapping on there, I will destroy it, but right now, we’re just really marinating with the music to see where everything’s going to go. … Just know this mother—-er is jamming, man. Believe me.”

You can read the complete interview here. Also, in case you missed it, scroll below to watch video of Modest Mouse debuting a new song during a recent appearance on a Portland music-focused web series (scroll to the 7:56 mark).