All of it — philosophically, linguistically, socially, psychologically, phonetically, emotionally– “yes” is a kick-ass word. With it comes acceptance, affirmation, agreement, and allowance. tUnE-yArDs opened their set with lead singer Merril Garbus calling for the the crowd to answer “Do you want to live?”, and with nary a cynic to be found, the crowd emphatically replied “YES.” On screen, it’s hard to convey how genuine this commencement Q&A was. On screen, it’s hard to convey how genuine tUnE-yArDs were. Scoffing at Garbus’ theatrical demeanor may fit some folks. Just her garb — bright tulle shoulder ornaments and a finger-traced line of turquoise face paint around her eye — might be enough for eyes to roll. But in reality, Garbus is a role-model for aspiring musicians and artists as she is unfazed and immune to judgment (see “Killa”). In reality, she is an expressionist flooding the audience with her personality, creativity, love, and music, all of which conjures up the purest and most joyful emotions. And still she tests the boundaries of experimental pop music with remarkable confidence.

The blend of positivity and experimentation couldn’t have been more in sync at Lincoln Hall. I don’t think Garbus was prepared for what this Chicago crowd was ready to give her, though the crowd was well primed by two more-than-able openers. Detroit alt-experimentalists Prussia, untroubled by the opening slot, wasted no time ousting the pending energy in the room. Frantic, if not forgivably histrionic, the crowd ate ’em up, including yours truly. Their closing number was a rousing stand-out which brought the loudest cheers I’ve heard for an opening band all year. 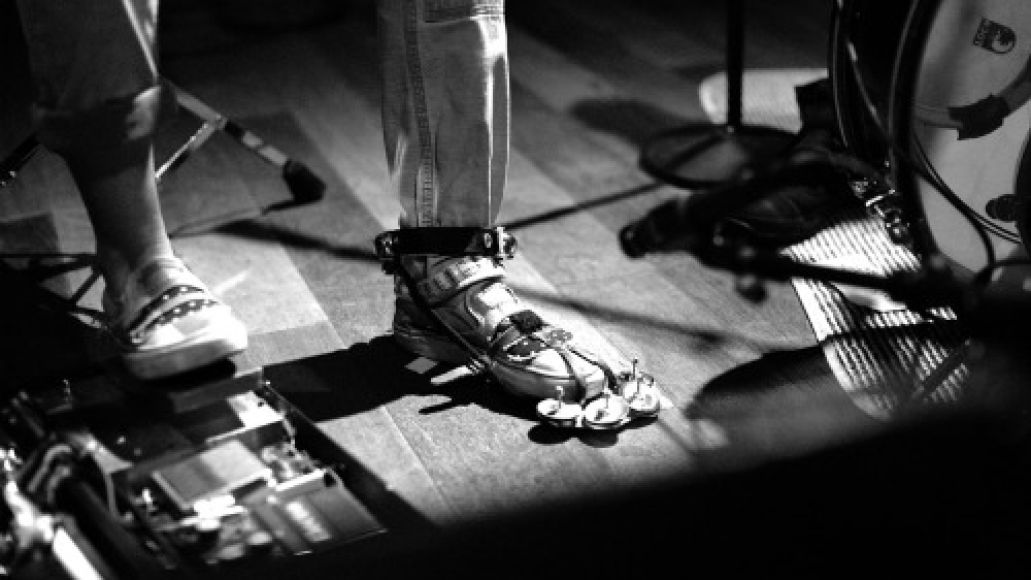 Equally enjoyable were the duo Buke and Gass, who sought to create as much music as humanly possible with only two people. To explain their parlance, the buke is “a self-modified six string baritone ukulele” and the gass is “a guitar-bass hybrid.” Couple that with Arone’s paper-thin voice and Aron’s Mensa riff-making, the two were hard to ignore.

And but tUnE-yArDs were an unparalleled experience. Garbus, bassist Nate Brenner, and a pair of saxophonists worked together to build something out of nothing. In silence, Garbus would wail a note into a mic, then another riff, and then another until a choir of open-toned vocals looped out through the speakers. The same went for the beat, as Garbus held a mic with one hand and molded a beat with her floor tom, snare, and hi-hat. Even watching her bare feet negotiate her maze of pedals was cool.

The songs formed from this DIY aesthetic became fleshed out and more volatile versions of those on the record. “Gangsta”, already a song with a non-traditional form, incorporated even more nooks and crannies live, all while maintaining that funky groove underneath. Garbus gestured semaphorically during the chorus, crossing two drum sticks over her head. There were several of these infrequent eccentricities that gave the show a subtle theatrical undertone. What does this cross mean? Why was her right arm stretched out and trembling during “Hatari” as she backed away from the microphone and growled like an animal? The intrigue and make-of-it-what-you-will aspect of these quirks still gives me delight. 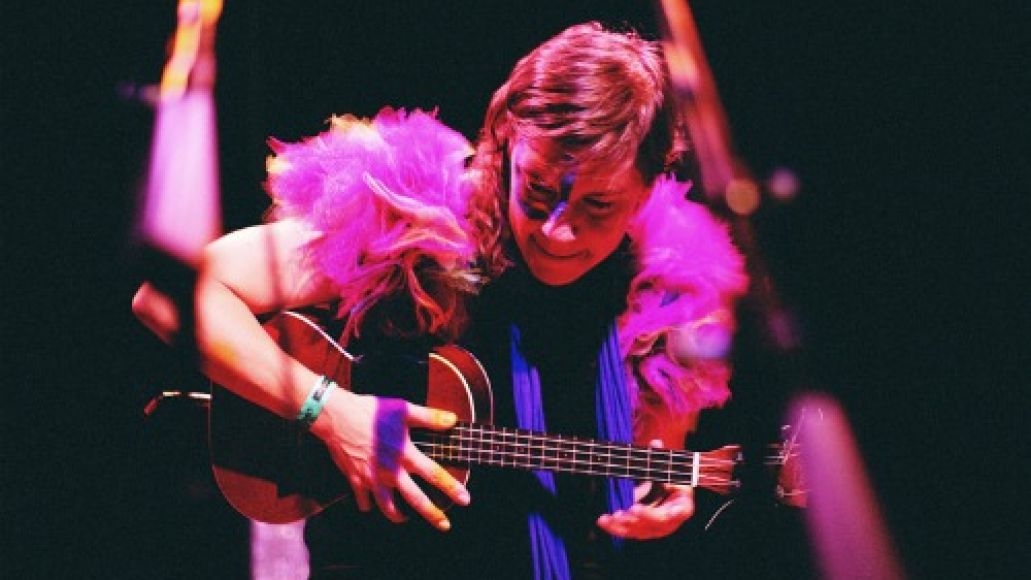 As powerful as “Hatari” was mid-set, the focus of the evening was songs from her latest album w h o k i l l, of which nine out 10 songs were showcased. The saxophonists tackled the opening melody to “Bizness”, and the crowd went nuts. You know that (now removed) video that Eric Wareheim took of those bros bro-ing out a Brochella? Imagine that, but with this group of girls, and far less insufferable. The crowd screamed as if we weren’t at some left-field experimental art-pop concert and it was pretty much the best thing. The excitement even bled into Garbus’ loops here and there. “Well, now you’re really a part of this song”, she said.

From that climactic note of “Powa” to the island sway of “Fiya”, Garbus never let up. Occasionally she’d sneak a childish smile to Brenner, perhaps alluding to what she’d later admit: “I dream about audiences like this.” But her furrowed brow and focused eyes constantly shot over the audience when she sang in a powerful gaze that did nothing but paint smiles across the crowd, including yours truly. Her performance was mined from deep within, and its torrential outpouring of soul and energy never ceased until the tribal dance party during closer “My Country” erupted into yet another deserved ovation. Even then, tUnE-yArDs’ show was one of those shows that internally spilled out into the street with smiles all up and down the block.