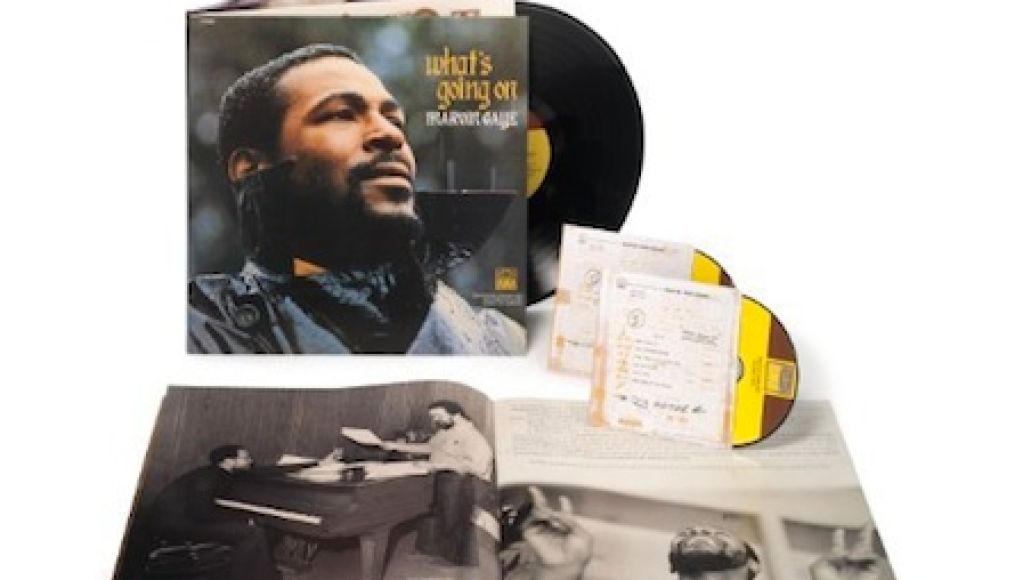 Certain situations call for certain playlists. If you’re going to thrash around violently, hopefully alone or in a group of six to 10 other similarly aged men, then we suggest Pantera. But when it comes to feeling something right and just in the very core of your being, there might be no other choice than the legendary Marvin Gaye. To celebrate Gaye’s innovative contributions to the field of soul music, Motown/UMe is celebrating the 40th anniversary of arguably Gaye’s most important album, What’s Going On, with a box set of two CDs, a vinyl LP, and other goodies that drops May 31st, some 10 days after its original debut on May 21st, 1971 (via Pitchfork).

Along with the album’s impressive tracklist (which includes cuts like the title track and “Wholy Holy”), it’s also the first album Gaye is credited as the sole producer. As a whole, the record is a powerful statement about Gaye’s thoughts on the Vietnam War as told through a concept album/song cycle about the pain and misery a returning vet encounters.

The first disc of the box set features the album’s nine original songs, plus 14 previously unreleased songs. The second disc is made up almost entirely of Studio B instrumental jams recorded after the LP’s completion. The entire collection plays hosts to an impressive number of outtakes, demos, non-album tracks, and more. Plus, like any good reissue or box set before it, the booklet features a couple of essays and behind-the-scenes photos from the original cover photo shoot. As if all that weren’t enough, the LP version of the record is the first time the album’s original mix, the “Detroit mix”, is being put out on vinyl.

Motown/UMe isn’t the only one celebrating the seminal effort, though. On July 24th, Stevie Wonder and The Tonight Show with Jay Leno bandleader Rickey Minor will hold a special tribute concert, with guests to include Sharon Jones and Janelle Monae (tickets are available here). Then, in May 2012, The Roots and John Legend will collaborate with the National Symphony Orchestra at the Kennedy Center in Washington, D.C.

In less inspiring news, the planned biopic of Gaye, to be helmed by Julien Temple, may be in some trouble. In an interview back in April, lead Jesse L. Martin said the production, and some four to five others, are meeting resistance from Gaye’s estate and may not come to fruition. As always, more on that as it develops.

Shania Twain Rejected Prince's Offer to Collaborate on "The Next Rumors"