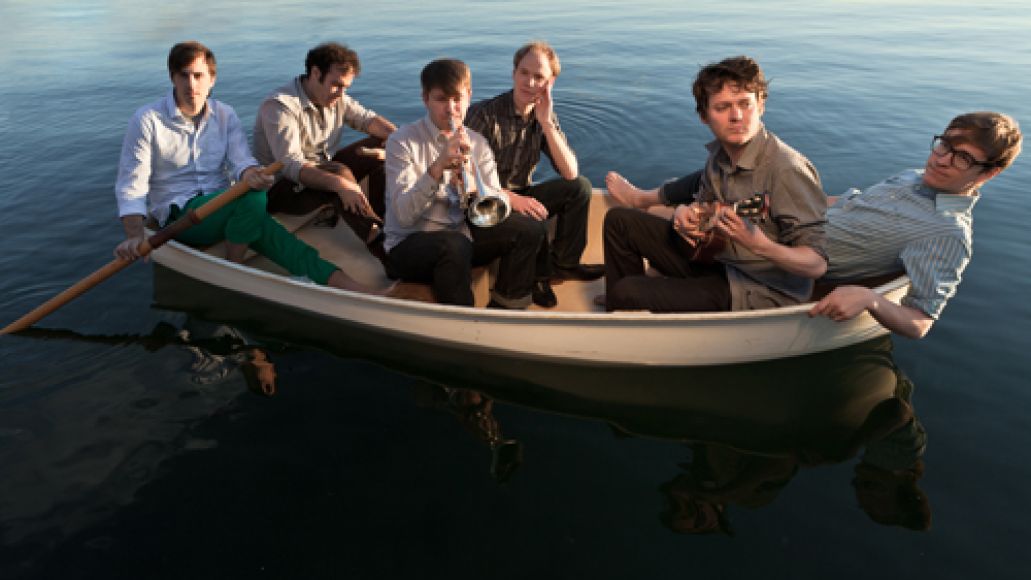 Beirut will return with their third LP, and first in four years, on August 30th via frontman Zach Codon’s personal imprint, Pompeii Records. Titled The Rip Tide, the record features nine tracks; below, you can find a stream for two album tracks, “East Harlem” and “Goshen”, which were released yesterday as a limited-edition single. Also for media consumption are videos of Beirut performing three other cuts, “Santa Fe”, “Vagabond”, and “Port of Call”.

Alongside frequent collaborator Griffin Rodriguez and the band’s “core” crew of touring musicians, Condon recorded The Rip Tide this past winter in upstate New York. However, despite the cold temperatures, Condon told HitFix that the end result is “sunny.” He added, “I write sad songs when it’s nice outside. I write warm and happy songs when I’m up to my neck in snow for three months.”

In support of the release, Beirut will spend much of the summer touring North America and Europe. You can find their entire touring schedule below the aforementioned media and the album’s tracklist.