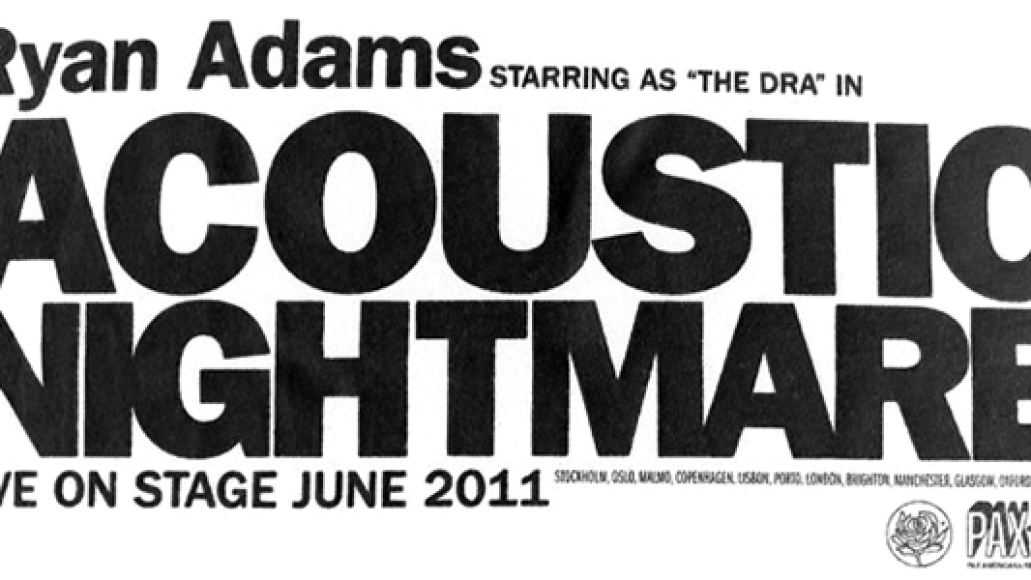 Those lucky enough to catch Ryan Adams on his ongoing European outing are also being treated to a tour-only 7″ featuring a previously unreleased track called “Empty Room” and a cover of Alice in Chain’s “Nutshell”. Both cuts have surfaced on YouTube and are available to stream below.