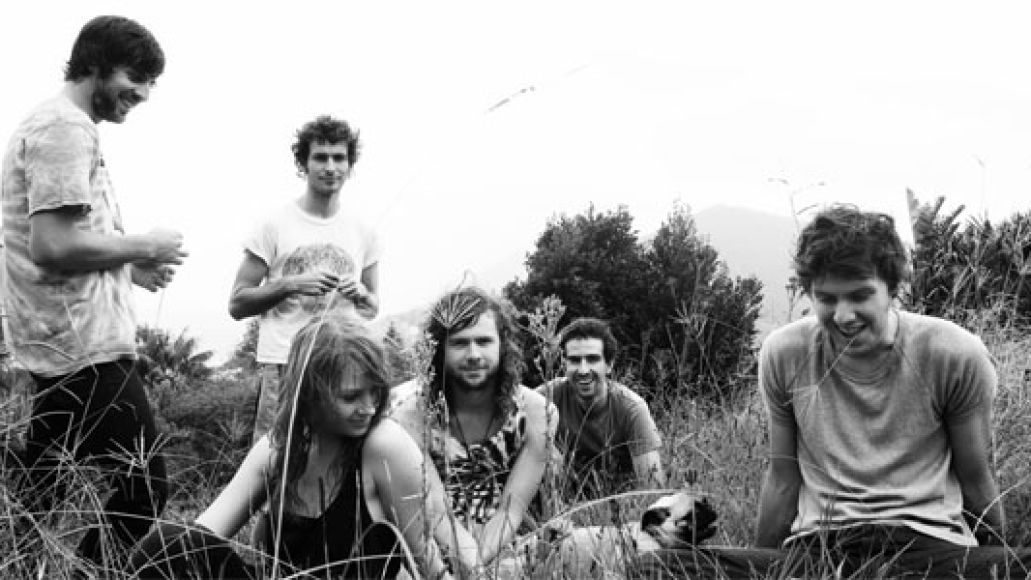 Aussie collective The Middle East have gained only minimal ground in America, but hopefully that will change July 12th when the band’s debut full-length LP arrives stateside. We have no idea what’s going on with the grammar in the title I Want That You Are Always Happy, but it exudes a certain innocent cheeriness, which is further exemplified by the album’s first U.S. single, “Hunger Song”.

It’s a dance-y, nostalgic folk tune that calls to mind former tourmates Grizzly Bear and Mumford and Sons. If you like extended dreamy vocal harmonies and strings, download the track for free below. And if you live in Australia or Japan, do yourself a favor and check them out later this summer.