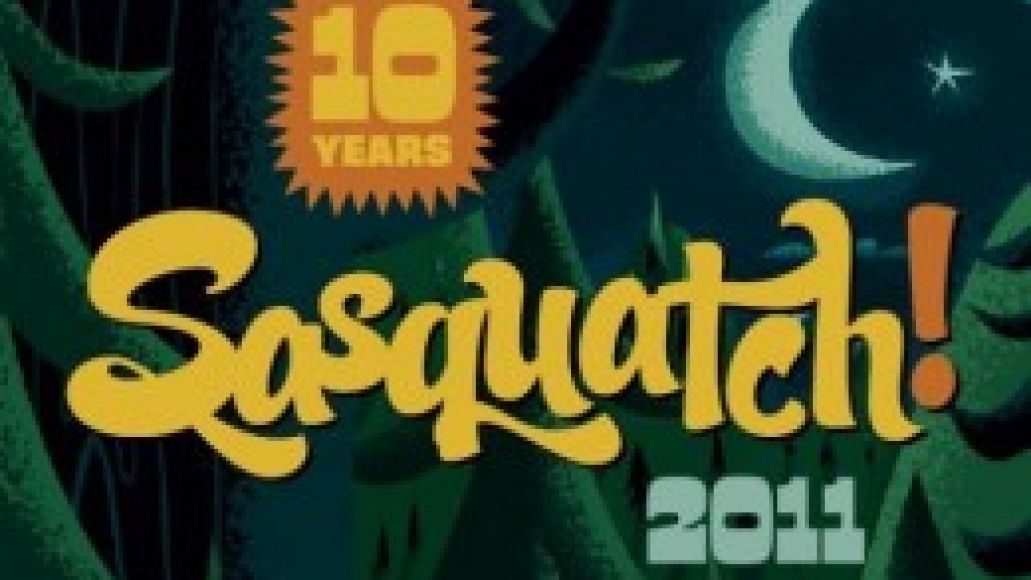 “Not considering this opening worthy of more attention, I continued our pursuit to the Northwest, being desirous to embrace the advantages of the prevailing breeze.” – George Vancouver, 17th century English explorer

Breathtaking describes a lot of things. It’s typically a “go-to” adjective for anything remotely awe-inspiring. For Sasquatch! Music Festival, it’s the only word that works. There’s little room for where it doesn’t work, come to think of it. Even the drive in from Seattle, WA is enough to yank tears from the eyes. Driving through the Mt. Baker-Snoqualmie National Forest, you can’t miss the ominous Douglas-firs, or pry your hands from the wheel at the unpredictable roads that weave and snake through the mountainous terrain. It’s an adventure in every sense of the word.

But, that’s just the drive. Once you’re there, snuggled between the small towns of Quincy & George, you’re essentially cut off from the traditional confines of society. You’re a free spirit, roaming the natural habitat. It’s a liberating feeling, but also somewhat frightening. You’re at the hands of society’s loose change. Actually, it’s very frightening. But, that risk is what makes it so extraordinary. After everyone’s settled and the traffic conditions slacken, festivalgoers, musicians, and staff co-exist together in a melting pot within a melting pot. It’s madness, it’s a little chaotic, but it’s raw. It harkens back to the age-old American idealism of venturing beyond, exploring the uninhabited abyss.

What an abyss, though. It’s so easy to just say, “Well, the Gorge is out of this world. Duh.” But, that’s really it. Natural wonders retain that title for a reason. The Gorge earns it triple-fold. There are colors baked into its natural walls that haven’t even been named yet. Even more spellbinding, these colors evolve every minute, every hour, and each day. So at first glance, it’s something you’ll remember forever, but that feeling never leaves you.

Couple that with music and it’s truly a win-win.

Festival Review: CoS at Sasquatch! 2011