Words like “weird”, “pretentious”, “buzz-band”, and “artsy” are often poised to unduly decapitate some pioneering force in music, like some police state setting out to crush the bohemians with their wacky ideas and funny hats and cigarettes. One careless drop of any of these words in the context of music will no doubt just shitty up my whole damn day. But I guess when there’s a whole sect of music coming out of Baltimore’s Wham City Collective (helmed by Dan Deacon) that is decidedly “avant” or “unconventional”, it’s hard not to think about a band such as Future Islands as an opposing current to the main stream — something “‘weird”. On record, Future Islands are a bit confounding. Vocalist Sam Herring often sounds trapped in a straitjacket through my speakers at home, awkwardly contained on a record. And in thinking about the show beforehand, I had hoped that live, Herring would break free of the confines of something so seemingly static as “a recording of a song” and explode into like a thousand brilliant fireworks. I was half right. 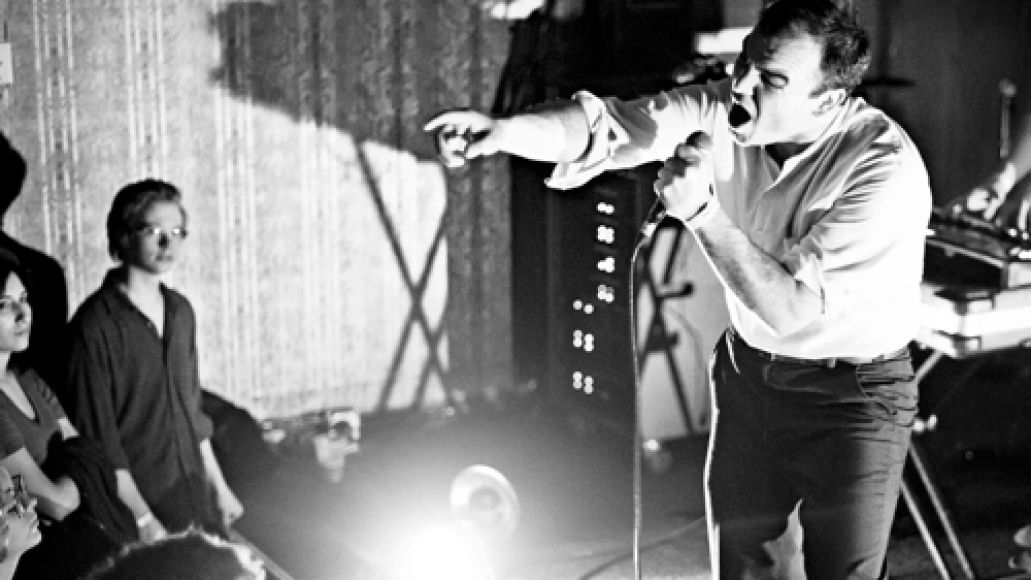 See ’cause Herring still can’t break free of whatever bonds are holding him back, and it’s one of the most fascinating things to watch on stage. All the aspects of his performance made up the majority of Future Islands’ show at Chicago’s Subterranean on Wednesday night, with the whole music thing coming in a close second. That’s not to say that Future Islands forewent their focus on post-wave futureshock Deaconite dance tracks. Musically speaking, the band is moving forward with their new material, experimenting in dream-gaze and synth-chamber music. The recently released “Before The Bridge” waves that chill flag high, as did several other unreleased new tunes such as the tentatively titled “Tomorrow” which saw Herring at his least eccentric and most earnest. That is, until the chopped waltz of “Little Dreamer” closed the evening with the slow swaying of the crowd, and a relatively still Herring wooing us into the night. 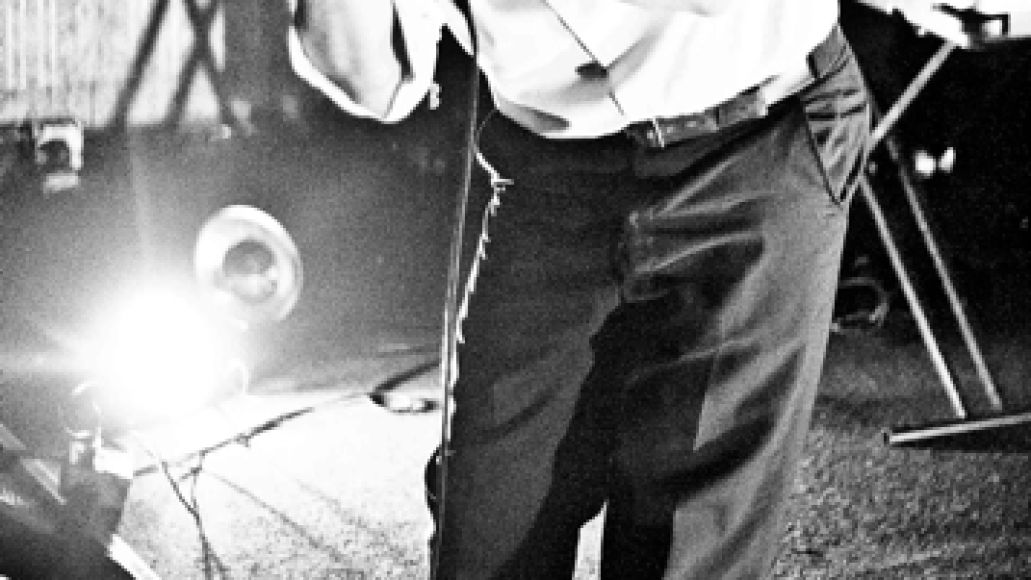 But before any of that happened, there were the inciting songs that sparked the energy of SubT. It started with with the sing-along “Inch Of Dust” with the bulk of Subterranean singing, “I’ll be there always.” Herring conducted the crowd and begged for something from each and every person by making close, presumedly uncomfortable eye-contact with those in the front. His face and body contorted into exaggerated forms, oscillating from a sort of sad Shelly Levine character to straight on Henry Rollins, especially at the end of “Long Flight” where Herring summoned screams that would make any hardcore band blush. He’s like a Mike Patton whose tongue never, ever seems to be in his cheek.

Herring’s singing voice changed just as vastly and quickly: he could be Aaron Neville and Tom Waits in one breath. “Tin Man”, the clear highlight of the show, was like watching a schizophrenic suck you into his world, and all of a sudden you’re a part of it, and (if you’re that one guy) up on stage with Herring stage diving into the crowd.

No doubt there’s a few people at the show who had about as much enthusiasm as William Cashion and J.Gerrit Welmers, the bass and synth player that stayed motionless and expressionless throughout the night. Those turned off by Future Islands’ theatrics probably realized that the band aren’t one for being subtle, or detached, or hip. Herring favored pouncing from one end to the other making grand gestures with his entire body, never once breaking character. And even with so much (un) choreographed physical expression, he still looked caged, like this amount of purging was nowhere near what needed to be done for him to fully explode into a thousand brilliant fireworks. That’s fine, I’d rather he didn’t — it’s probably safer that way.

Sadly, just after the show, some of Future Islands’ gear was stolen. Bassist William Cashion wrote:

“They smashed our van window and only stole Gerrit’s bookbag, a red & black bookbag, which, among other things, had his laptop in it with all of our backing tracks… at 1am in the parking lot of Lazos… It’s also worth mentioning that the dudes who robbed us put two pieces of cheese on our windshield, as a calling card”

If you have any information on the theft please contact the band at fuschiaeyelids [at] gmail [dot] com. Thanks!
——