Last Sunday, June 5th, was a big night for South Florida. You had one of the most important games of the NBA season – Game Three of the Finals between our Miami Heat and the Dallas Mavericks – and a highly anticipated gig with Matt & Kim and The Thermals at Fort Lauderdale’s Culture Room.

Most of South Florida could have easily saved their 20 dollars, turned on ESPN, popped open a beer or two, and watched a killer game…instead, plenty of youths abandoned their living rooms, opened their wallets, and indulged in the experience that is a Matt & Kim event. Good choice. (Editor’s Note: Actually, they missed an unbelievable Game Three, one of the closest of the season. But, to each their own.)

Going to a Matt and Kim concert is like going to the circus. You go to see that great finale. Whether it be the elephant that balances a women on its trunk or a tiger that walks on a tight rope…all in all, you go to see some serious shit.

The opening act to this circus extravaganza? Autobot from Flosstradamus. Now, South Florida knows how to have fun but the crowd wasn’t immediately sold from the DJ’s stage show. In some respects, it really was just glorified house music…that was until Journey’s remixed “Don’t Stop Believing” erupted from the stage and everyone jumped for joy to the ever so nostalgic sounds of the 80‘s. Classy. 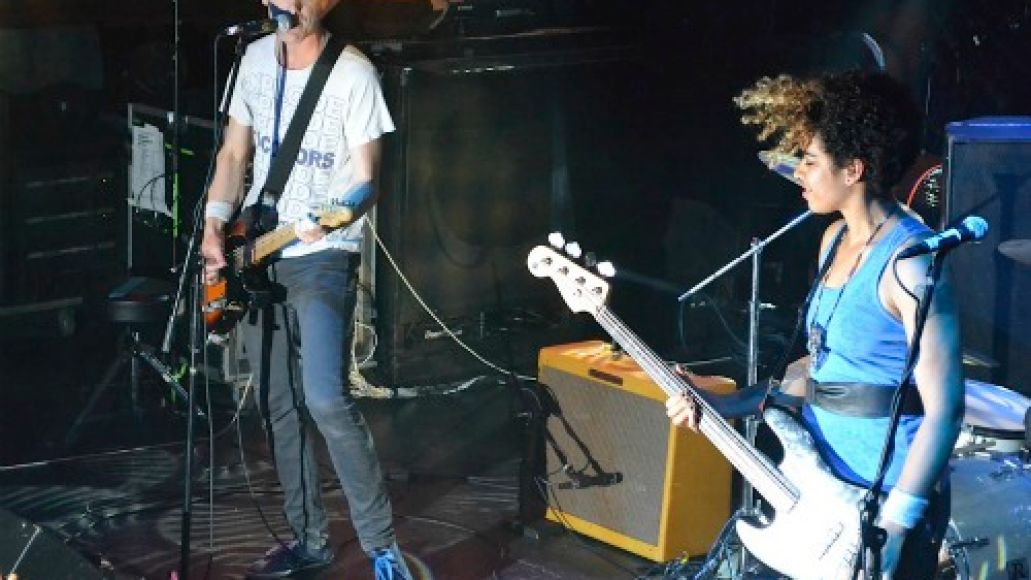 Once DJ Autobot ran his course The Thermals took over the stage and fast. Drummer Westin Glass wasn’t playing around and wanted everyone in South Florida to know that The Thermals meant business. The crowd was still edgy from the set before so all The Thermals had to do at this point was play music and fast. That they did.

Being a first time listener of The Thermals had its many perks that night. I fit into the crowd who was very oblivious as to what was going to happen on stage, and I, much like South Florida, loved every bit of it. Whether it was Hutch Harris’ quirky and very addictive guitar lines (which still flirt in my head) or the eye candy which any man or woman can respect from Kathy Foster’s constant bunny hops about stage whilst playing a melody-quenching bass line — South Florida took a bite at what The Thermals were serving and went back for seconds. Still supporting last year’s strangely addictive Personal Life, the Portland trio definitely roped in a few hundred new fans. Easily. 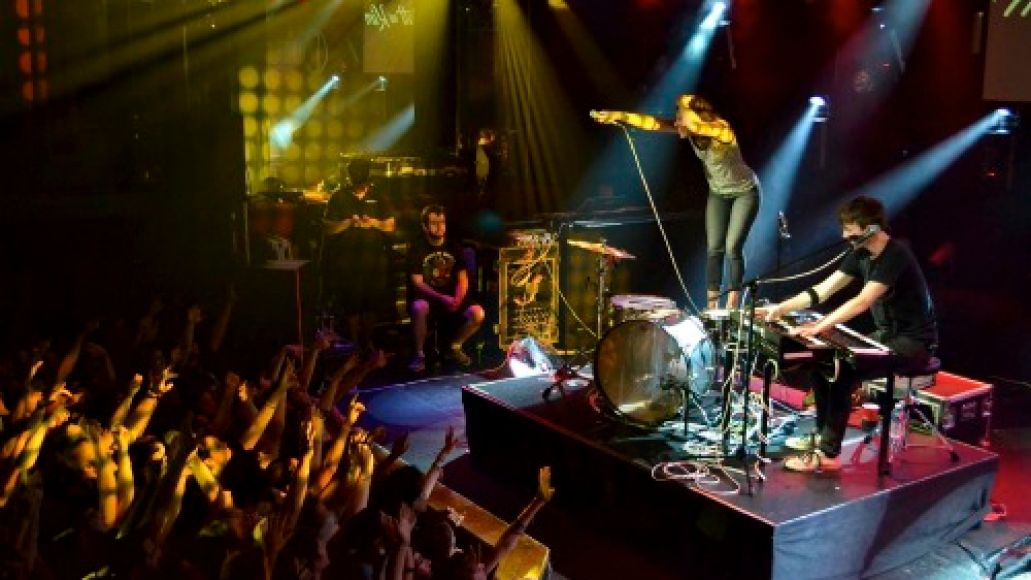 Like any traditional Matt & Kim show, the lights dimmed and Jay-Z’s (incredibly overplayed) “Empire State of Mind” hit the speakers only for the audience to see an ecstatic Matt and Kim hit the stage. With a new album in tow, last year’s Sidewalks, and single “Cameras” and “Block After Block” in heavy rotation, you’d think that Matt and Kim would switch things up a bit. Still, nostalgia struck hard when Kim, much like a rabid puppy when set loose, exploded behind the drum set and brought the audience to their utmost peak, at least in regards to energy and overall engagement. Matt gave the audience his traditional looks and gestures, attempting to keep things as intimate as possible. To say the least…the show was coming along much like any Matt and Kim show.

That’s what bothers me. Seeing Matt & Kim over three times, I am mildly biased, but plenty of time has passed between those three occurrences…so, why haven’t they changed things up? Kim booty danced on the crowd. Balloons were handed out and tossed about the venue. Kim stood on top of her drum set. Matt stood on his piano chair. Confetti was tossed about. You’ve seen it in every review and at most of the festivals across the nation. 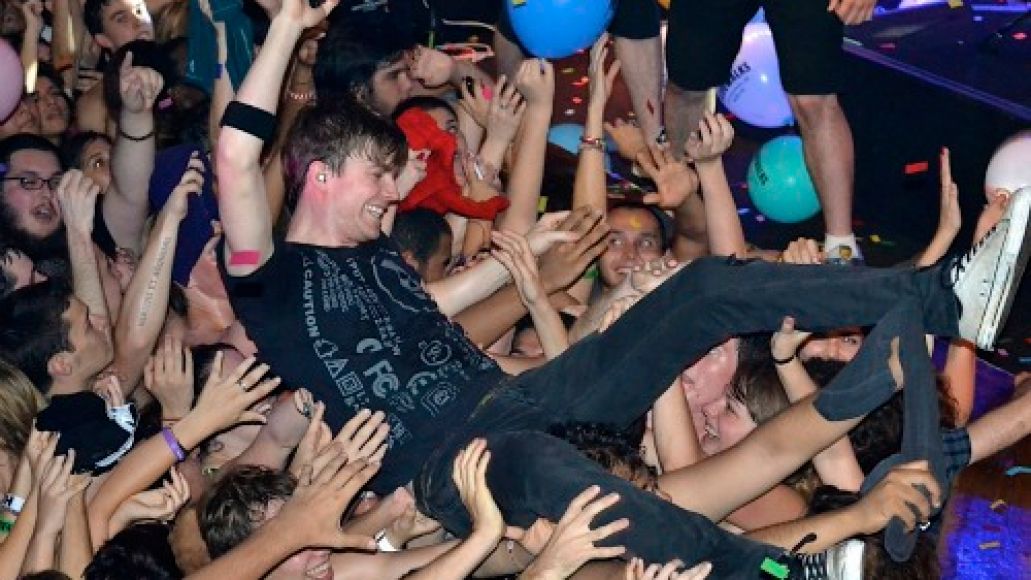 Well, it wasn’t all the same. At one point, Kim randomly asked for a bro fest and instructed all the men in the venue to take off their shirts, to which they complied and shook them over their head. That was different.

However, going back to my original analogy: Fans go to Matt and Kim shows to have a good time. Did South Florida leave with a smile on their face? Of course. Did they give 110%? No doubt. Was it essentially the same show you’ve seen in the past? Absolutely. Therein lies the problem of over-touring.