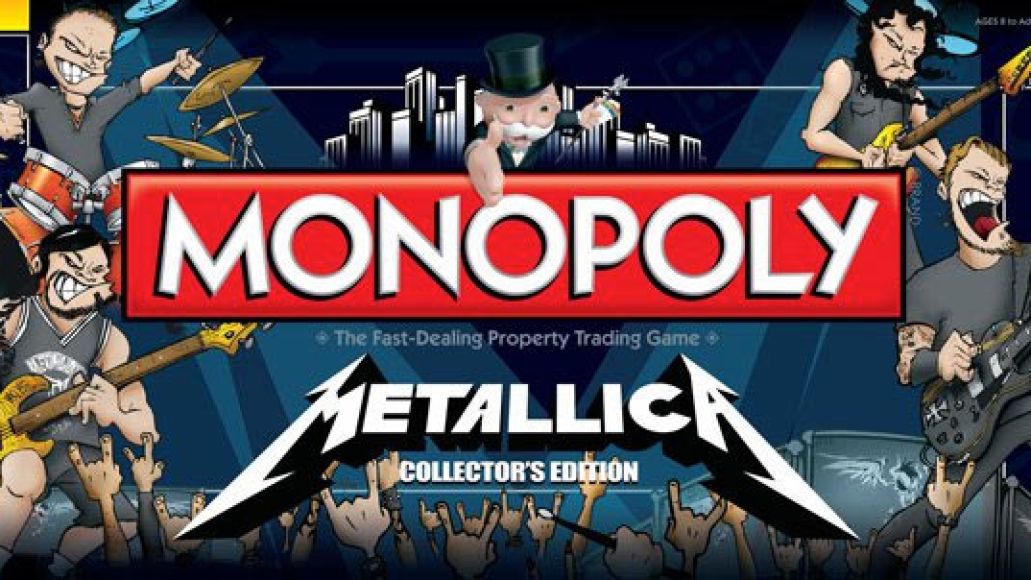 Metallica are the masters of many things: puppets, thrashin’, getting paid royalties, et cetera et cetera; now add Park Place to that list as the band are the next set of rockers to have their own customized version of Monopoly. According to the band’s official merchandise page, the Big Four rockers will join game night with The Beatles, The Rolling Stones, and Kiss, all of whom have their own versions of the Parker Brothers classic.

Previous customized editions come complete with tokens and cards celebrating their respective band’s discographies, taking players down Abbey Road on The Beatles’ version and Exile on Main Street for The Rolling Stones’ edition. Metallica has not released any details about the board, but their edition will likely include rides on Fade to Black Railroad and “Seek & Destroy” chance cards. And, of course, a Go To Therapy playing space.

Metallica Monopoly will be available beginning the week of June 13th.

Metallica now have their own Monopoly game