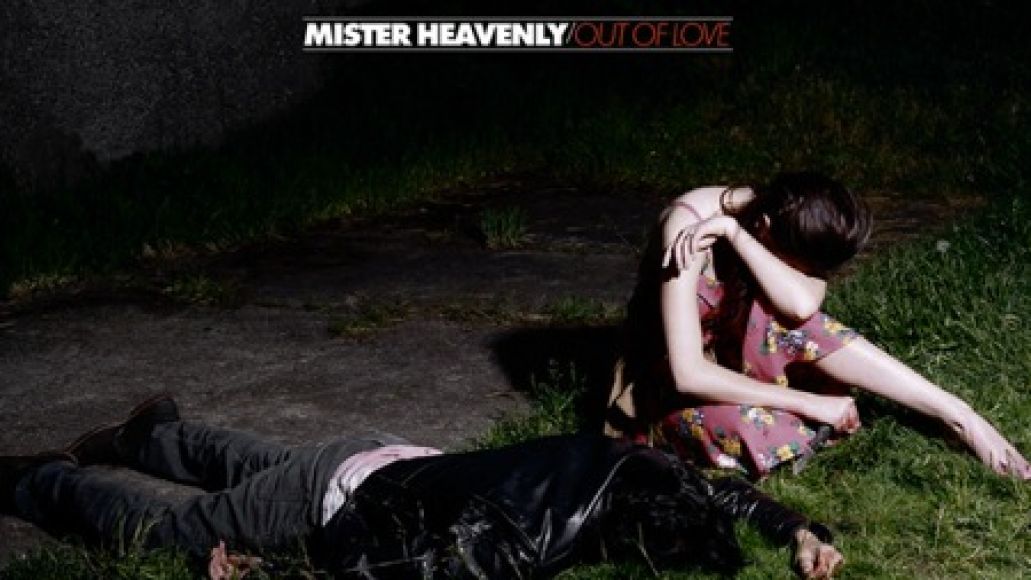 Above, you’ll find the artwork for Mister Heavenly‘s debut full length, Out of Love, which arrives in North American stores on August 16th via Sub Pop. Two days later, on August 18th, the band comprised of Nick Thorburn (Islands/The Unicorns), Ryan Kattner (Man Man), and Joe Plummer (Modest Mouse) will look to support the release when they launch a 14-date West coast tour. The Pacific Northwest gets first dibs, with the band then making their way south for dates in San Francisco, Salt Lake City, and Denver. After playing three shows in Texas, along with one-offs in Oklahoma and Arizona, Mister Heavenly will return to Cali for two more dates, culminating with an appearance at FYF Fest in Los Angeles on September 3rd.

Below, check out the band’s complete tour schedule as well as an mp3 for the track “Pineapple Girl”.