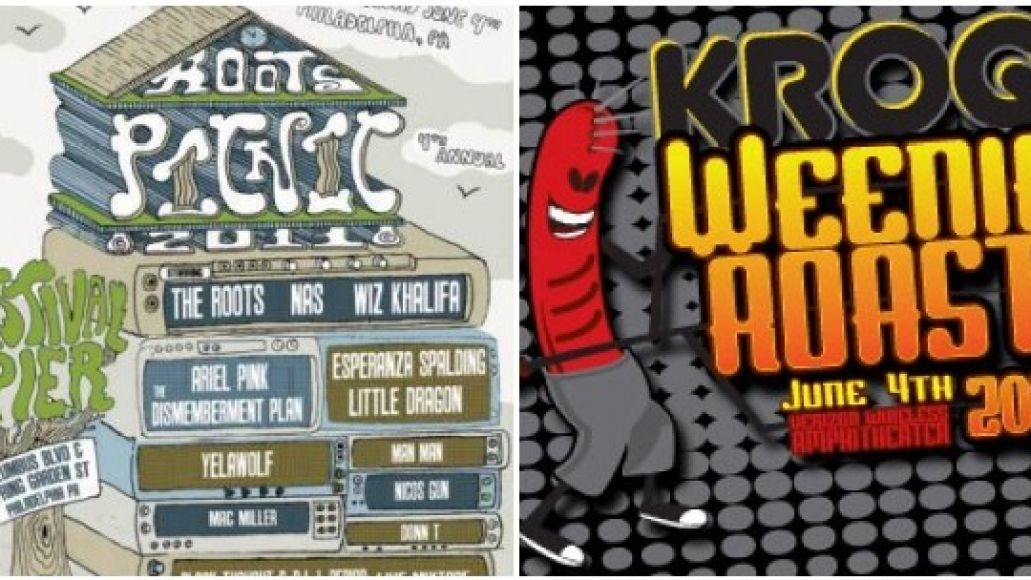 We’re only now recovering from the madness of last weekend — we did travel to three different continents after all. For the true weekend warriors though, this Saturday brings two more festival options: the Roots Picnic and KROQ’s Weenie Roast. Then again, in the day and age of the Internet, attending doesn’t necessarily require a physical presence as both events will be streaming their respective festivities via webcast.

The webcast for the Philly-based Roots Picnic begins at 1PM EDT at okplayer.com and features performances from the main stage, including Little Dragon, The Dismemberment Plan, Ariel Pink, Edward Sharpe & The Magnetic Zeroes, Esperanza Spalding with The Roots, Wiz Khalifa, and Nas with The Roots.

The Weenie Roast webcast, which comes live from Los Angeles, CA, begins at 2PM PDT and promises performances from The Strokes, Linkin Park, Bad Religion, Cage the Elephant, and Young the Giant, among others. You can watch the entire thing on CoS via the widget posted below.